An intelligent, moving, original, tangential response to Romeo and Juliet, Starcrossed  feels, in many ways, like traditional Shakespeare. The three actors are in Elizabethan dress. And I was constantly impressed by the language. Rachel Garnet’s text weaves Shakespeare’s  familiar verse and her own so neatly together that it’s seamless fusion. Most of the play is in iambic pentameter, complete with occasional rhyming couplets and contemporary usage such as “Art thou” and “Go forth”. It’s clever stuff which pounds along with great clarity.

The narrative conceit is that, at the same time as Juliet and Romeo  meet and fall for each other in the background, Tybalt (Tommy Sim’aan) and Mercutio (Connor Delves) realise they are in love. Tybalt tries very hard to resist it but eventually succumbs. The scene in which they wake up after spending the night together, uses Shakespeare’s beautiful lark/nightingale dialogue. Thereafter – when they’re almost caught together – we get a hilarious traditional bedroom farce with much hiding under the bedclothes and quick fire on stage misdirection. It’s a very well paced play.

Gethin Alderman plays almost all the parts except Tybalt and Mercuitio and he is a magnificent, often very funny, actor, Among other incarnations he finds a lofty, gobbled voice for Capulet, a light soppy one for Romeo and a rough bellow for Salvatori, a character not in Shakespeare’s play but essential to the plot here. Alderman exploits his towering height too.

Delves makes Mercutio mercurial and very seductive and Sim;ann brings serious gravitas tempered with warmth to Tybalt. And the  three cast members are finely attuned to each other.

The piece is peppered with wistful folk songs and Elizabethan ballads – mostly in minor keys led by Delves on small guitar, They feel atmospherically appropriate.

Many Shakepeare spin offs – and Juliet or Matthew Bourne’s Romeo and Juliet ballet for instance move a very long way from the source material. Starcrossed is refreshing and enjoyable because, despite its plot twist, it actually celebrates Shakespeare’s play. When Mercutio dies, for instance, we’re straight back to the lines we’re all familiar with. Of course there’s room for both approaches. 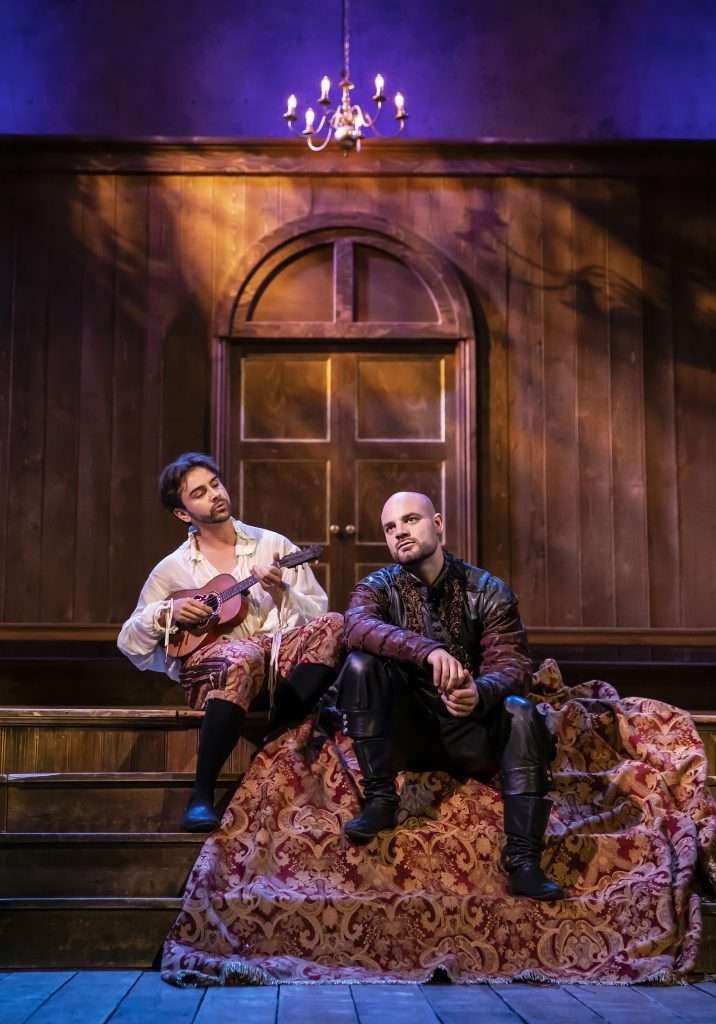 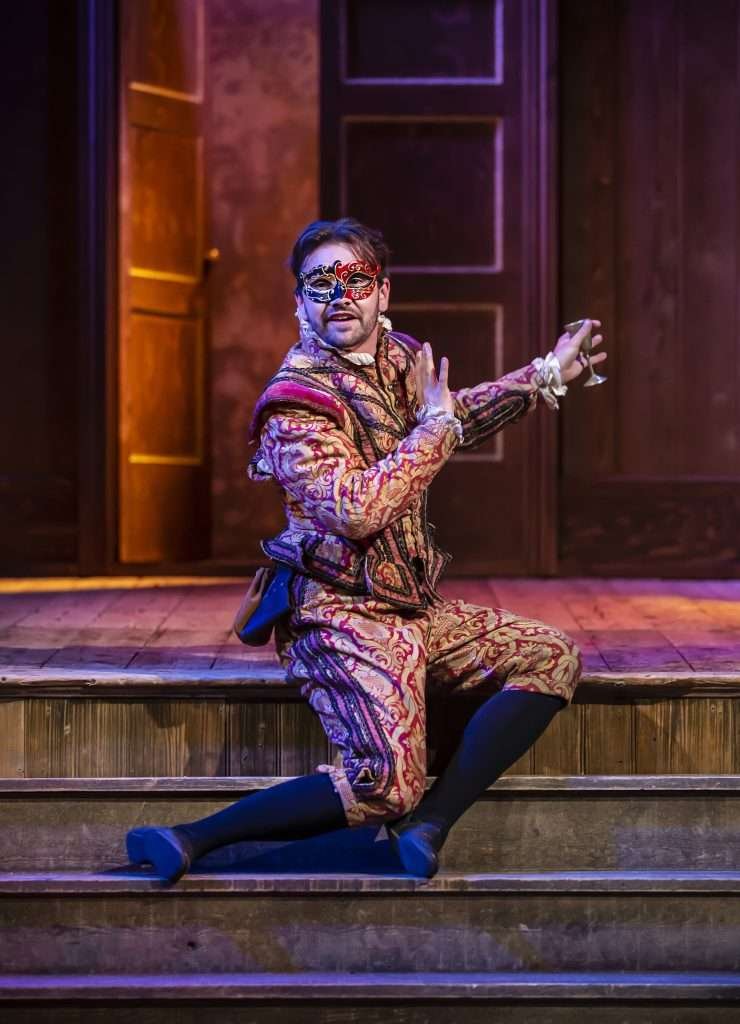 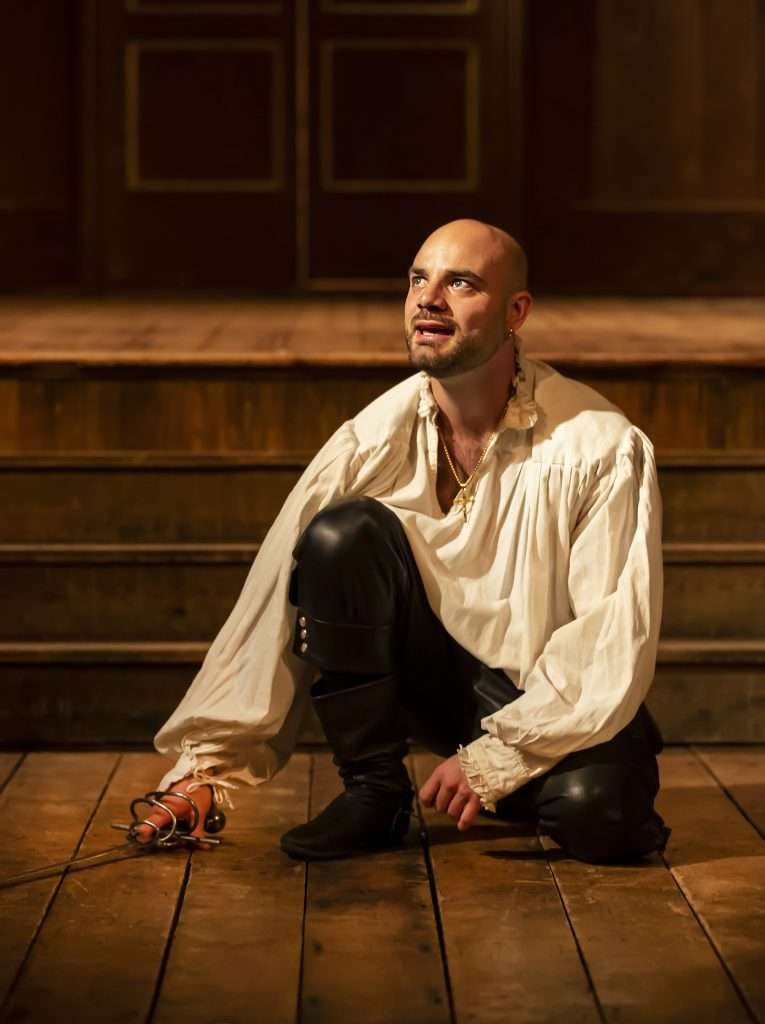 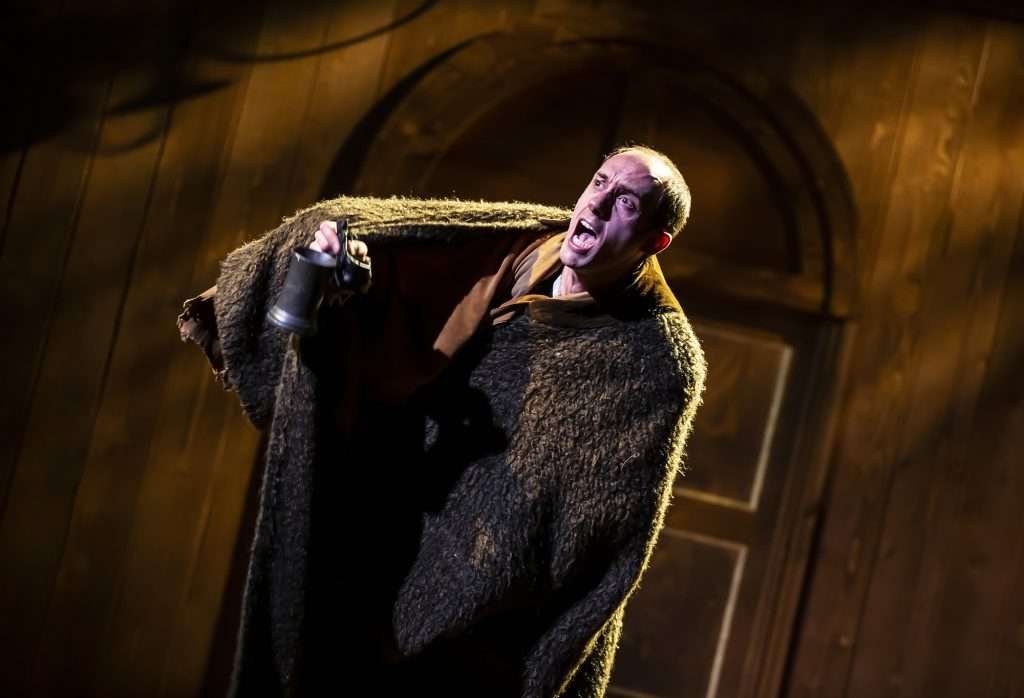 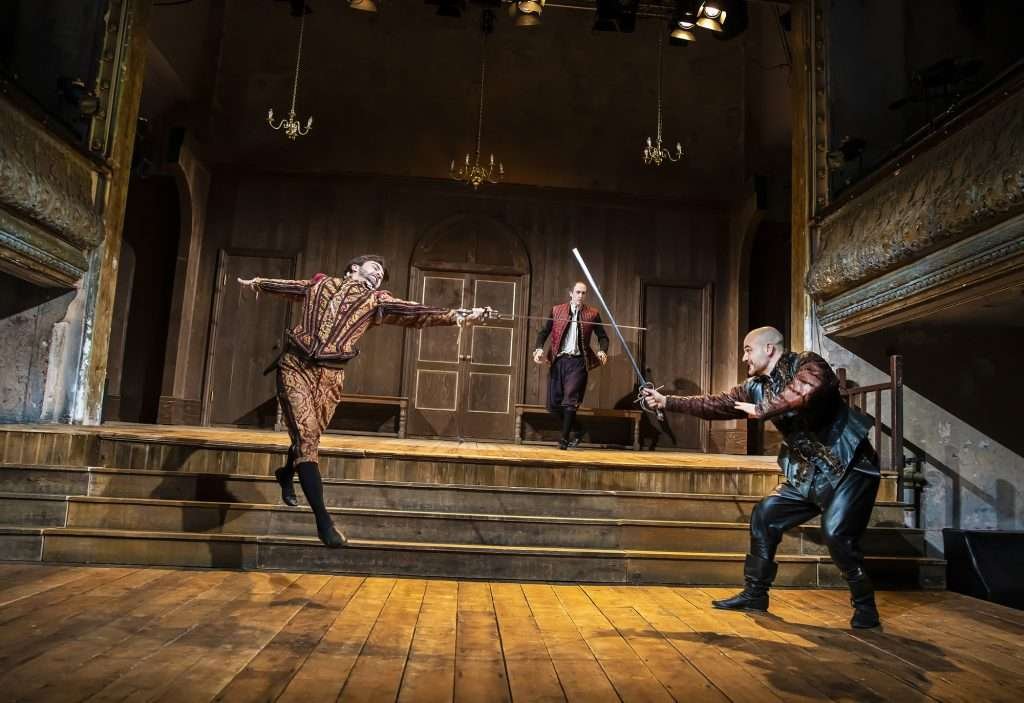 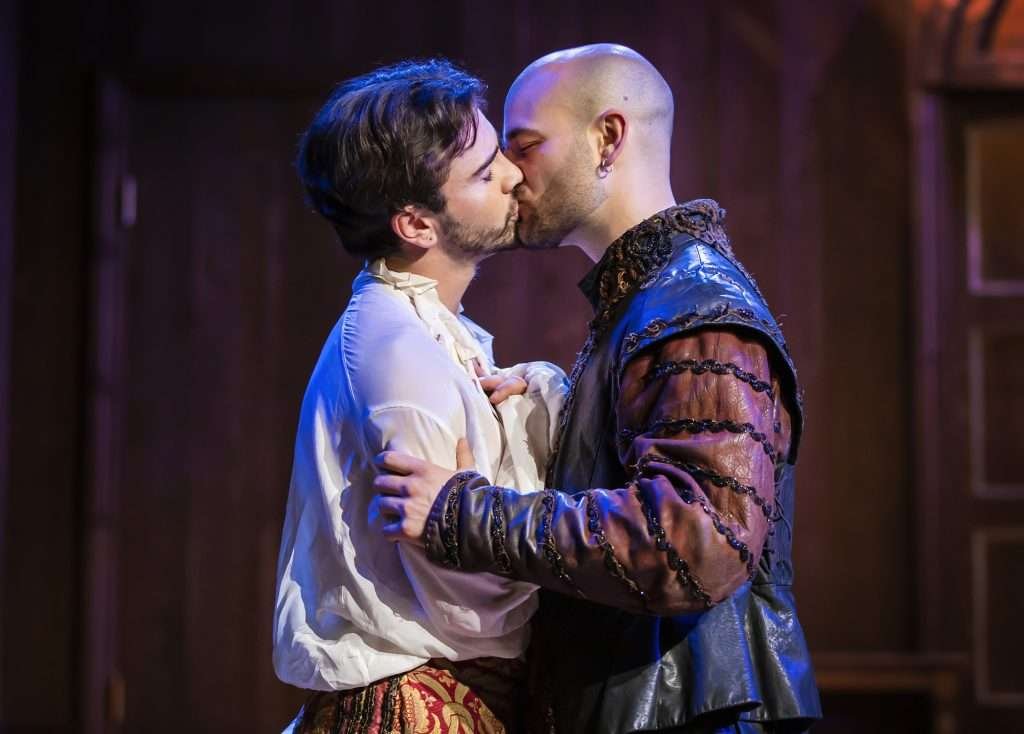