It’s an unlikely proposition – a musical version of a set of poems by (deeply unfashionable) Rudyard Kipling performed by 34 teenagers with a seven-piece live band in a tiny space not really designed for theatre. But it comes off in spades. 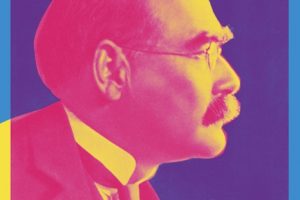 Timed to mark the centenary of the end of the Great War, this 60-minute show is as moving as it is slickly directed by Conor Mitchell who also composed it, with strong rhythmic choreography by Richard Chappell.

We open with a rallying, slightly defensive speech by Kipling himself …

Read the rest of this review at Musical Theatre review: http://musicaltheatrereview.com/barrack-room-ballads-youth-music-theatre-uk-national-army-museum/