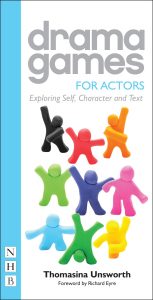 These are just some of the interesting performing arts books which have winged their way to my desk in recent weeks.

A study of Nick Hytner’s Shakespeare work is timely, for example in the week that the opening programme – to include a promenade version of Julius Caesar – is announced for his and Nick Starr’s Tower Theatre for later this year. Shakespeare in the Theatre: Nicholas Hytner by Abigail Rokison-Woodall is published by Bloomsbury in its Arden Shakespeare series.

Then still on Shakespeare (and partly on Hytner who writes the foreword) comes, from Nick Hern Books, a volume comprising twelve in depth interviews with leading actors about specific roles. Julian Curry’s Shakespeare on Stage Vol 2 gives us Zoe Wanamaker on Beatrice, Michael Pennington on Timon, Eileen Atkins on Viola – and nine others, all of them illuminating.

And before we leave England’s greatest playwright I also enjoyed Stanley Wells A Very Short Introduction to Shakespeare’s Tragedies (Oxford). Like all the other titles in this extensive series it manages to say a great deal in 120 uncompromisingly informative pages. As always “very short” certainly doesn’t mean “dumbed down”.

I have a couple of useful how-to books for actors too. First there’s The Process: the secret of successful acting by James Bowden  co-founder principal of Dorset School of Acting who has an impressive record for getting his foundation course graduates into top vocational schools so he’s well worth heeding.  And actors, ever in search of ways of honing their craft, developing useful rehearsal techniques and so on  are likely to appreciate the latest in Nick Hern Books’s Drama Games series. This one is Drama Games for Actors by Thomasina Unsworth who teaches at Rose Bruford.

Play texts are always interesting. (We should all read more plays). Current crop of new ones includes Leopoldville by Jaki McCarrick (Samuel French)  which Papatango premiered at Tristan Bates Theatre in 2010. Mike Bartlett’s very funny and provocative Cock which opened at Royal Court in 2009 is published by Bloomsbury Methuen Drama in its Drama and Performance Studies series. Also new from Bloomsbury is a useful volume consisting of three monologue plays for women all commissioned and produced by Fishamble. They are The Wheelchair on my Face by Sonya Kelly. Charolais by Noni Stapleton and The Humours of Bandon by Margaret McAuliffe. 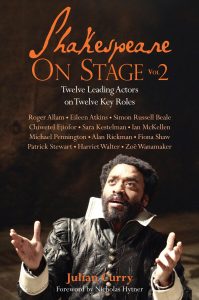