The highlight of this concert was an enjoyably intelligent account of Mendelssohn 3rd Symphony – the Scottish – with which it ended. After a slightly wobbly start to the ever-challenging opening andante, Thomas Carroll found lots of colourful detail in the scherzo and the closing maestoso. And third movement, the allegro cantabile (surely one of the most lyrically eloquent and sublimely beautiful movements ever written?) was in very capable hands here: plenty of tender power coaxed out of every player. 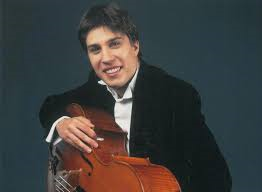 I was less happy about the Schumann cello concerto which Carroll conducted from the cello. Of course he played this undersung, and actually rather underwhelming, concerto well enough but the orchestra was, at times, audibly rudderless. It took a while to coalesce and settle, although it warmed and thickened as it progressed through its three, continuous, quite succinct movements. There are plenty of precedents for cellist conductors (Rostropovich, Alfred Wallenstein et al) but I think in this case, one or the other might have worked better. Multi-tasking isn’t always a good idea musically.

Over two thirds of this concert was in A minor and, as Carroll pointed out when he addressed the audience before the Mendelssohn, the concerto and symphony have a lot in common which was the rationale for programming them together. Both works, for example, start on the same four notes, have a movement in F major, include a fugue and conclude joyfully.

It was refreshing, therefore, to precede them with something completely different – another key (D Major), country, century and mood. Prokofiev’s first symphony makes an good  concert “overture” (as it were). As in each of the three works in this concert the first few bars were disconcertingly uncertain but then we got lots of delightfully insouciant leggiero string playing, some bouncy, syncopated woodwind work in the elegantly delivered gavotte and a saucy molto vivace which included some nifty flute playing.