Socrates was a Greek philosopher at the turn of the Fourth Century BC. He questioned everything, was found guilty of atheism and died in prison of hemlock poisoning in his seventies – forced suicide as a form of execution – having resisted attempts to help him escape. Howard Brenton’s quite concise (two short acts) play uses these facts to create a witty, incisive commentary on 21st Century democracy, freedom to think and the function of art, among other things. And it’s rich theatre.

A four-hander directed by Tom Littler (who will be much missed at Jermyn Street when he moves to Orange Tree Theatre, Richmond later this year) it purrs along thoughtfully. It is also very funny because Brenton’s dialogue is second to none and we chuckle at mildly incongruous modern expressions, references to the plague and cynical lines such as “witch hunting and pulling down the old truths,” or “The young think it’s their right not to be upset.”

In a strong cast, Robert Mountford is outstanding as Euthyphro and then as the gaoler. He has very expressive eyes and talks with them. His Euthyphro quizzes Socrates (Jonathan Hyde) and is clearly irritated with him as well as trying to make him see sense about the management of his trial. He is variously persuasive, supportive and self-interested. When he morphs into the gaoler in the second act – coarse, forthright but gruffly sympathetic and using the strident voice of an uneducated man – we hardly recognise him. It’s masterly acting.

Hyde, using a deliciously refined voice.  finds all the right tiresome persistence in Socrates. He’s a decent enough chap but like his friend Euthyphro most of us would cross the street to avoid a long conversation with him. Hannah Morrish brings anger, passion, anxiety and dignity to Xanthippe, Socrates’s young wife and later as a rather creepy masked representation of the demon which possesses him. Sophie Ward’s account of Aspasia, an intelligent, articulate woman and former mistress, trying to help Socrates, is convincing as she manipulates the dynamic between the others. These four actors are an evidently well bonded team – different pairings occupy various scenes and they all play off each other effectively with much attentive listening.

It’s quite a treat to see a new play which manages to be both entertaingly accessible and intelligently exploratory. 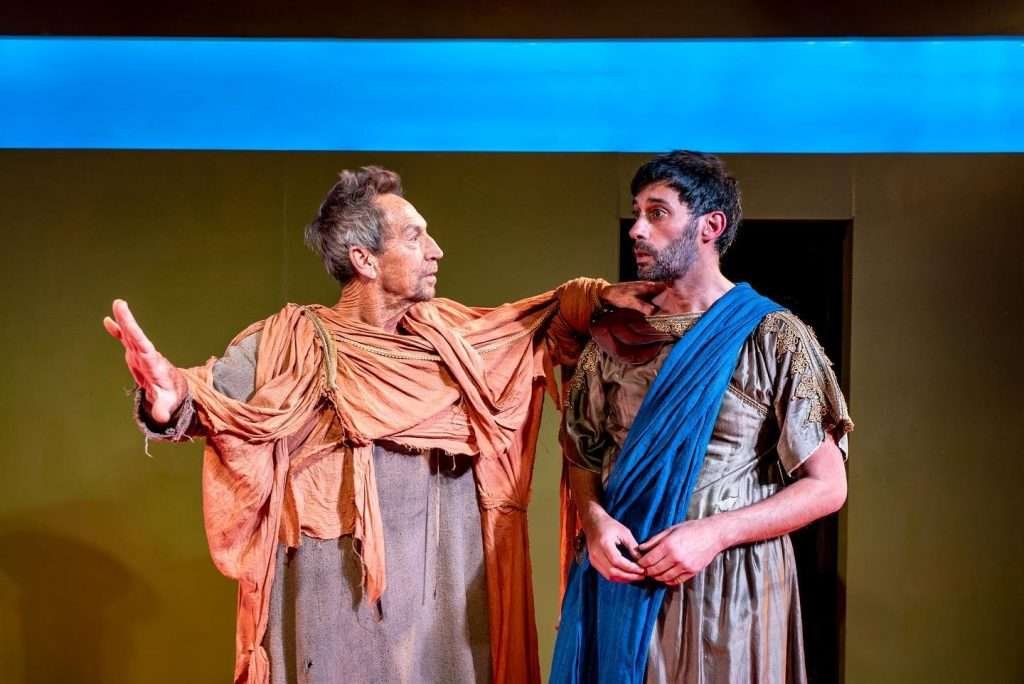 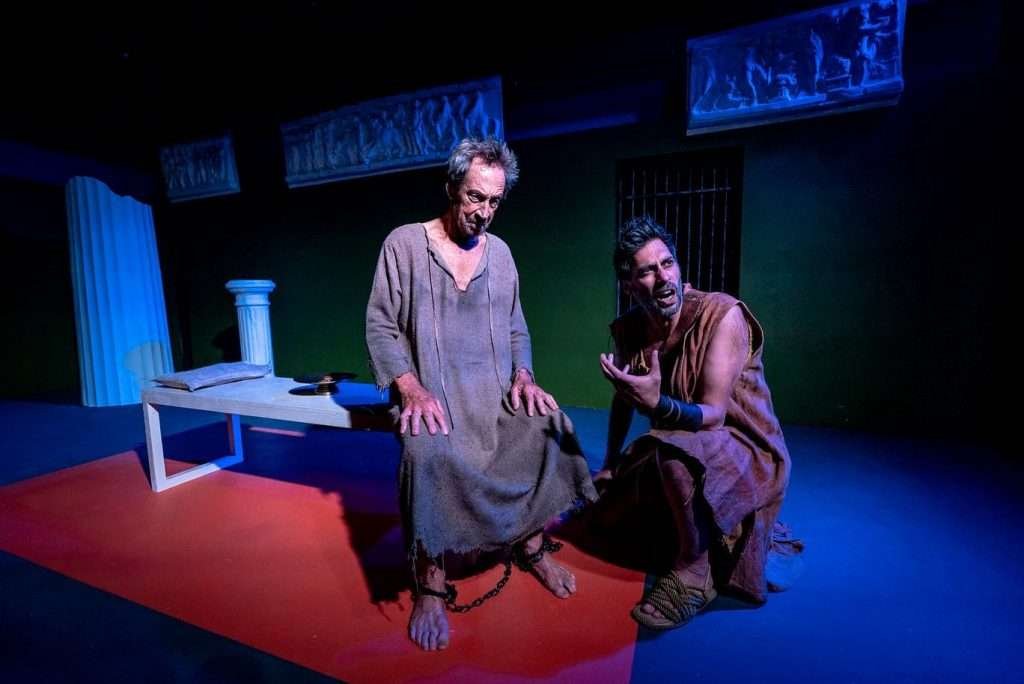 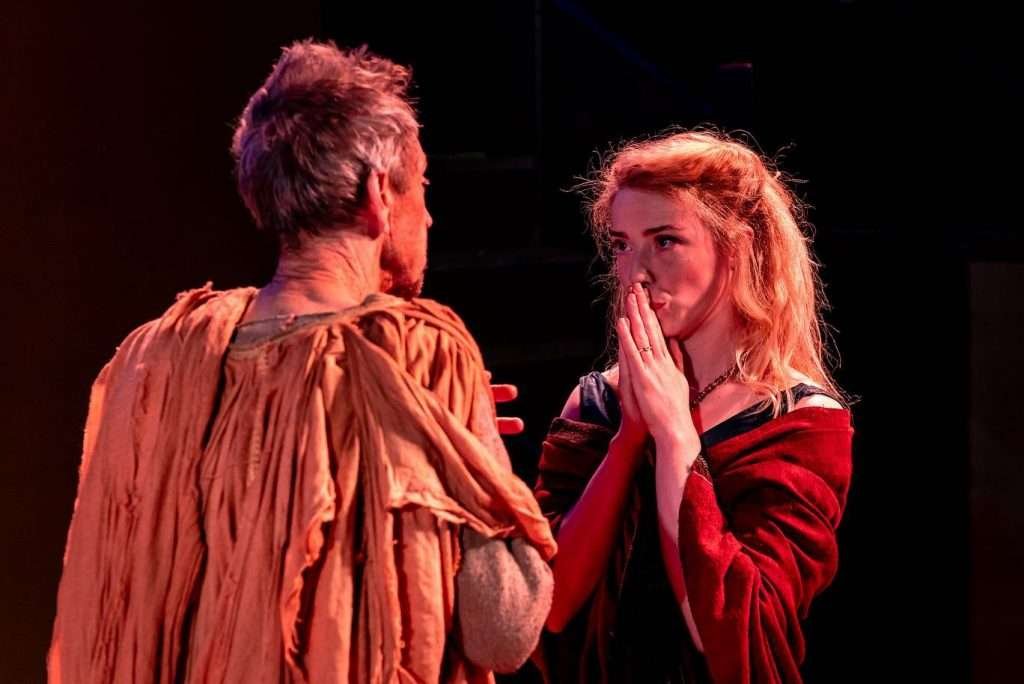