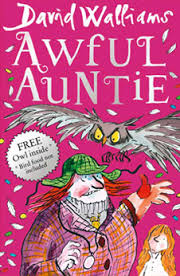 So you’re good at football? Or blogging? Or acting? Good luck to you but it doesn’t make you a worthwhile children’s novelist.

The current trend for celebs to lend their names to second rate stories for young readers is detrimental to children’s literacy. A survey last month noticed a decline in the reading age of secondary school pupils.

From books by Zoe Suggs, who calls herself “Zoella” to Jessica Ennis-Hill, Frank Lampard and others, we’re seeing a ruthlessly commercial trend in publishing. It cares nothing for quality, children, education or wellbeing.

TV and radio presenter Dermot O’Leary is the latest. A series of books about Toto the Ninja Cat has just been announced.Comedian David Walliams has been at it some time: his five titles have made £2.2m in four years.

Zoe Suggs who has, somehow turned banality into an artform, is a vacuous publishing phenomenon. Her first “novel” (it barely justifies the word) sold millions in its launch week.

The language in Girl Online and Suggs’s two later efforts is so bland and colourless that it makes the average Mills and Boon title read like War and Peace. Do we really want our teenagers wasting time with clichéd tripe such as “His blond surfer-dude hair is perfectly tousled and his blue eyes are sparkling like the sea in sunshine”?

The language is trivial, boring and samey too. Short sentences and a very limited vocabulary spell dumbing down with two capital Ds. “I get up and quickly scramble out of my school uniform and into my snow leopard onesie.” Penguin Books who publish this junk should be ashamed of themselves. Instead no doubt they’re gleefully counting profits.

The bookish equivalent of the worst sort of junk food is churned out in the name of Frank Lampard too. Scholastic Inc is his publisher. Shame on them. The books are all about children and football and consist mostly of tedious, flat writing such as “Charlie followed Louise through the French doors and into the yard, but first Frankie went to the back of the kitchen”.

The best children’s books trigger the imagination. They don’t just churn out pappy drivel about the world the child already knows. That’s why JK Rowling scored with Harry Potter. The whole concept takes the reader to another world.

Or take Sarah Crossan who won last year’s Carnegie Medal – Britain’s most prestigious prize for a children’s book – with One. It’s about the plight of conjoined twins and it’s written in verse.

Books worth reading don’t have to be “worthy” or difficult. But anything we encourage children and young people to read should use words which develop the reader’s own language. That means the occasional unfamiliar word used in context, for instance. It also means sentences which don’t all begin “He went …” “They sat …” or “Dad waited …”

Most “celebrity” books do none of this. They are like cheap crisps or fizzy drinks. They might taste OK for a few minutes but they don’t nourish.

It’s partly because they are nearly all written to a formula by a ghost writer. The celebrity merely allows his or her name to go on the cover.

Zoe Suggs’s books, for example are actually written by Siobahn Curham although Miss Suggs insists that she thinks of the stories herself. Frank Lampard’s books are written by his “editor”. He told a BBC interviewer in 2013 that “I would love to get to the stage where I could write a whole book myself”. Jessica Ennis-Hill’s Evie’s Magic Bracelet publishes next month (Hodder Children’s Books),“co-written” with Elen Caldecott.

Celebrity publishing for children is nothing more than a shallow branding exercise. Children are attracted by the names they admire. But they’re being conned if the books aren’t even written by their heroes and heroines.

Even when they really are written by the Big Name the quality often isn’t great. David Walliams doesn’t use a ghostwriter. Instead he comes up with twaddle such as “His mum burst in holding a big piece of lycra that looked ominously like his ‘Love Bomb’ outfit” all by himself.

It’s saccharine and boring. It’s also perniciously addictive. That’s why so many kids lap it up and making vast profits for exploitative people stronger in commercial sense than writing talent.