Originally staged at National Theatre, Helen Edmundson’s adaptation of Jamila Gavin’s young adult novel is big-cast theatre on a grand scale. So how do you make it work in a small space without the Olivier Theatre’s revolve and other high tech facilities? With elegance, flair, black curtains, mini rostra and a great deal of creative imagination from director Simona Hughes is the answer. She shows that this fine play can work anywhere if you give it free rein.

And Colin Guthrie’s evocative, clever original music is a magnificent addition with its Handel references and use of dissonance to connote fear, anxiety or anger. Pre-recorded by a small orchestra and effectively “led” by an on-stage professional violinist (Kate Conway) it adds a huge amount of atmosphere and colour.

Coram Boy is a complicated story set in the eighteenth century. It touches variously on slavery, the murder of babies by the sinister “Coram Men”, the significance of Handel in London, sex trafficking of very young girls for prostitution abroad, inheritance, paedophilia, empowerment of women, the redemptive power of music and our old friend “Sua padre” aka an unexpected (although the audience knows) paternity revelation – among many other things.

In a strong, all-age cast, Matt Tylianakis stands out as the dastardly Otis ruthlessly murdering infants (one of whom is, poignantly named Mercy) that he’s paid to deliver to Coram Hospital in the first act, He is then reborn as an utterly evil, smooth-talking, wheeling and dealing nobleman in the second. Paul Graves gives us a warmly sustained performance as the troubled, traumatised, epileptic Meshak and Nia Woodward delights as the initially playful, but then abused, Toby. Frankie Roberts, playing the music-focused reluctant inheritor of a big Gloucestershire estate – and then his son – is feistily boyish. She sings with sweet, intense musicality too so we are persuaded that, yes, Mr Handel would be impressed.

There’s also some pleasing choral singing in this moving show because one of the plot strands has Handel (who was a Coram Hospital donor) rehearsing a performance of Messiah. The whole cast rendering of “Hallelujah” at the end, once justice has been done and love has prevailed is a wipe-your-eyes moment – one of the many high spots in this well paced, sensitive production. 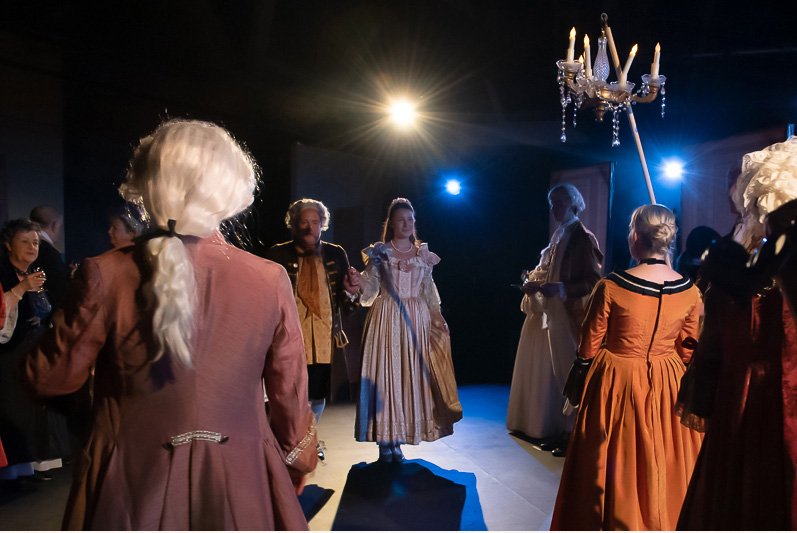