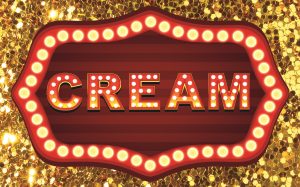 So what makes a good musical? Whatever it is, The Umbrellas of Cherbourg, Matador and Lord of the Rings didn’t have it. This ingeniously engaging revue picks songs, some of them utterly appalling, from 16 flop musicals and has a lot of fun with them.

A talented cast of four, who have to be very televisual in a tiny intimate space, perform without mics and hold the floor for nearly an hour with witty interjections from MD Aaron Clingham on piano at the back.

For the first minute or two, during which Clingham plays an intro, I was briefly reminded of the church youth club revues I used to take part in, but I needn’t have worried, the show almost immediately finds its feet and sallies forth entertainingly.

The dwarf patter song from Lord of the Rings must be very difficult indeed to learn, but it’s so silly and pointless, you can’t help wonder why anyone ever thought it was a good idea to include it …

Read the rest of this review at Musical Theatre Review: http://musicaltheatrereview.com/cream-canal-cafe-theatre/