Premiered in 2010 by the MTA’s inaugural intake, Dangerous Daughters (writer Nick Stimson, composed Annemarie Lewis Thomas) is a show which has matured and developed. And it’s both interesting – and a theatrical treat – to see it brought to life again, seven years on, by this year’s 19 graduates.

Read the rest of this review at Musical Theatre review http://musicaltheatrereview.com/musical-theatre-academy-dangerous-daughters/ 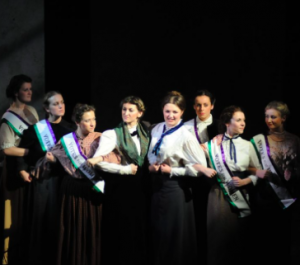