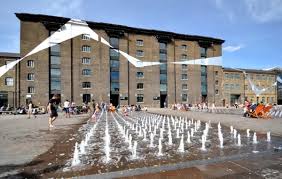 So vocational actor training at Drama Centre has been suspended for two years pending a review. Drama Centre is (was?) part of Central St Martins which is, in turn, a collegiate section of University Arts London. Drama Centre’s own advisory council has, meanwhile, resigned in protest.

It is fairly obvious that money lies at the root of this. Drama students being trained for industry readiness need at least 30 hours a week of proper tuition and individual attention. That seems to work for independent (of universities) colleges such as RADA, LAMDA, Mountview and co as well as for independent (of mainstream education) colleges such as TheMTA and Fourth Monkey.

But as soon as a relatively small drama school merges with/is taken over by/sells out to (take your pick) a huge university there are bound to be tensions about the cost of training actors and other theatrical creatives. They’re very different from , say, mathematicians, historians or even fine artists who seem to be able to educate themselves on the basis of an occasional lecture, reading lists and a lot of “private study” time. Actors and their colleagues learn by doing. It’s like driving or making pastry.

I have often imagined the budgetary conversations with some finance whiz employed to keep university costs down. “Why can’t drama students just manage with 6 hours a week like business studies students?” “Because it’s a practical subject and this was the deal when we merged.” “But that was ten years ago and the context is different now …”. Oh yes, I could write the utterly depressing script and maybe I should. Play, anyone? Meanwhile perhaps my proposed finance whiz might look first at vice-chancellor’s salaries but that’s probably a different conversation.

Several formerly independent drama schools have moved into universities in recent years and it isn’t hard to see why. They get access to university facilities and  presumed stability.  That often means splendid new buildings especially designed for what becomes, in effect, the drama department although the original name is usually retained. Drama Centre, for example, has (had?) a wing of Central St Martins immaculately converted, spacious Granary Building at Kings Cross complete with its own impressive drama library.

Students, moreover, get access to everything the university offers including libraries, accommodation and student union. On graduation the students have the kudos of a degree from the parent university – not that the certificate is any guarantee that the holder is employable as a stage or screen actor, of course.

The downside, obviously, is that however glitteringly good the initial deal seems, eventually it will tarnish because a drama school is expensive to run and the students pay the same fees as all the rest so they become a financial drain. The drama school can’t possibly retain much autonomy either.

Perhaps we shall, in the next few years, move back to a situation in which vocational training for theatre/screen creatives is completely outside mainstream higher education. That could, if handled sensibly, actually be an improvement although I struggle to see how it could be totally inclusive, unless students still had access to student loans and other support. I’m glad I won’t responsible for sorting out the funding implications either way. 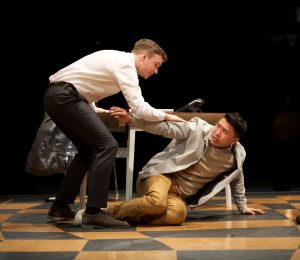