I suppose, at some point in the future, I shall be allowed to sleep for more than an hour or two. I yawn with excitement at the mere prospect  but I know it’s unlikely to be tonight, or tomorrow night or the night after.

What routinely happens is this. I put My Loved One to bed, having washed, dried, dressed and tucked him in exactly as you would a child. He goes straight to sleep and I go off to have my bath after I’ve tidied and locked up downstairs. Finally, I get into bed beside him – still peacefully sleeping – and read for a bit.

Then it starts. The moment I put the light out and snuggle down he’s awake and chatty. There’s a word for this well recognised phenomenon. It’s called “sundowning” and is, I gather, a classic Alzheimer’s symptom. What is, apparently, unusual in our case, is that the sometimes hours-long midnight monologues are more fluent than anything he ever says during the day. The man who now really struggles to work out and articulate, for instance, “Can you pass the pepper?” at lunch time or “I can’t find my glasses” when he’s just taken them off will, at 1.00am,  casually come out with the likes of “But that precludes the necessity” or “It depends on the strength of the application.”

Not that what he says makes any contextual sense at all. Typically it goes something like this: “There was a boy at Honour Oak Park Station. We must ask the others. I don’t want to see you chopped up in pieces. It’s an executive decision. I’m cold. We could share the fireplace. Have you signed the authorisation? There’s the other gentleman to remember. You’ve committed a criminal offence.” And I’ve taken all that from notes I’ve made next morning. It goes on and on, often for an hour or three, all delivered in a monotonous, mid-register whisper. It reminds me very much of a poorly dramatised version of Finnegan’s Wake without the Irish accent.

Sometimes I try to engage with it on the basis that if he gets a response he might find some peace and we can both go to sleep. “We can talk about that in the morning. Let’s go to sleep now” is a tack I often try. It doesn’t work although occasionally he gets quite shirty if I try to doze and ignore it. “Listen to me, woman” he said fiercely, the other night. It’s as if someone else – the toxic being I call Ms A, maybe – is inside his head borrowing his voice because in 50 years of married life he has never spoken to me in that tone. How appalled the real MLO – wherever he is now – would be if he were around to hear it.

When it’s particularly bad I give up, get up and leave him to it. If go to work in my office which is next to the bedroom I can hear him if he moves and at least I can do something constructive with the time. I’ve quite often, in recent weeks, penned a review or a feature at 2.00am.  It isn’t the healthiest way to live, though,

It’s hard to fathom where MLO’s poor muddled mind is and what  terrifying hell it must be to be locked in a world where you can’t tell the difference between dreams, fantasies and worries and prosaic reality. I wonder how many hundreds of times I’ve said: “Listen. Trust me. There’s no one else here and absolutely nothing to worry about. It’s just you and me in this bed in Catford and it’s 3 o’clock in the morning – time to go to sleep” He pauses for a few seconds says “Really?” in a brighter, reassured voice, takes a breath and relaunches Finnegan. I know how King Canute felt.

I’m trying to persuade the GP to prescribe some sort of sleeping pill which won’t conflict with the Alzheimer’s medication but I’m not getting anywhere much at the moment. I’ve pointed out that MLO is tired all day – although it’s hard to tell how much of that is Ms A doing her stuff and how much down to the restless nights. More to the point is that I’m doing the caring 24/7 more or less single-handedly, thereby saving the support services much work and cost, and if I’m to keep that up I need a night’s sleep occasionally.

Ironically, I used to be an insomniac. Now, I can fall asleep almost instantly – if I get the chance –  exactly as I used to be able to over 40 years ago when I had babies to breastfeed in the small hours. I’ve become an opportunist kipper to such an extent that I’m usually involuntarily asleep within five minutes of getting on any sort of public transport and I sometimes struggle for wakefulness in the theatre which is infuriating. I also now think twice – an informal risk assessment – about driving far if we’ve had a really rough night which can mean I have to cancel a work commitment.

That’s one of the most pernicious things about this bloody disease. It doesn’t just get the sufferer. Its knock-on effects reach further than most people, who don’t have to live with it, can begin to imagine. 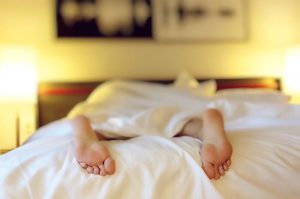