Swan Lake, the latest abridged ballet for young children danced by English National Ballet School students, filled the Peacock Theatre to bursting on a wet, cold Good Friday afternoon and that’s splendid to see. I wish more family groups included dads, uncles and grandpas but it’s still terrific to attract such a large, enthusiastic audience and I’m sure that will continue to be the case as the production tours. 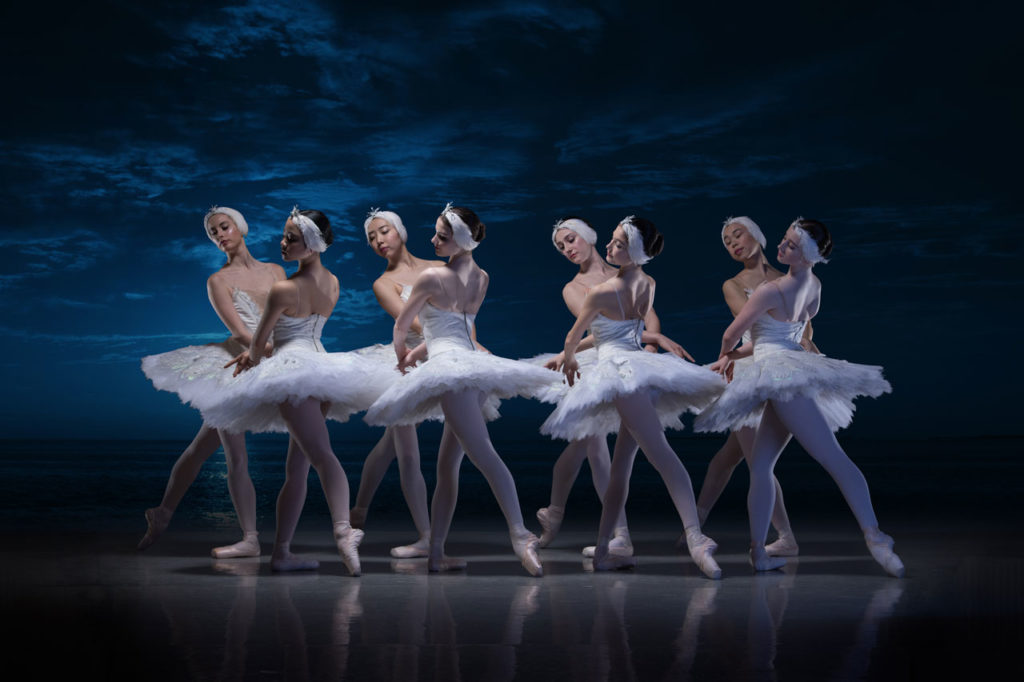 Choreographed by Antonio Castilla, this show features some fine dancing by some of the thirty five students in the group. Each is profiled in the programme but they are not identified as dancing specific characters because they switch roles and they don’t all appear at every performance.

The Act 2 set pieces – the Spanish, Hungarian and Italian dances – are memorable. The two girls who did the Italian dance at the performance I saw had a real lightness of touch which highlighted the humour. We also had a very promising Siegfried whose leaps were youthfully spectacular and a truly graceful Odette who several times swanned her way right across the stage en pointe with watery arms waving and at one point managed to pirouette for around twenty bars of music.

As always the real star of the show is Tchaikovsky’s gloriously expressive music. Because My First Swan Lake runs for only 90 minutes including interval, the music, which is pre-recorded, has to be cut and arranged. Gavin Sutherland has generally done quite well with it but there are one or two moments of clumsy abruptness as we switch from one thing to another.

The inclusion of a narrator is a mistake.  Credit where it’s due though: Louise Calf, an actor, does a remarkably good job with the saccharine, rather moralistic script she’s been given. She is naturalistic and warm – but completely unnecessary. She has been directed to walk frequently from the downstage left corner across to the opposite spot, often in front of the action, and it’s very distracting. Moreover no one should be shouting over Tchaikovsky when he’s in dramatic fortissimo mode, as she often has to do. And as for delivering the crucial revelation when Odette, Odile and Sigfried all learn the truth in music-free tableau with just Calf’s voice – it’s a travesty.

Ballet is story telling in music and movement. It doesn’t need words added even for three year-olds. Neither should they be handed the subliminal message that it’s perfectly acceptable to talk over great music.