Free training for under 23s 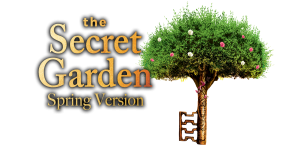 If your child or teenager wants (or needs) part-time performing arts training you will, almost certainly have to fork out quite a lot of money. I’ve been googling to get an update. Yes, there are a handful of bursaries and scholarships but the basic Stagecoach fee for a teenager is £330 per 12 week term. Pauline Quirke Academy charges £88 per calander month for a 44 week year which averages out at £352 per term. Razzamataz costs £234 per term and tries as far as possible to coincide with local school terms so that’s probably about 38 weeks a year.  Yes, I’m sure the hourly rate (typically three hours per week – triple threat) is excellent value in all these cases but if you haven’t got that sort of money, in most cases, your children can’t have it.

Unless, that is, you work with Matthew Garcia Chandler and British Theatre Academy which is trying to do things differently by offering many hours of free part-time training. It achieves this by mounting fine shows which more or less cover their costs and help to offset the school’s expenses. I urge you, for example, to get along to Ambassadors Theatre to see The Secret Garden which really impressed me with its professionalism and talent http://musicaltheatrereview.com/the-secret-garden-ambassadors-theatre/. Chandler tells me proudly that that the show has had lots of other 4* reviews too.

Not that Chandler has always had it easy by any means. He trained as an actor (Italia Conti and a year at GSA) but only ever wanted to run a drama school. He founded Songtime in 1989, charged fees like everyone else and then came perilously close to bankruptcy in 2010 when recession bit and many parents had to pull their children out. He relaunched as Act Now in 2011 but continued to charge participants. Then, two years ago came a new idea and a new name. “I wanted to distance myself from the franchise schools and find a new way of working by making participation free” he tells me adding that Annie which he did last year went to Sutton, Hayes (Middlesex), Guildford, Bracknell and other venues. “It sold out everywhere we went and made a profit so we were able to build up a pot of money to finance other ventures”. BTA also did 44 successful performances of Annie at the West End’s Arts Theatre last year.

“I have to keep this thing going for the children” says Chandler declaring firmly that BTA is no vanity project. He doesn’t take a salary out of the business. “My husband has a good job and is very supportive so he pays the bills at home” Chander smiles, joking that in Stephan Garcia, he’s found his Prince Albert or Dennis Thatcher.

“I’m not in this to make money out of children” he declares mentioning the stress on profits elsewhere. “And I’m scrupulously honest with parents about their children’s abilities. It’s never a case of write me a cheque and I’ll tell you what you want to hear.”

And that really is a different emphasis from many schools which operate as businesses.  Trying, for example, to woo new franchisees, Stagecoach website refers to “potential to make a significant income”. Razzamataz simply says “Great earning potential!”.

Children who train with Chandler at his Isleworth base are given the opportunity to audition for the shows. The Secret Garden has rotating casts totalling 359 children and young actors under 23. There are 200 youngsters involved in the version of Godspell BTA is doing in St Paul’s Church, Covent Garden on 31 August.

Around 10% of Chandler’s youngsters currently go on to vocational training and he’d like to increase that figure. Others go straight into the industry. Over the years he has trained some, now, very successful performers such as Charlie Brooks. The majority, though, simply have fun, learn discipline and team work and get that all important confidence boost.

Of course there are many valid ways of training and what works for one won’t necessarily work for another but BTA certainly seems to be developing a refreshing alternative to the usual deal. Chandler is currently looking for ways of extending his idea nationwide and is in the process of turning BTA into a registered charity.