Credits: by Lorien Haynes. Produced by Platform Presents and Original Theatre Company, in association with ATG Tickets, Time Out and Finite Films

Lorien Haynes’s piece about grieving for a much missed loved one is a hybrid.

It’s a two hander play – in discrete scenes – presented as a fairly arty short film. Sian Clifford, who plays Cat, calls it “our plilm” which sums it up fairly neatly.

We start with Nikesh Patel as Adam and Cat returning – brittly cheerful –  from the funeral of his partner Liv, who, we soon learn, had cancer. From there on we unravel the complex web of Liv’s sexual relationships and the three way tensions she and Adam had with their friend Cat. In the present, the emphasis is on how Adam and Cat are grieving and supporting each other – in a tortured way, full of guilt and regrets. I found some of the back story is, in truth, implausible but the rapport you’re watching feels truthful enough.

Patel and Clifford work impressively together. The scene in which Adam reads a  posthumous letter from Liv is powerful. His quiet shock, anguished  eyes and pitch of his voice with a catch in the throat are totally convincing. This is televisually close-up stuff and, directed by Natalie Abrahami, nicely done. I shan’t forget Clifford’s face when he puts Liv’s coat round her shoulders for warmth either – a really natural reaction. The scene when they have to share a hotel room is sensitive too. 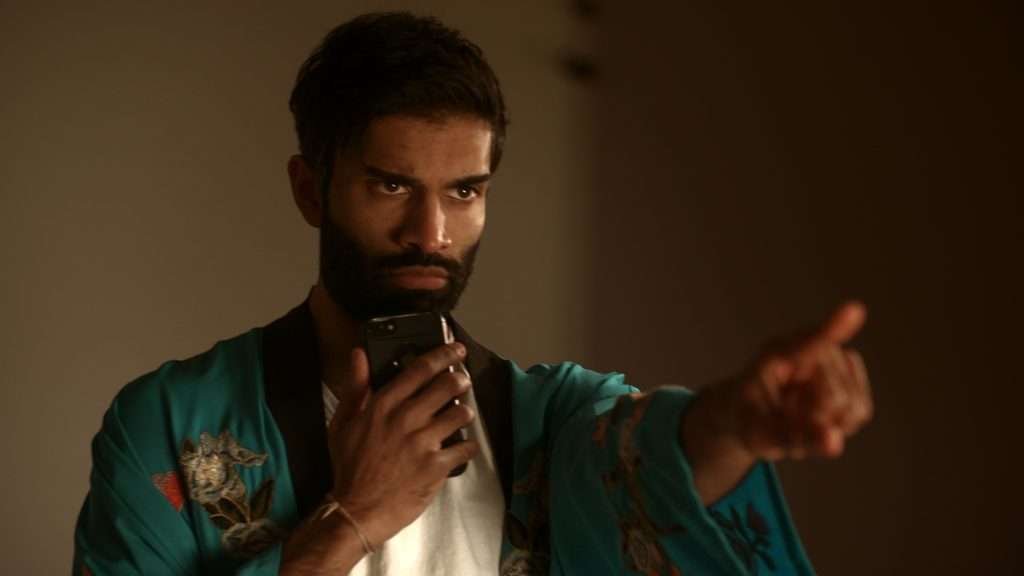 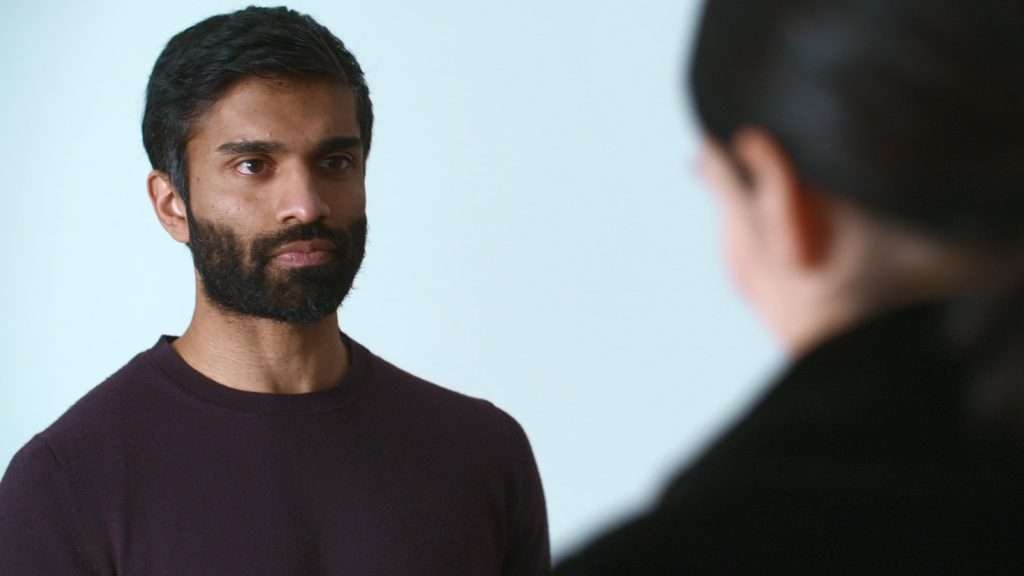 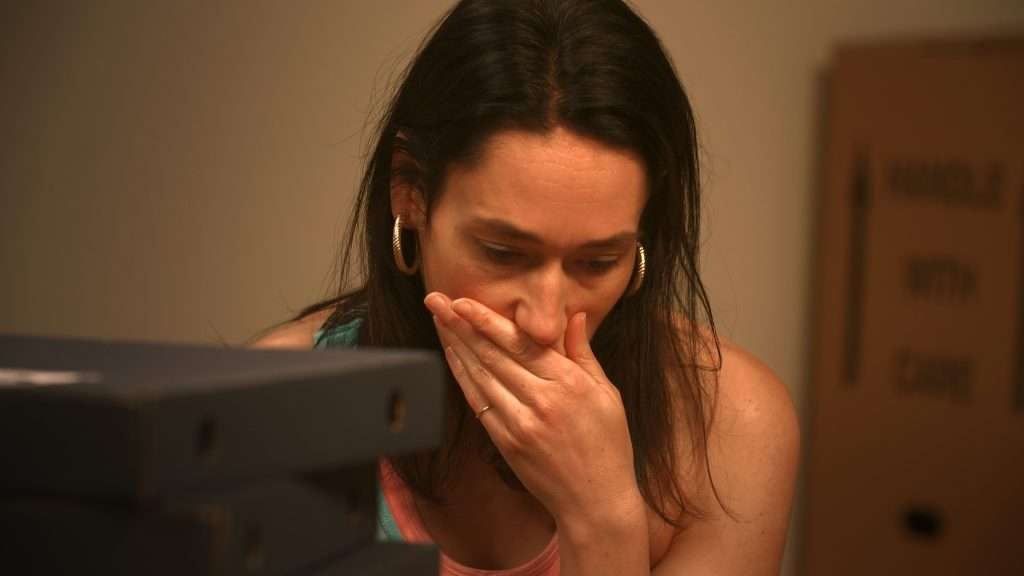 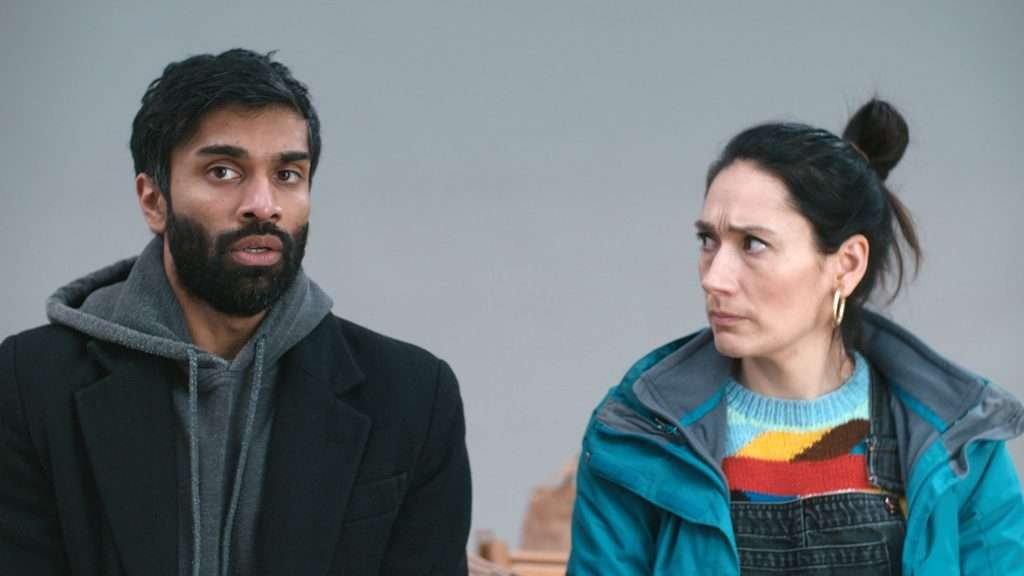 The piece is episodic with a series of short scenes shot in colour and we’re given the time frame at the start of each. The scenes are linked by a speeded up, very filmic black and white shot of masked stage hands setting up to an accompaniment of Isobel Waller-Bridge’s music. Then once each scene starts, suddenly, we feel as if we’re in a theatre rather than on a film set because the two actors are working together in the same room for much of the time.

It’s a worthwhile play. Could it work in the theatre, staged conventionally, if we are ever permitted such a thing again? Yes, I think it could because the sets are pretty simple – much of it takes place in the flat Adam shared with Liv. It’s barely the length of a single act though so it would probably need to be paired with another short play to make a viable evening of theatre. And, since this is a new way of working I can’t help wondering whether the “plilm” technique will soon be taught in drama schools as a safeguard against future lockdowns and because it’s cheaper than live theatre 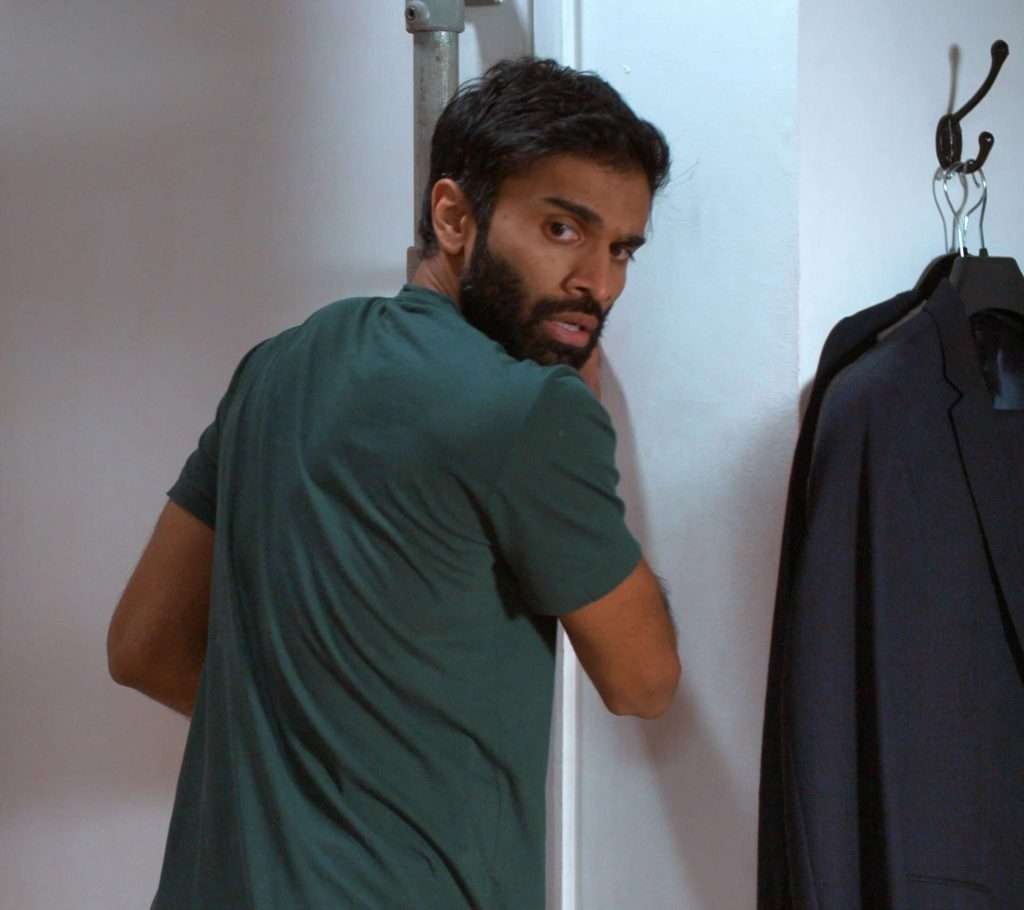