It’s vintage Bennett and just as funny as when it was first staged in 1974 especially in the hands of Patrick Marber and his cast of nine accomplished actors.

A surreal play, it’s farce without the clutter.  It makes no attempt at realism. The set consists of a coffin, identities are continually mistaken, characters burst into song and often deliver soliloquies in rhyming couplets. Twice we get manic tango to the Dies Irae from Verdi’s Requiem. There’s a running gag about size (Dan Starkey as Sir Percy Shorter and that’s what he is) borrowed from A Midsummer Night’s Dream and a great deal of misunderstanding about a pair of false breasts.

We’re in the home of an unlikely doctor in Hove and almost everyone is randily yearning for sex with someone inappropriate. There’s something appealingly innocent about this at a time when me too, political correctness and a woke world lie decades into the future.

It’s play about rampant desire at the heart of which is an outstanding performance from Jasper Britton as Dr Arthur Wicksteed. He undermines his character’s non existent professionalism with a mere lift of an eyebrow and entertains with fake gravitas. Catherine Russell is splendid as his sadly ridiculous wife longing to be loved and fulfilled by almost anyone. But they also bring some depth to the piece in their reconciliation scene towards the end of the play which is actually quite moving.

Ria Jones as Mrs Swabb the cleaning lady does a lovely job as the quasi narrator. Very Welsh and making outrageous but perceptive comments she really makes the role her own. And since Bennett played this role himself in the original production it’s a pretty hard act to follow. There’s a nice nod to the playwright’s presence in this production when Matthew Cottle, as Canon Throbbing, intones a few lines of verse a distinctively Bennettian voice.

The play includes some memorable lines such as “Sometimes I think Freud died in vain” and “In Memphis, Tennessee, fourteen babies have been born since this play began” – all delivered with wit and panache. And of course – like all the best dramas – it ends with a paternity revelation in The Marriage of Figaro tradition.

Catch it if you can. It’s a couple of hours of real escapism. 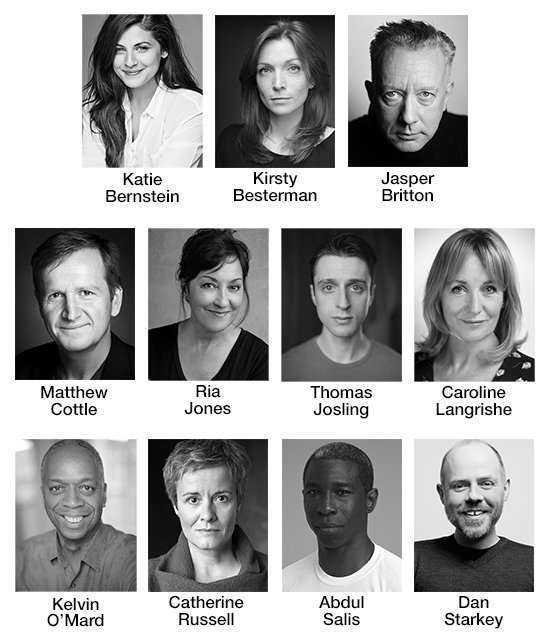