This is a very wet Hamlet. A circular, shallow, well centre stage leads to a lot of paddling, wet clothes and mopping up by stage management – no spoilers but it also serves as a neat device for getting round the potential farce of four dead bodies on stage at the end.

There is plenty to admire in this mixed-bag of a show. Although the use-your-own accent decision grated at the beginning, once I got used to George Fouracres as Hamlet speaking in a strong West Midlands accent I found his performance mesmerizingly natural. He makes the great soliloquies sound like slow, jerky thinking aloud – sometimes almost too much so. He is at times deliciously sardonic and that sits well.

The chandeliers swinging tensely like pendula in the closet scene are a fine touch as Polly Frame as Gertrude (good) slogs it out with Fouracres below – and the death of Polonius (Peter Bourke – well judged performance) is imaginatively done. Ophelia’s (Rachel Hannah Clarke) first mad scene in which she sings a risqué song – not the one assigned her by Shakespeare –  is suitably disturbing and I really like the decision to drop in the odd modern line. Claudius (Irfan Shamji) shouting angrily “Fuck Fortinbras!” and Hamlet calling Laertes a “dickhead” during the fencing scene are good moments.

Ed Gaughan does a lovely job as on stage musician and MD – sometimes on floor level and at others on the balcony. He plays filmic guitar music and creates evocative sound effects. Moreover, this production includes the funniest gravedigger’s scene I’ve ever seen. Like the Porter in Macbeth the chances are that this scene was meant to be a few moments of ad-libbed “light relief” and that the version we know is just one which happens to have survived. Director, Sean Holmes has entertainingly embedded that idea here with a climax which reminded me, oddly, of the end of Act 1 in The Mikado – before we return to the serious business of Hamlet’s reappearance in Denmark.

On the other hand, this leisurely 3 hour 15 minute show is occasionally self-indulgent with some strange decisions. The water, for example, is a distraction rather than contributing anything much. And the costuming initially seems to be elaborately 1600 – except that Hamlet, after his first appearance in black wears a 1970s hippy-ish holiday shirt. Once she’s lost her sanity Ophelia sports  baggy shorts and a hoody and one of the players looks as if she’s been dressed by Mary Quant. If it’s meant to feel timeless it doesn’t.

And, of course there’s no good reason why you can’t cast a woman as Laertes but Nadi Kemp-Sayfi is too much like a pantomime principal boy to be seriously convincing even when she momentarily leaves the text and bellows “Where the fuck is my father?” and gets a well deserved laugh. Also very odd is Peter Bourke’s take on Horatio. He is far too staid and not youthful enough. Think Richard Briers in The Good Life –  fine but he doesn’t belong in Hamlet.

I have problems too with the relationship between Hamlet and Ophelia. We surely need to understand that there is, or has been, some chemistry between them. Here we don’t – we just see a rather stiff, troubled girl with a bullying boyfriend. Even when late in the play he declares in anguish “I loved Ophelia” he isn’t believable.

The candlelit Sam Wanamaker playhouse is exquisite but it’s very cramped and there are “authentic” sight line issues. The word “audience” derives from the Latin verb for to hear because people traditionally went to hear a play rather than see it. Seated in the gallery (seat A6) I  did, perforce,  a great deal of hearing because I could see only one half of the stage. 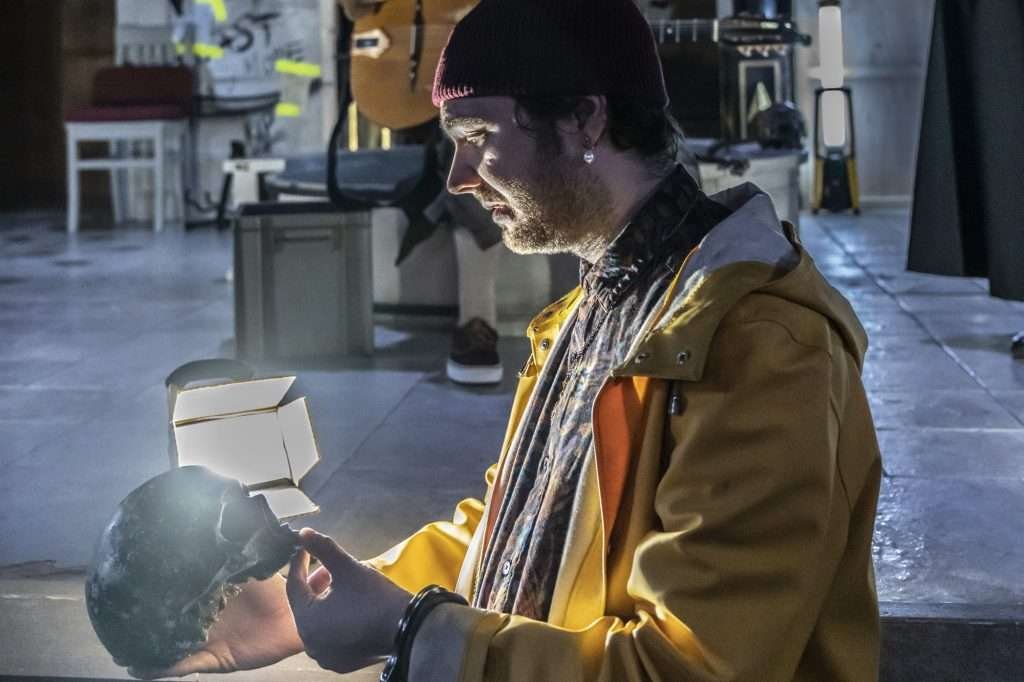 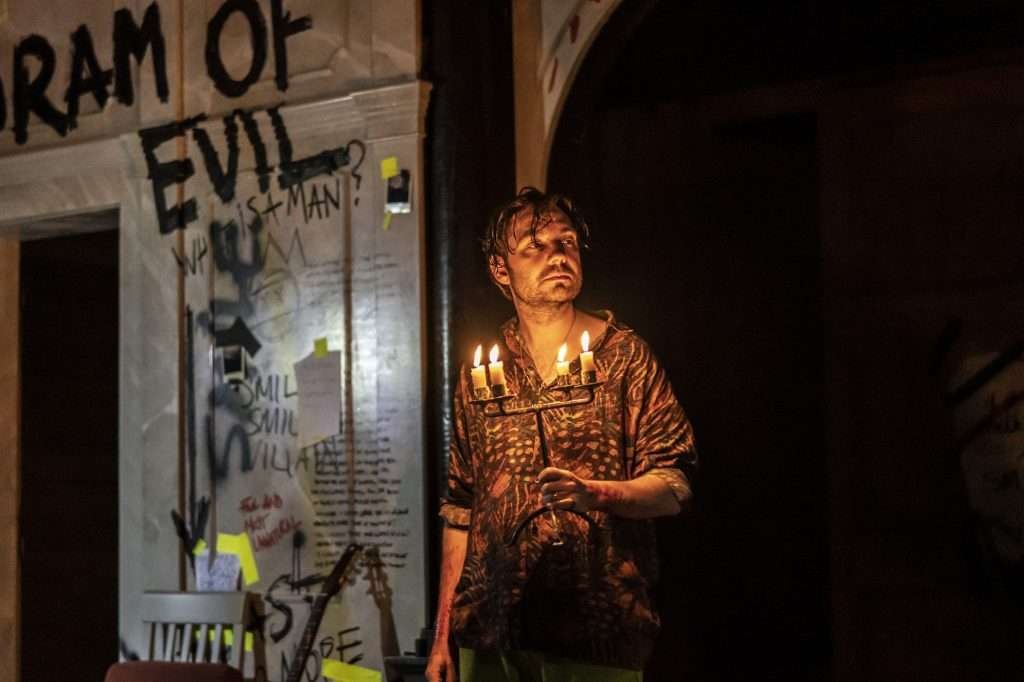 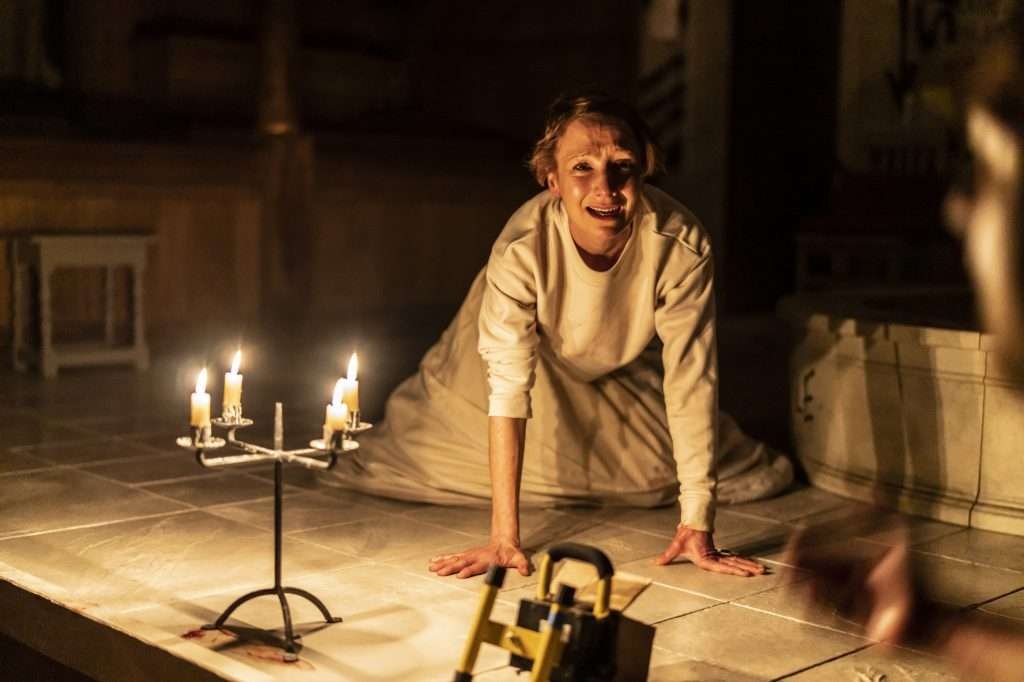 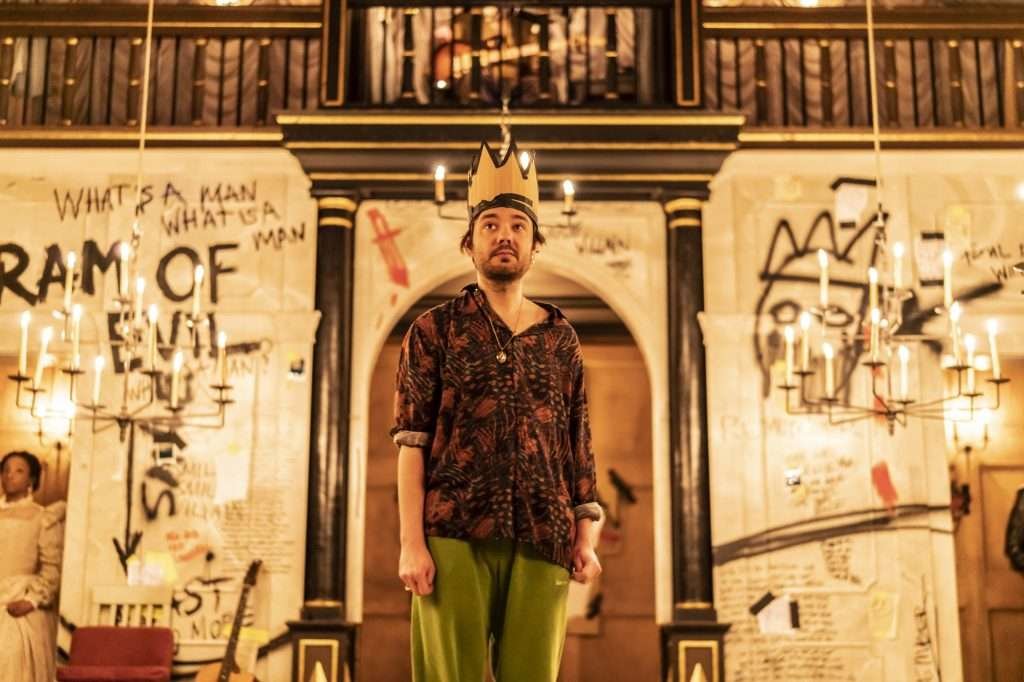 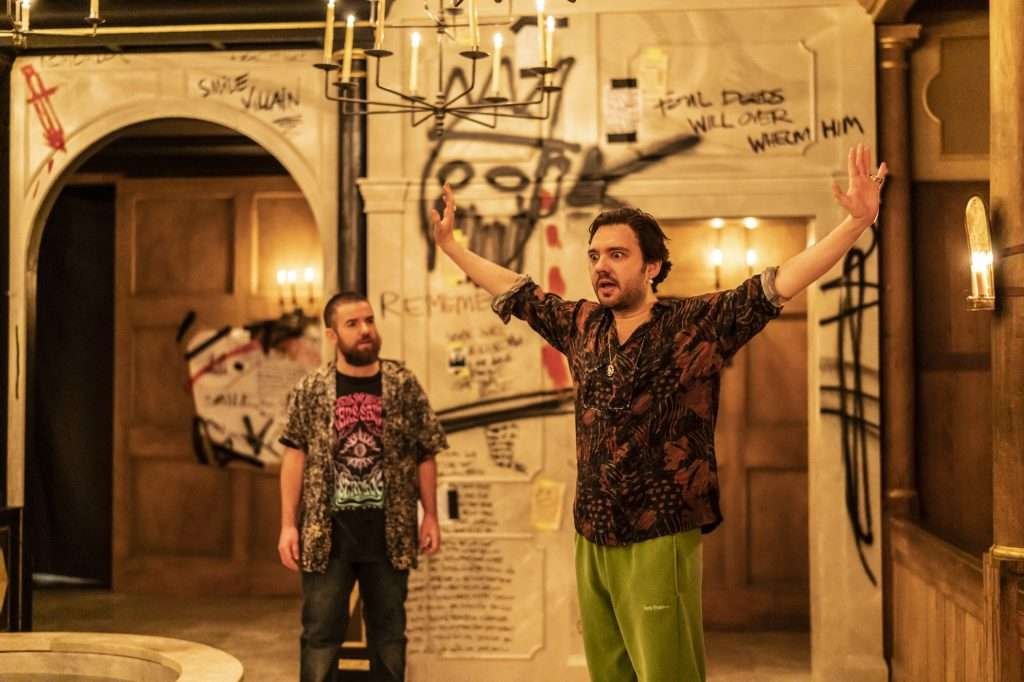 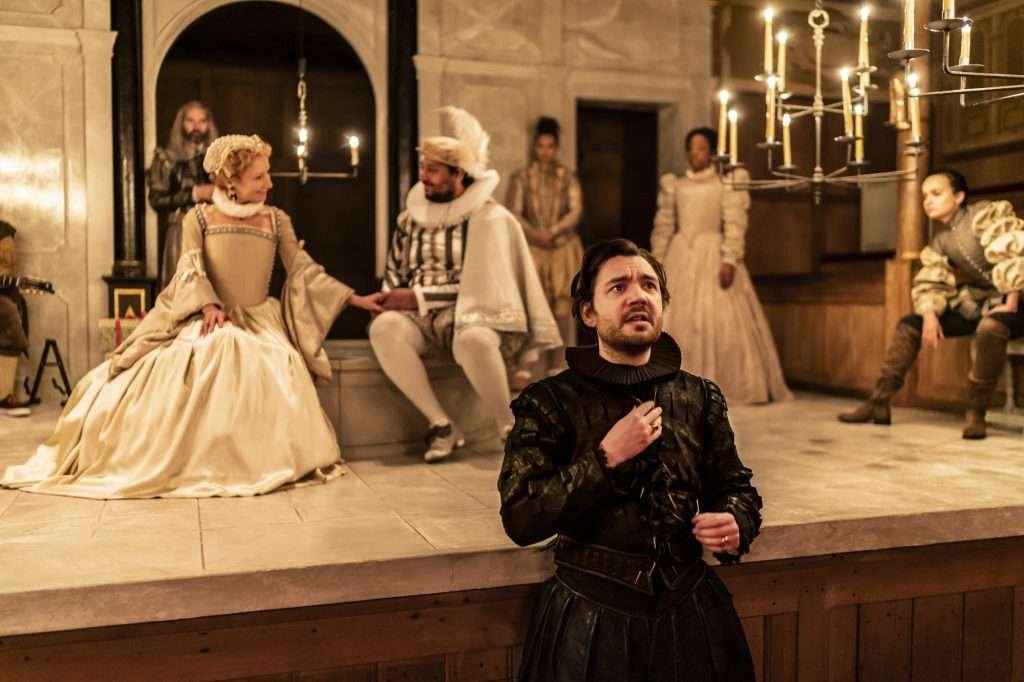