I first encountered La Traviata when I was about nine. My father, who wasn’t actually a great classical music man, saw it at Royal Opera House with my mother and fell in love with all those fabulous Verdi melodies. So he bought “new fangled” LPs of La Traviata to play on his recently acquired three speed record player. For a long time the house resounded to Verdi’s rich and lovely tunes – many of them in lilting triple time – and I soaked them up like blotting paper. A lifetime later, of course, I’ve learned to appreciate this take on Dumas’s La Dame aux Camelias, in turn based on a true story about hedonism, passion and illness, rather more thoughtfully. 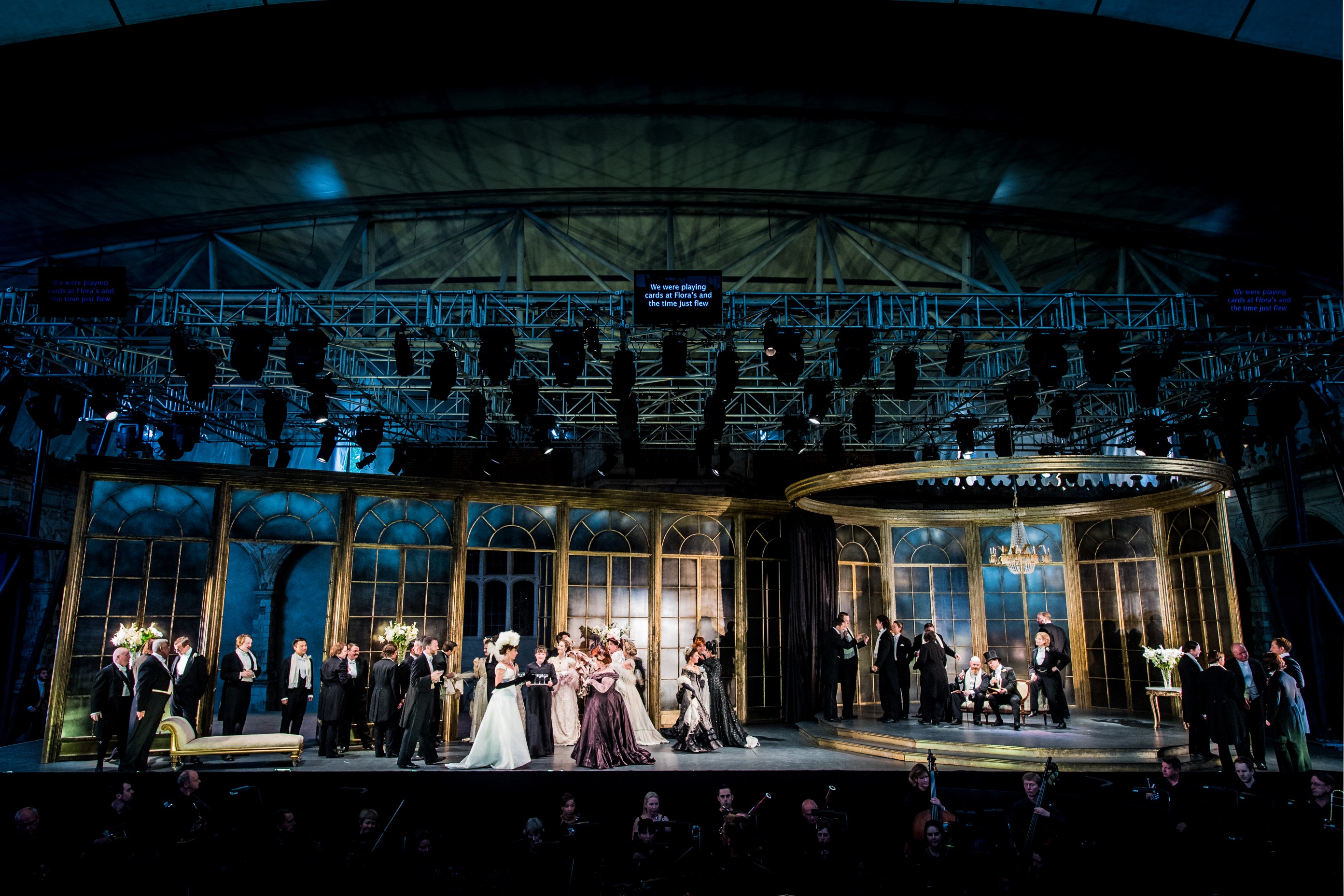 In Opera Holland Park’s new production Lauren Fagan gives a sensitive, intelligent account of Violetta. She took a little while to warm up on press night (nerves?) but once she got there it was a magnificent performance: passionate, convincing and thrilling with some stupendous top notes. Her Alfredo, Matteo Desole, an impressive tenor likewise rapidly got better after a lacklustre start. By the time they reach the deathbed scene in Act 4 their rendering of that supremely simple duet over pizzicato strings was beautiful.

There is strong support from bass Stephen Gadd and from  Laura Woods as Flora. The latter has a glorious wine dark voice, effectively an old fashioned contralto, which is a striking contrast to Fagan’s soaring soprano.

Sterling work from the orchestra under Matthew Kofi Waldren’s baton underpins the whole. This music is full of colour and Waldren allows us to see and hear it all – assisted by the clear acoustic in this venue which places the orchestra on the level in front of the stage. The work from the brass during the deathbed scene is especially noteworthy. It’s surprising how well the sound works here when you consider that the auditorium is open to the elements at the sides and you can hear the odd peacock, goose, aircraft or park reveller.

Director Rodula Gaitanou makes interesting dramatic use of a large chorus and ensures that the story telling is clear. I like Cordelia Chisholm’s ingenious set too. Built on a huge saucepan shaped quasi joist angled across the stage it offers an adaptable intimate space beneath the “pan” and more public area for parties and so on along the length of the “handle.”

It is altogether an enjoyable production which does the piece real justice. My father died in 1997. He would have been 96 this month. I think he would have approved.