Show: JACK AND THE BEANSTALK

Jack and the Beanstalk

I felt quite moved when I arrived at Frank Matcham’s stunningly beautiful Hackney Empire and saw the Jack and the Beanstalk screen. This was the first pantomime I’ve seen for two long years.

I think a lot of the audience felt like that too because there was a lot of excited whooping and a sense of excited relief.

In the event, once this decent, reliable panto got underway it felt as it we’d all been there yesterday – the comfort of the very familiar. Yes, they do The Twelve Days of Christmas (“and a bra that was made to hold three”) at a accelerating speed with several upward key changes, combine it with the slosh scene (“five custard pies”) and there’s splendid work from Mark Dickman’s fine five-piece band underneath it. Yes, we get a (very abbreviated) ghost scene and all the usual “oh yes you will” stuff as well as the obligatory sing along at the end so they can prepare the set and costume up for the finale.

But a successful panto needs some fresh material too. The ensemble cockroach number – a very slick tap dance – in the giant’s castle ticked lots of boxes for me as did the rescued harpist (Victoria Anderson) singing “An die Musik”. Bit of Schubert as a change from the running Queen gag with Tony Whittle doing an ongoing Freddie Mercury impression? Why not? – you can do anything in a panto which is one of the genre’s USPs.

Clive Rowe (who also co-directs with Tony Whittle) has been associated with the Hackney Empire panto for so long that he gets a round of applause as soon as he appears. He just has to stand still, flutter his eyelashes and show the retail bags (“Marks and Dentures”, “Dreggs” and the like) that his first costume is made of. He goes on, of course, to give the competent, practised performance that you’d expect.

Rochelle Sherona is interesting as Jack. None of the traditional thigh-slapping principal boy for her. Instead, in dungarees, she finds a sort of feisty vulnerability – and realisitic gender ambiguity – in the character. And, Urdang- trained, she dances beautifully which is unusual for someone in this role.

Kat B as Simple Simon grated on me at the start – too much anguished “pity me” and pathetic fall guy with a whining voice. But gradually he grew on me and he’s certainly an accomplished, slick performer who works well with others.

It’s a generally enjoyable evening and the little girl (maybe 9) next to me was clearly having a good time. At that age you don’t notice the cheap sets, the post pandemic reduction in production values, the lacklustre (silicone?) giant or that Clive Rowe has to put on a face shield to come down into the audience. It’s simply good to be there. 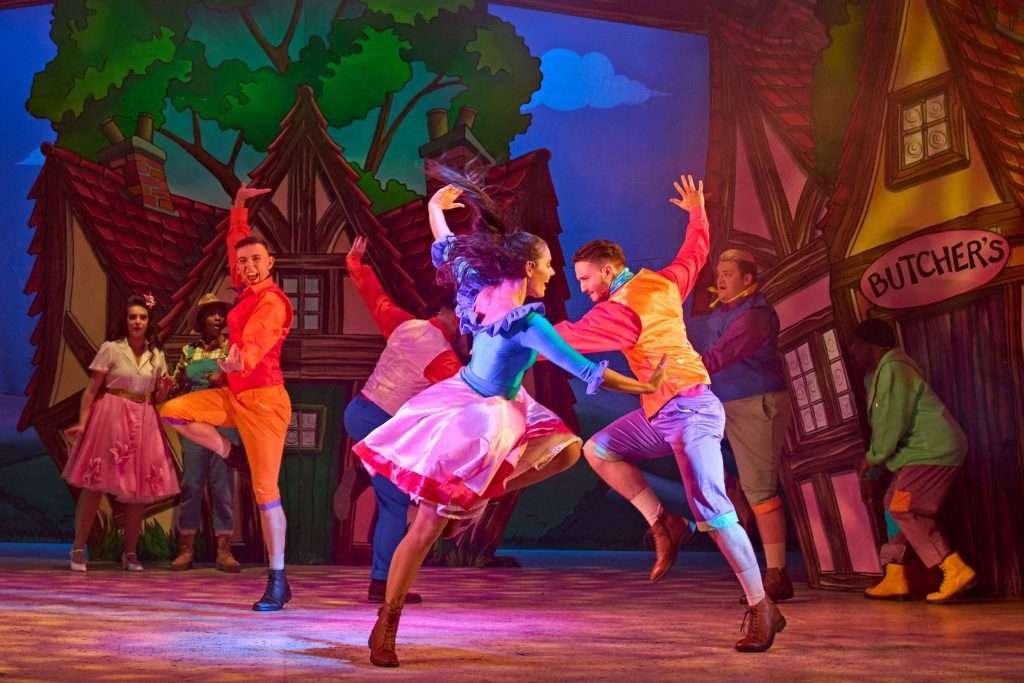 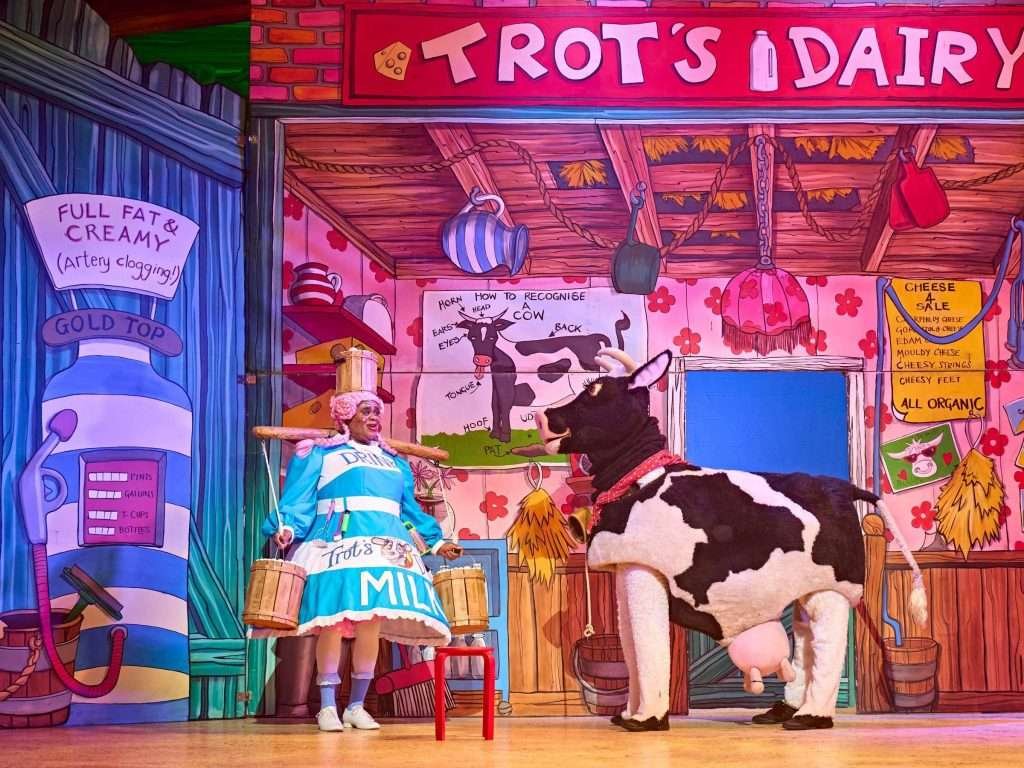 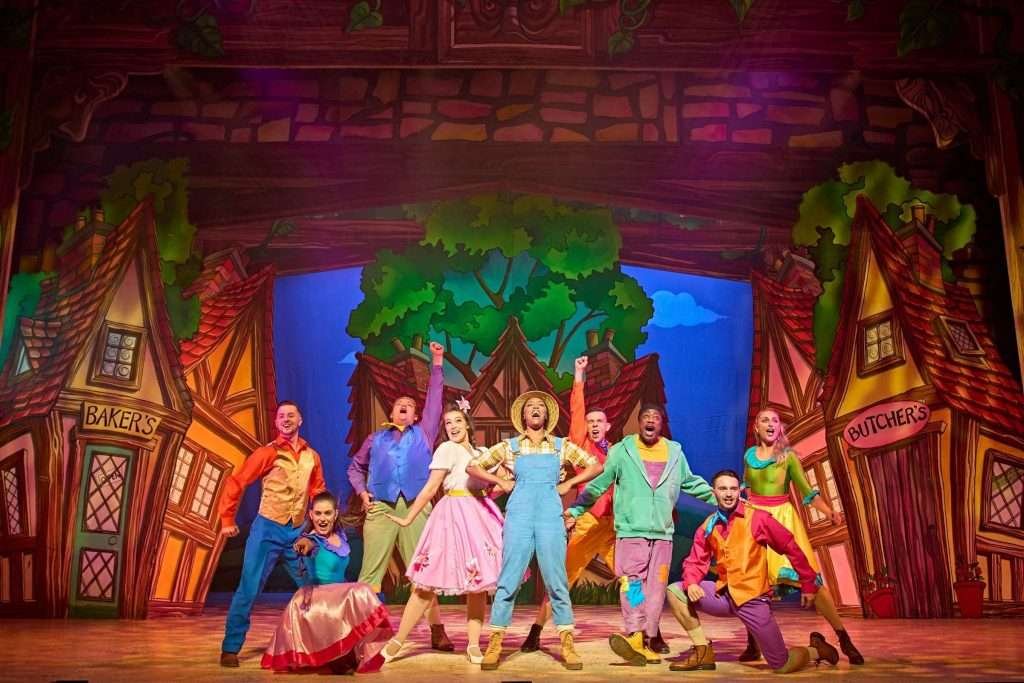 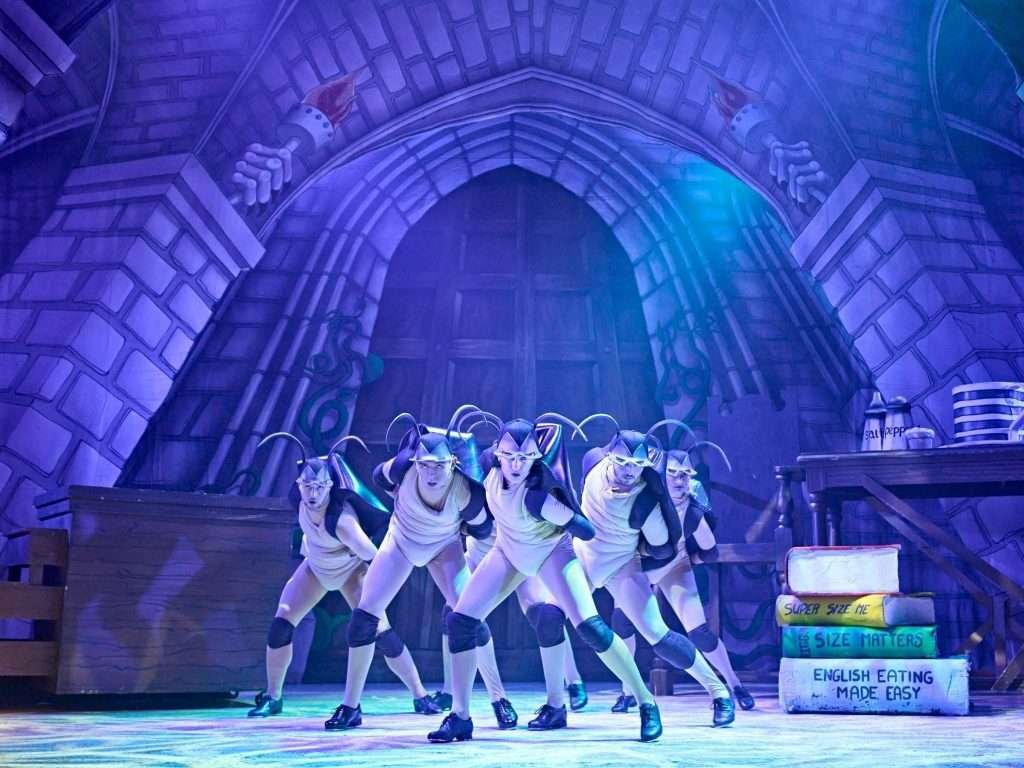 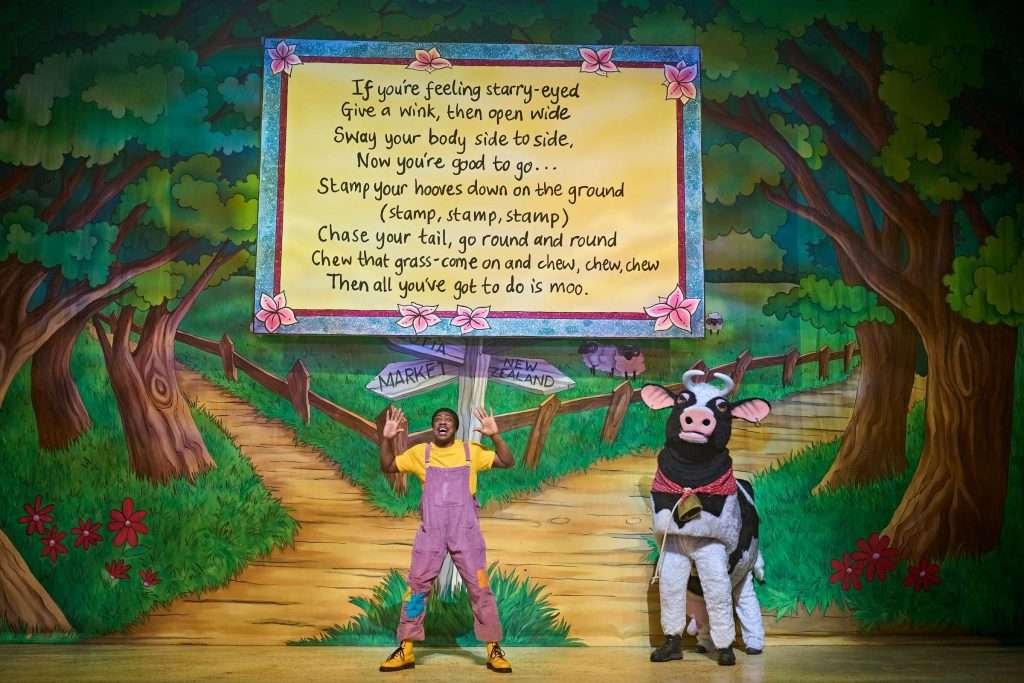 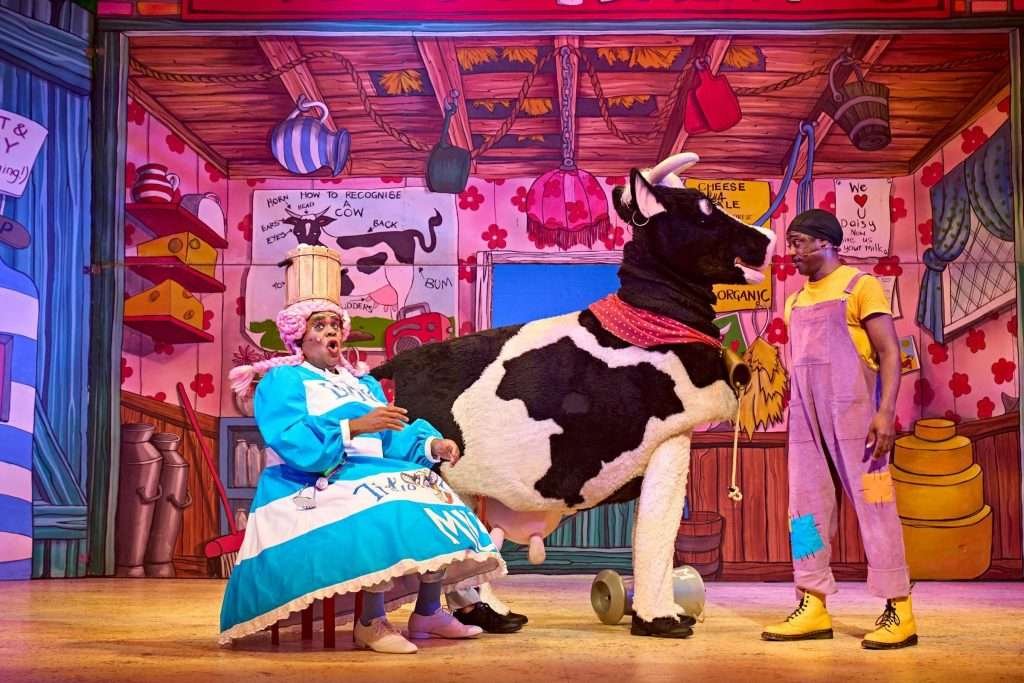 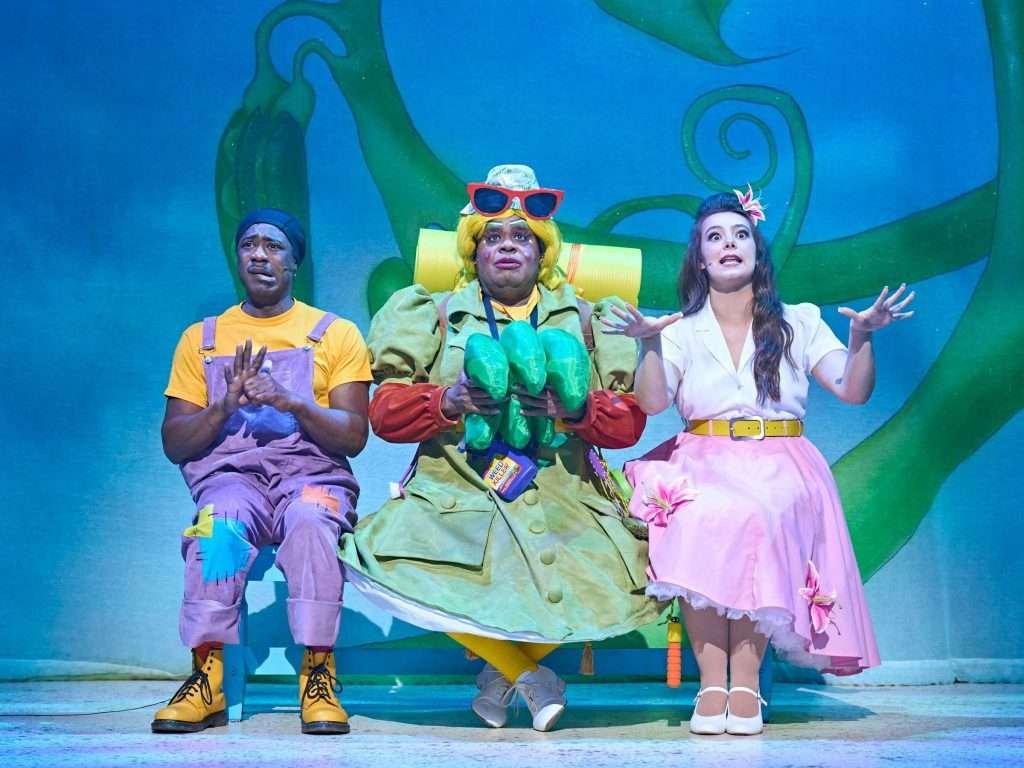 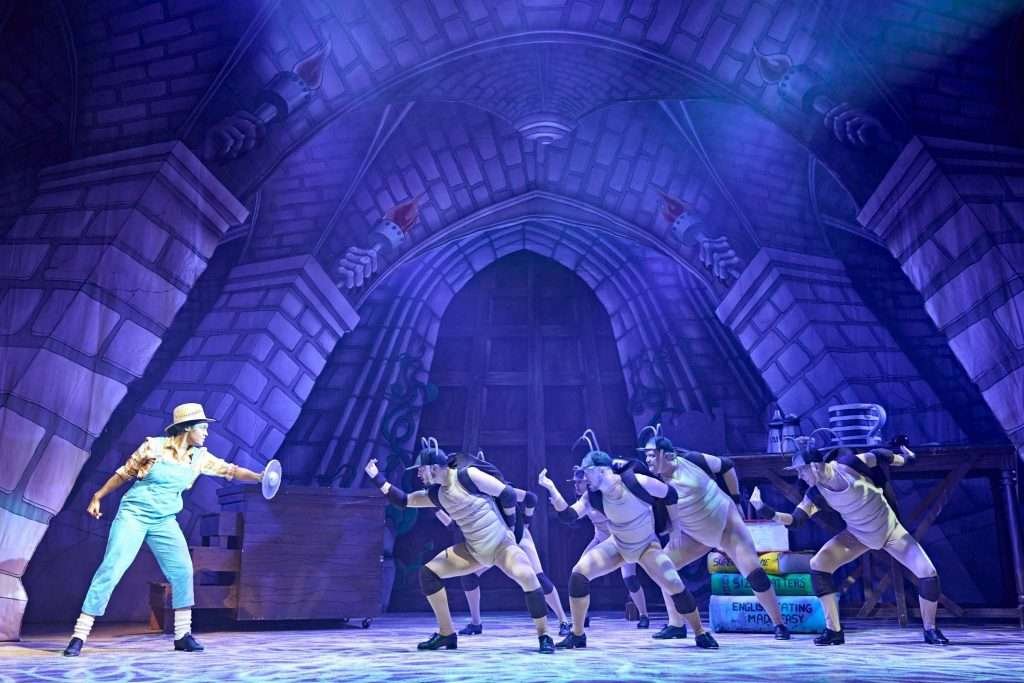 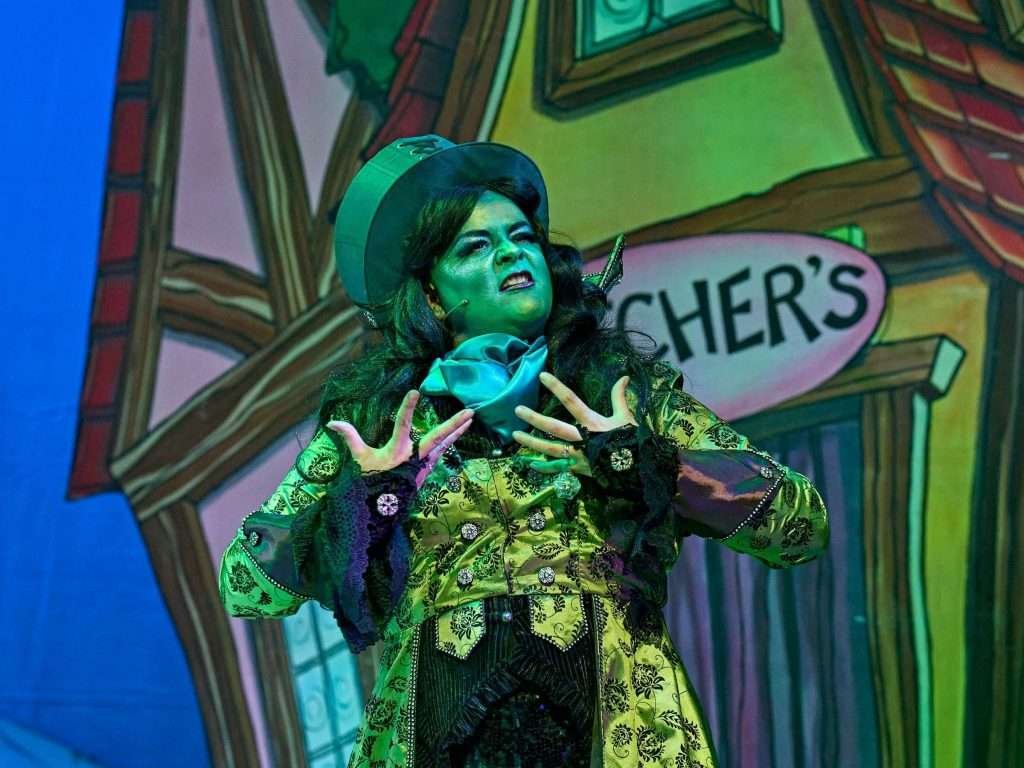