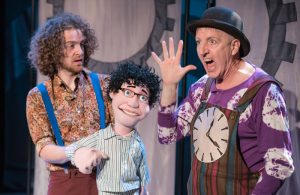 I am fascinated by signing. When I watch BSL in action I love the balletic fluidity of it. I find it arrestingly theatrical too.

Now ballet, of course, is itself a sign language of sorts. Every movement connotes something specific. Real ballet buffs understand every nuance of the choreographic narrative. But this Cinderella is meant for children as young as three so accessibility is its main thrust. As well as having an on stage verbal narrator in the form of actor Sarah Goddard, BSL vocabulary is tucked into the movement where possible. It segues so well into the language of ballet that you hardly notice it happening but it’s jolly effective. Rarely have I seen a story danced with such clarity.

Then came Krazy Kats Theatre Company with Oliver in the Overworld. I saw it at Watermans in Brentford – the start of a substantial tour. Well, it can’t be easy to sign as you sing (or sing as you sign?) but that’s what the accomplished three hander (plus musician) cast led by brilliant mime specialist Kinny Gardner do in this imaginatively fresh show about a clock which goes in search of its memory.  Again, it’s meant for very young children so the signing supports meaning and story telling even when hearing impairment is not an issue. It’s integral to the action and grafted in so neatly that someone, somewhere on stage keeps the signed narrative flowing seamlessly. The end product is utterly delightful.

Signing should be part of everyday life. Not only is it beautiful to “listen” to but it invites in audience members of all ages who might otherwise be excluded. But it needs to be more widely known and used.

BSL is clearly being taught on some vocational performing arts courses at least in a small way. It should, surely, be available at least as on option on every course? I realise there probably wouldn’t be time to take it to the highest level but I’m pretty sure that in three years you could programme in enough to get the rudiments taught and to encourage students to take it further in their own time. At the very least some awareness raising is certainly called for because, if you’re an actor or performer, this is a skill which could get you a job. But I don’t ever remember seeing it on a graduating student’s showcase CV and I’ve read thousands of those in my time. 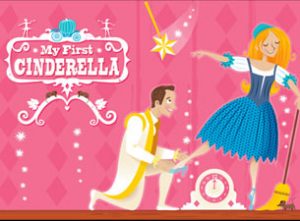 As for the rest of us well perhaps we should all make the effort to learn some signing too. I understand that some nursery classes teach a bit of it. What a good idea. I do hope it catches on. Then trainee performers would at least have a base to build on.