Inspired programming meant a whole concert full of powerful story telling which really showcased the ability of this massive band (102 named in the programme) of talented school-age young musicians from across London. It must be great fun for these young people to play Strauss and Wagner too – all of it dramatic, tuneful and not exactly short of passion.

The poise and maturity of LSSO players – all of them under 18 and some of them still very much children although most are mid teens – is striking. So is the discipline and training which has come through working with London’s Centre for Young Musicians which operates as a division of Guildhall School of Music.

We opened with Strauss’s Death and Transfiguration. Many a professional quakes at the prospect of the exposed opening entrusted to second violins and violas but these youngsters are (apparently) fearless and it came off with sensitive accuracy. The sound was rich throughout and I think this was the first time I’ve ever seen six harps on stage – a rare luxury but manageable, it seems, in a youth orchestra context.

Then it was on to Strauss’s Three Orchestral Love Songs – effectively a set of concerto movements for voice and orchestra for which the ensemble size was slightly reduced. It was announced at the beginning of the concert that soloist Rachel Nicholls was recovering from laryngitis but she still packed plenty of warmth, strength and feeling. What good experience, too for young players to be accompanying rather than taking centre stage. The rhythmic figure in Befreit Op39 No 4 1898 was especially well played. 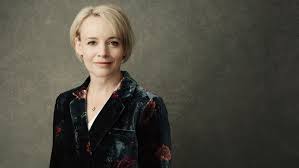 Finally, after the interval we were off to Wagner-land for Twilight of the Gods: A Symphonic Journey. Arranged by Wigglesworth, this is, in effect, a musical summary of the last act of Gotterdammerung with Nicholls singing Brunnhilde’s Immolation (beautifully) at the end. Whether or not you’re a Wagner fan this is a splendid piece for young players to stretch themselves in. There is so much solo work and gloriously abundant opportunity for all those brass and percussion players to excel. The Siegfried horn calls were deftly delivered, the funeral march suitably noble and Wiggleworth’s fine control of dynamic contrast heightened the drama.

What these young players achieve is remarkable especially given their age. Many youth orchestras retain their players to 21 or so. Not this one. Leader Leon Human (lovely rendering of solos in the opening Strauss) is an A level student. It’s also a real joy to observe the audience LSSO attracts. Lots of young people come – from the schools that the players attend and from the Centre for Young Musicians. And of course families are there with siblings. If only we could find ways of getting such youthful and enthusiastic audiences for other classical music concerts.