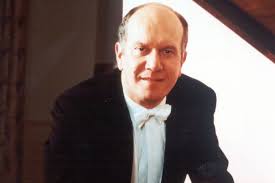 John Lill CBE has been president of the Maidstone Symphony Orchestra since 1980 and his association with it goes ten years further back when he played his first concert with them, shortly after winning the Tchaikovsky Piano Competition. To this day, he generously plays an occasional concert with MSO and unassuming as he is, his presence in the hall has a palpable effect on both players and audience. He seems to bring out an extra edge in a band which always delivers competently but on this occasion they surpassed even their own high standards.

Lill’s account of Beethoven’s third piano concerto was unshowy but intense, the concentration showing only in a slight working of his mouth. It’s a treat to hear the concerto played at a speed which allows us to hear every note of Beethoven’s glorious C minor detail – a refreshing contrast to the usual prestissimo gallop most conductors want to impose on it. The triplets just before the end came across in this performance as an intelligent question and answer dialogue between piano and orchestra. Other high spots included the long cadenza full of virtuosic tension at the end of the first movement, which had me (and most of the rest the audience) on the edge of our seats, and the exquisite lyricism in the largo.

The Beethoven was sandwiched between Weber’s chirpy Oberon overture and Brahms’s most magnificent symphony – the Fourth and last. The Weber presents a challenging opening with its horn solo and muted strings – all very exposed before it leaps away into the first dance tune. It isn’t the easiest way to start a concert but it came off adequately.

And by the time we reached the vibrant warmth of the Brahms, all nervousness had gone and the John Lill effect had worked its magic.  From the exuberant precision of the opening allegro through the delicacy (all that pizzicato!) in the middle movement to the initially ponderous, grandiloquent fourth movement, it was glorious. I once heard the late, great Antony Hopkins (the musicologist not the actor) give a talk for children about this last movement and he told them to remember “B-R-A-H-M-S Spells Brahms” and explained how to listen for the opening statement in various forms for the rest of the movement. If only there had been more children and young people in the audience at this concert to hear this enjoyable account of it.

For various reasons this was the first MSO concert I’ve managed to get to this season and I’m struck afresh by the quality and freshness. I think it is scaling new heights of achievement. Andrew Pearson is certainly the most charismatic leader the orchestra has had in a while and I’m sure he is part of the reason. The string sound is rich and rarely falters and – among other fine performers – Anna Binney, principal flautist – more than deserved the applause Brian Wright directed towards her at the end.