Three big works meant an enlarged orchestra (85 players) which included four percussionists, piano, celeste and harp as well as big string sections. And they were all in pretty good form despite the off-puttingly cold weather (which had cost the orchestra a rehearsal, Brian Wright informed us at the beginning) and the sparser than sometimes audience.

The star of the evening was American soprano April Fredrick who sang Wagner’s gut-wrenching Prelude and Liebestod from Tristan and Isoldefollowed by Richard Strauss’s Four Last Songs. She is an unusually charismatic performer, engaging herself emotionally from the first bar of that arresting Wagnerian string passage – nicely played here by MSO players rising in a body to the occasion. By the time Fredrick actually began to sing (off-book) I was mesmerised by the power of her voice, her control and her communication of musical passion. She had me on the edge of my seat and in tears. 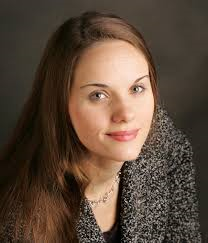 Strauss’s Four Last Songs is a very special valedictory work and it was quite a treat to hear (and see) this final homage to the composer’s soprano wife and their long marriage performed so well. Fredrick sang Fruhling (Spring) with smiling eyes and joy in every note before finding mellow melodiousness in the lovely low register, sostenuto notes of September. She then gave us poignant assertion of that beautiful tune in Beim Schlafengehen (Going to Sleep) which she sang through tearful smiles. Finally came a resolute, immaculately sung, sombre Im Abendrot (At Sunset) with Andy Bridges doing a splendid job with muted tuba and Wright managing the pianissimo ending with adept tenderness as it dies away.

And so to Shostakovich’s magnificent fifth symphony. Wright provided masses of D minor mystery in the opening movement and made sure we heard lots of orchestral colour including drama from the xylophone and fine flute and clarinet solos. Also noteworthy was the crisp pizzicato work in the allegretto and the sensitivity the orchestra achieved in the largo. Shostakovich, of course, knew a thing or two about contrast and Wright took the loud, rhythmic, grandiloquent finale at a suitably cracking pace. This striking movement is always a field day for the timpanist whose part is anything but subtle and Owain Williams was clearly enjoying himself. No wonder he looked exhausted at the end.