The English oratorio was, it seems, born almost by accident. Handel’s Esther, the first known example of the genre, began life as a masque in a Middlesex mansion in around 1718. It reappeared in London in 1731. These were private performances, staged and in costume. Then, in 1732 – partly because Princess Anne wanted to hear it – a revised and expanded version was presented in concert form with singers drawn from opera but without scenery or action at The King’s Theatre, Haymarket. Oratorio had arrived. 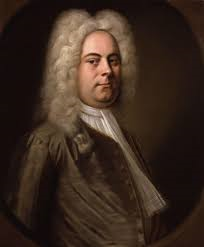 Andrew Gant stresses what he calls “the iterative nature of Handel’s compositional method”. Almost everything including Saul (1738) and, eventually Messiah (1741) was extensively reworked and developed.

Using texts and manuscripts from the Bodleian Library this is a book about context and genesis. Oratorio came into its own because the Protestant establishment forbad opera during Lent but oratorio was acceptable to most although, inevitably, there were those who said that Mr Handel was, effectively, blaspheming sacred narratives by dramatising them profanely in music and song.

Gant is good on Charles Jennens, Handel’s librettist and collaborator. He was an English patron of the arts, philanthropist, wealthy Leicestershire landowner, and passionate high church Anglican. He suffered from what we would now call depression and was a non-juror: someone who refused to swear allegiance to the Hanoverian dynasty because he did not recognise the legitimacy of the execution of Charles I or the overthrow of James II. He was therefore marginalised in public life. Gant observes that Jennens could be catty and finds some entertaining exchanges in the letters between him and Handel. Jennens also sometimes commented on word setting, or even the order of the numbers in the score, and his handwriting is visible in some of Handel’s manuscripts.

Surprisingly, given the range of Messiah examples he cites, Gant doesn’t mention the awkward wording and setting of “All we like sheep”. For years as a child I took “like” as a verb and couldn’t understand why anyone wouldn’t.

That’s a tiny gripe though (along with misspelling of “benefited” on page 13). This is an informative, engaging book which never patronises. It’s fascinating and detailed  on Handel’s “borrowings” (from his own work and others) and the ways in which Messiah has been presented and received for over 250 years from 2,765 performers at Crystal Palace in 1859  to spare, authentic performances which gained popularity from mid-twentieth century.