If you accept this techni-colorful, tuneful show on its own terms – rather than wanting it to be something it isn’t – it’s jolly enjoyable.

If you don’t, then you’ll be disappointed because the “magic” is pretty transparent and it sometimes feels like a variety show with many spectacular set pieces but not enough narrative focus.

So swallow that spoonful of sugar with Mary (Zizi Strallen) rather than treacle and brimstone with Miss Andrew (Claire Moore) and marvel at the panache of an imaginative production.

You won’t forget, for example, cheerful chappie, rubber legged Charlie Stemp – for whom the part of Bert might have been written – tap dancing on the ceiling.

Read the rest of this review at Musical Theatre Review:https://musicaltheatrereview.com/mary-poppins-prince-edward-theatre/ 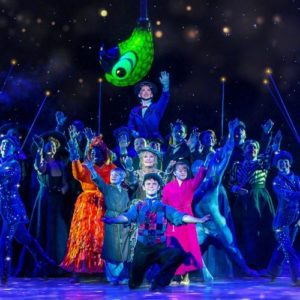