Tete a Tete: The Opera Festival

He who tires of London tires of life. Well it’s certainly never short of surprises. This is “my” city and yet hardly a week goes by without my discovering a venue, space or place I didn’t even know was there. The rather beautiful Holy Cross Church in Cromer Street, King’s Cross, for example, was completely new to me. Built in the 1880s by Reginald Peacock it provided a surprisingly apt backdrop for a short operatic piece about Mary Tudor – aisle, pulpit, chancel steps and a handy prie-dieu all had a part to play. 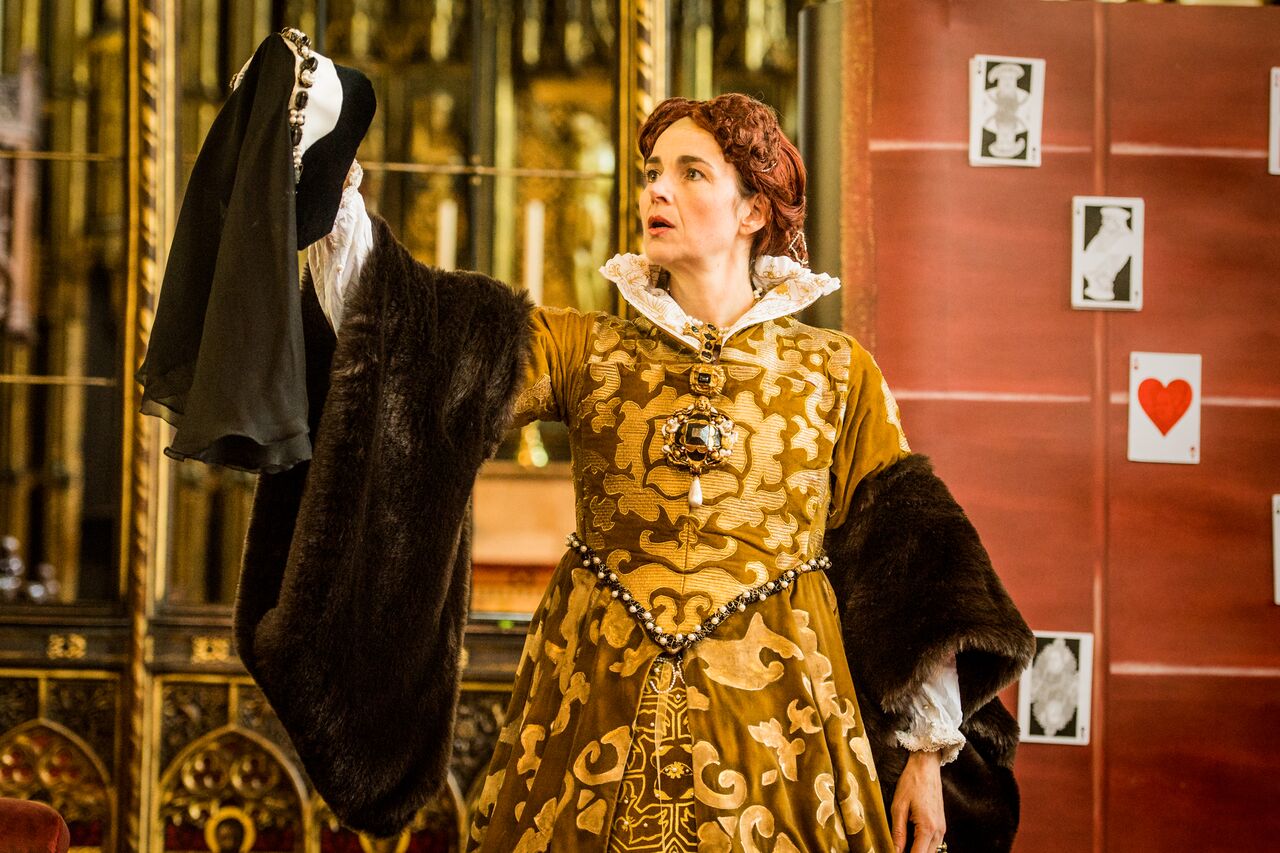 Mary’s Hand, with words by Di Sherlock and music by Martin Bussey, is a musical monologue about Mary Tudor – a sort of autobiography in words (mostly sung but occasionally spoken) and music. It seeks to make us think about very familiar mid 16thcentury events from the point of view of someone who has been, generally, demonised by history. Yes, Mary ordered the execution of the “protestant martyrs” (not what she called them) but as talented mezzo Claire McCaldin sings with angry passion. “Archbishop Cranmer? He made me a bastard.”

The piece is predicated on Mary’s passion for card games and McCaldin occasionally invites an audience member to draw a card which she then attaches to a display screen and moves on the next section of her story. This device determines the order in which the sections run but the 80 minute opera would have worked perfectly well without it.

It’s quite a performance from McCaldin who wears a fabulous brown and cream dress with fur sleeves, modelled on the 1553 portrait by Hans Eworth and paid for by crowd funding. The dress then gradually comes apart to symbolise what’s happening to its wearer. At the end she walks back down the aisle in a simple white undergarment (shroud?) carrying a candle like Lady Macbeth.

McCaldin is variously eye flashingly sexy, imperious, wistful, resigned and angry. And she maintains a remarkable level of energy given that this is effectively an 80 minute solo. Her voice includes some ruby red impassioned low notes and some fierce, sometimes hysterical, high ones.  She manages the emotional contrasts with verve.

She is accompanied by an all female  trio – hidden behind a pillar and therefore invisible from my seat, unfortunately – consisting of trumpet, cello and oboe/cor anglais. Martin Bussey’s evocative music uses some interesting effects including col legno cello, rapid pizzicato, lots of off beat blasts and a strange purring tongued effect on the trumpet. Words and music complement each other seamlessly. Don’t go to this if you want melody and “numbers” but it’s worth catching if you’re looking for passion and convincing acting within eloquent music.