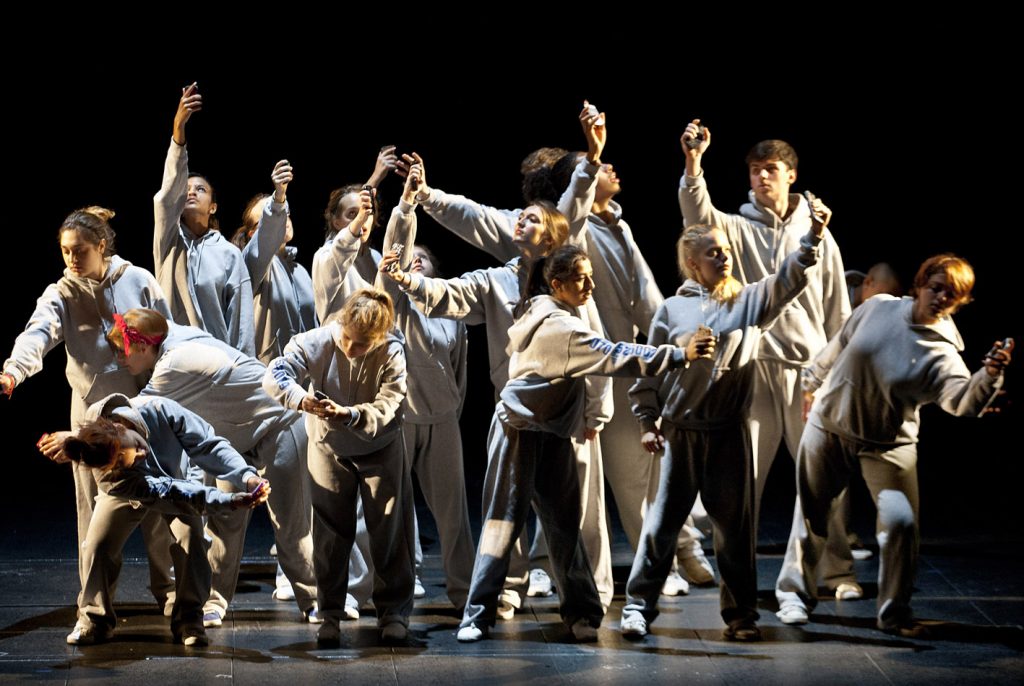 As NT Connections reaches 21 years, SUSAN ELKIN offers an insight into its continued success and hopes your school will participate next year.

I saw and enjoyed Blackout by Davey Anderson at the Marlowe Theatre, Canterbury in April. It opens dramatically with 30 or so teenagers staring silently and balefully at their phones and then unravels the story of what happens to one particular misunderstood boy who finds himself in trouble. But I could probably have seen this sparky new play about teenage disengagement and its dreadful potential consequences, inspired by a real incident in Glasgow, at Aberystwyth Arts Centre, Brewery Arts Centre Kendal, Lyric Theatre Belfast, Norwich Playhouse – or at the 40 other venues across the UK which acted as partner theatres for this year’s National Theatre Connections. It’s an annual nationwide youth theatre festival and it’s huge.

It’s hard to think of another education project which has not just lasted, but also grown and developed for 21 years and continues to do so. Originally called Shell Connections in deference to the then sponsor, it’s a carefully thought out scheme and invites youth theatres and school drama groups to rehearse and present a new play.

Each year the National Theatre commissions new work for Connections from eminent playwrights. For 2016 that included Mark Ravenhill, Simon Armitage and Partrick Marber. This year there were a bumper twelve plays in honour of the 21st anniversary of the project’s start. In the past it has been six. For 2017 there will be ten.

Groups apply to take part and the cycle begins each summer for the following year. The company I saw was the Marlowe Youth Theatre. The plays are carefully structured to use flexible numbers in ensemble – so the texts can be made to work effectively with both small and large groups of young actors. What I was watching was the Marlowe’s own contribution in preview on its home turf and there were around 30 in the cast. Later there was a Canterbury festival of other local groups with different NT Connections plays because the Marlowe is one of the 45 participating partner theatres nationwide.

Youth theatre leaders and school drama are supported through the process of directing their plays, from choosing the script from the commissioned plays – you have to state a first and second choice – and attending a directors’ weekend in October. And there are opportunities to seek help and guidance throughout the rehearsal period.

Thousands of young people have taken part in National Theatre Connections in 150 new plays since 1996. For 2017 the hope is that there will be 5,000 participants both on stage and backstage.

And for the plays themselves, the performances are only the beginning. All are published in anthologies and you can buy previous years’ plays via the National Theatre bookshop.

It is probably the most ambitious and largest youth theatre festival in the world. Here’s to the next 21 years.

Want to put on a previous NT Connections play?

National Theatre itself reserves the right to mount a professional production and if it does so the performing rights for that particular play will not be available to others for a while. If it does not, then you need to contact the playwright via his or her agent for permission to stage the play with your school or group. Agents’ details are printed in the anthologies.

Applications are open until 8 July 2016.