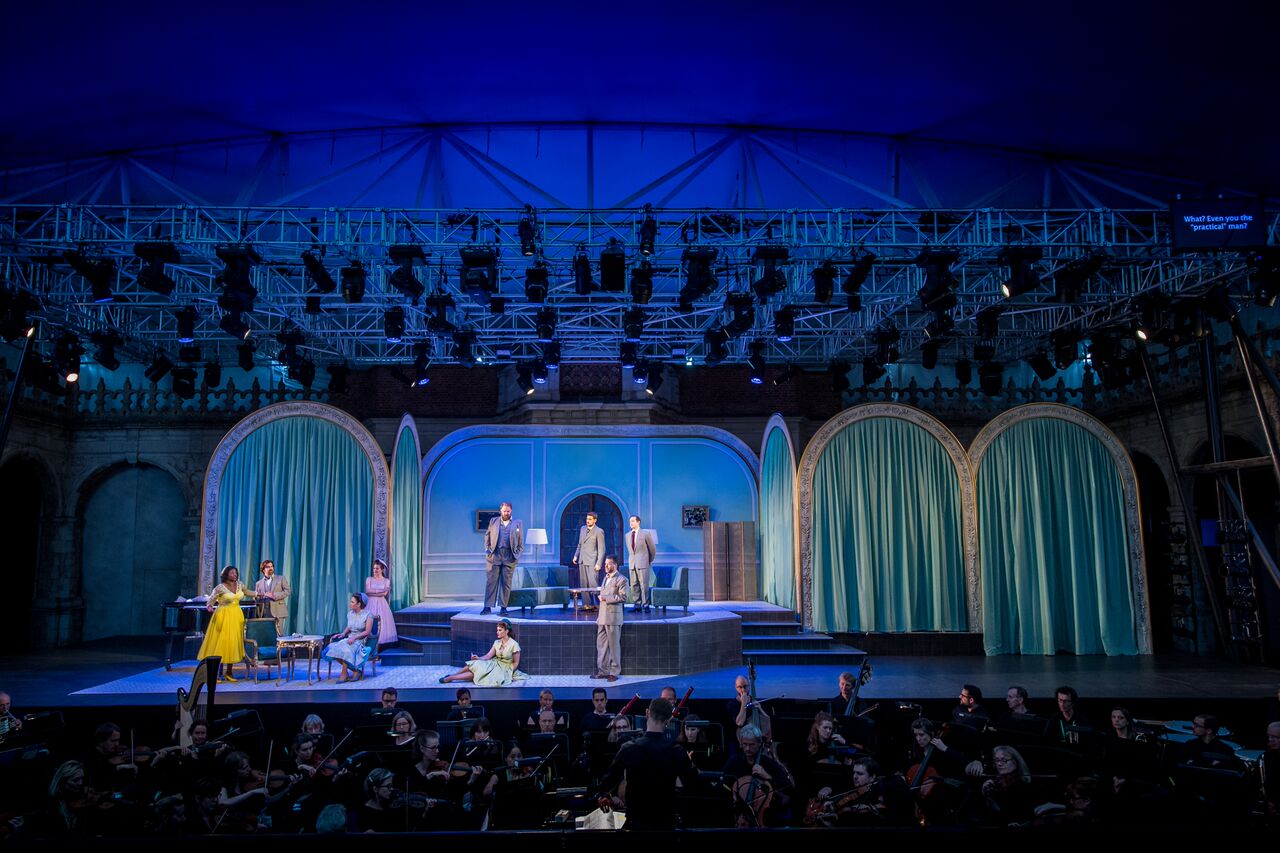 The opening performance in OHP’s 2017 – and in its lavishly refurbed premises – is energetic, enjoyable and colourful. Director Martin Lloyd-Evans makes interesting use of the very long (almost traverse), split level playing space and there’s a vibrant sound coming out of the pit under Matthew Kofi Waldren. The occasional acoustic awkwardness and time lag caused by having, for example, the horns a very long way from the percussion is more than compensated for by delightful attention to the detail in Puccini’s richly orchestrated score.

Puccini’s 1917 opera tells the story of Magda, a classy girl whose comforts have mostly been earned on her back, attracting and falling in love with a decent man who doesn’t realise what she is – cue for much angst, eventually on both sides and no chance of a happy ending. The title – the swallow in Italian – presumably refers to her flitting from man to man and disappearing at the end.

Design by takis places us firmly in the 1950s with candy coloured full skirted frocks, a rather beautiful pastel green drawing room and lots of suits and smoking place us firmly in the 1950s. And when we move to a bar/nightclub/salon of doubtful repute in Act 2, the all cast waltz is choreographed (movement director: Steve Elias) as a big jiving sequence which is good fun and very effective.

The night belongs, though to Elizabeth Llewellyn as Magda and Matteo Lippi as Ruggero. Llewellyn has a voice like best dark chocolate in the lower register and crystal clear water in the upper. She achieves an impressive variation of tone and packs in huge amounts of immaculately acted emotion. Her reading aloud of the letter from Ruggero’s mother in the third act is a good example of impassioned excitement mixed with horror. It is a very fine performance indeed.

Lippi blends with her well, also conveying well sung passion and, in the end distress. This may not be Madame Butterfly, Turandot or La Boheme but there are still some very melodious passages and Lippi and Llewellyn treat us to some magnificent duets.

A good start to the season, then, and I was one of hundreds of women who were openly impressed by the new lavatories. Thanks, Opera Holland Park and your sponsor Investec.