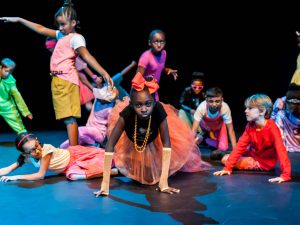 I’m delighted to hear that two child-centred organisations whose work I’ve long admired and supported are collaborating this year – although the details of what exact form the work will take are thin on the ground at present.

The Pauline Quirke Academy and Shakespeare Schools Foundation have announced that they are to “join forces to support 30,000 students through the unique power of Shakespeare.”

Celebrating its 10th birthday this year, The Pauline Quirke Academy of Performing Arts is, of course, a national performing arts school for under 18s.

SSF, which has been running for 18 years, is the world’s largest drama festival for under 18s. Annually, it  involves nearly 30,000 young people. Every year they work with pupils from every community, background and school type across the UK. Months of preparation in school culminate in exhilarating performance evenings in over 130  professional theatres in every corner of the country.

The two organisations say they share a similar vision: “an aspiration to provide young people with life skills through performing arts training.”

And, obviously, Shakespeare is a significant contributor to both theatre and to the English language. Studies show that learning Shakespeare can have a wonderful effect on children – in fact, evaluation conducted by SSF shows that 99% of teachers said their students’ confidence increased, and 97% of teachers agreed that their students were better at working together as a team as a result of taking part in the Festival.

Meanwhile students at PQA learn skills valuable skills for everyday life, not just the performing arts. Presumably SSF shows will now be made available to PQA groups who can then take part in festivals. I hope that’s what this collaboration means because  taking a bow at a theatre full of people applauding you builds confidence like nothing else.

Speaking of the new partnership, actor Pauline Quirke said “We were looking at ways to celebrate our 10th anniversary and we decided that we wanted to support a children’s educational charity. We met with Ruth, the CEO of SSF, and really liked the amazing work they do and the impact they have on children’s lives.”

Shakespeare’s plays really are uniquely life changing and if this collaboration means that more young people will have access to their power then that can only be a Very Good Thing.