Credits: Performed by Chichester Festival Youth Theatre. Adapted by Anna Ledwich. Music by Tom Brady From the original novel The Adventures of Pinocchio by Carlo Collodi.

It has long been my contention that Chichester Festival Theatre has one of the finest youth theatres in the country and this show proves it – again.

All photos by Manuel Harlan

CFT knows how good it is too which is why it confidently turns the theatre over to the ever-talented Dale Rooks and her young performers every Christmas and allows them to stage the venue’s Christmas show with all the production values any other CFT show would get.

Sixty performers (there are two teams) are selected by audition from the youth theatre’s 800 members and what a professional job they do with Anna Ledwich’s fresh, affirmative script. This take on Pinocchio focuses on personal integrity and development. Like every child in the world this puppet boy makes a lot of mistakes but he learns from them and, eventually, comes through with flying colours when presented with the ultimate challenge. And Ledwich even works in some observations about marine pollution without labouring the point too much.

Archie Elliot is delightful as Pinocchio, wobbling as he turns human, learning to speak, communicating in bubbles when he’s under the sea and dancing when he’s turned into a donkey – well, exactly as a donkey would, but he does it with neat grace. 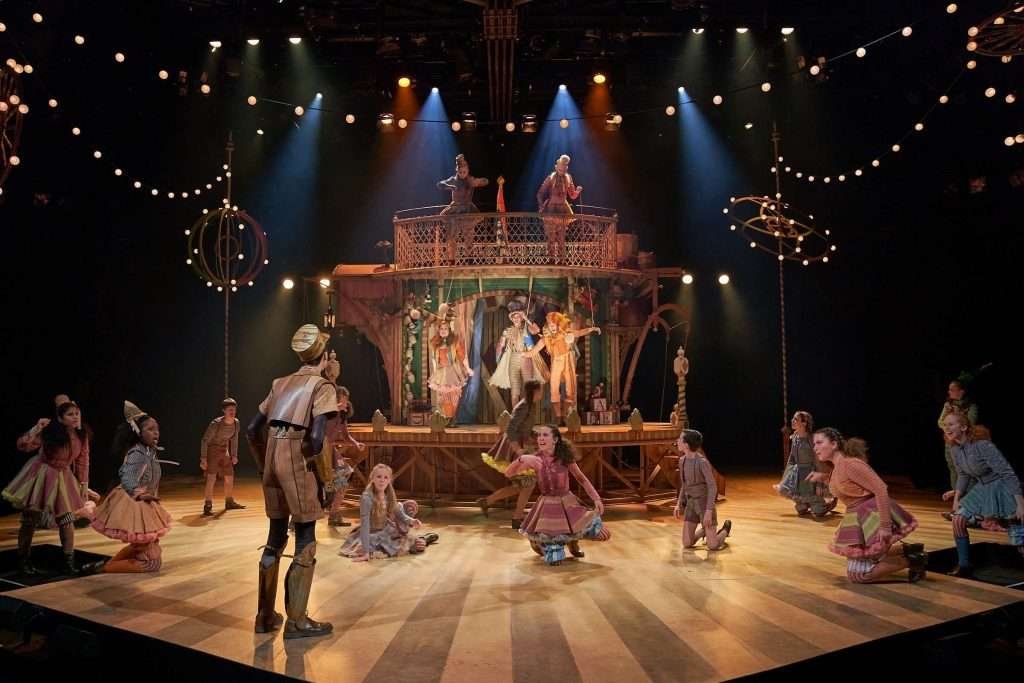 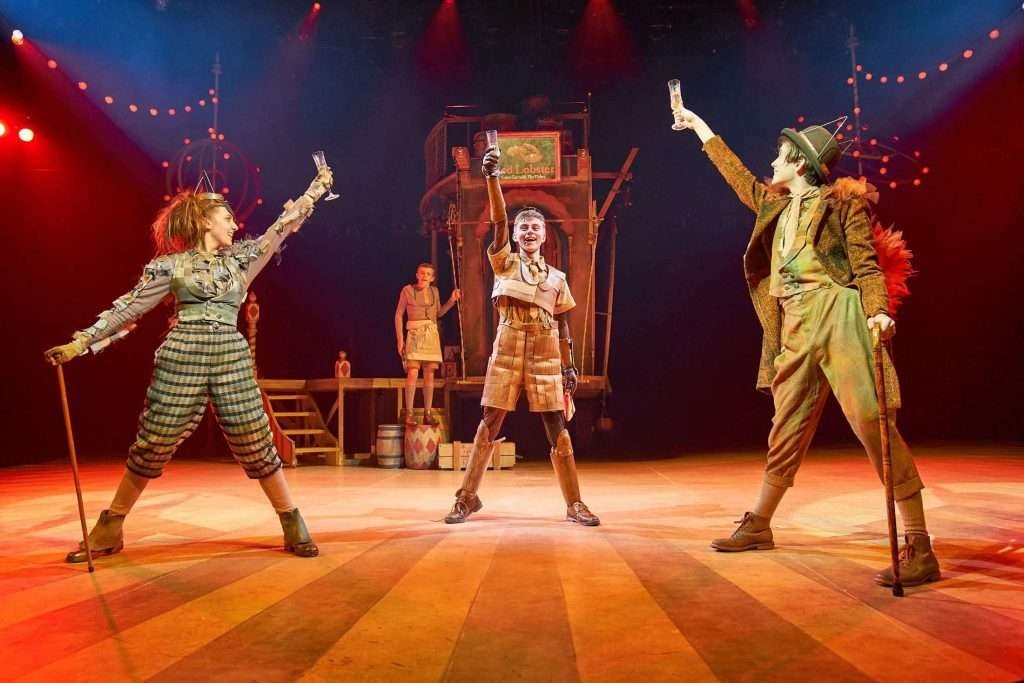 Alfie Ayling’s Geppetto is warmly convincing and Meg Bewley is very strong as the Fairy who watches over  Pinocchio from a distance. Annalise Bradbury is feisty as the exasperated Cricket who accompanies Pinocchio and acts as his usually ignored conscience. And I liked Ella O’Keefe’s powerful performance as Madam Silversaw.

The set is based on an old farm cart which revolves to reveal different scenes. It works well because it provides a small stage in the middle of the playing space and has a balcony on top so at times the action is on three levels. With set design by Simon Higlet and costume by Ryan Dawson Laight, the very commendable policy decision for this show was to work entirely with recycled materials. Thus fabrics were accessed from charity shops and re-dyed and the farm cart is just that. And it all looks terrific.

A show of this sort stands or falls on its ensemble work and this one more than stands. Pinocchio is an episodic piece ( Carlo Collodi’s The Adventures of Pinocchio is a series of short stories) 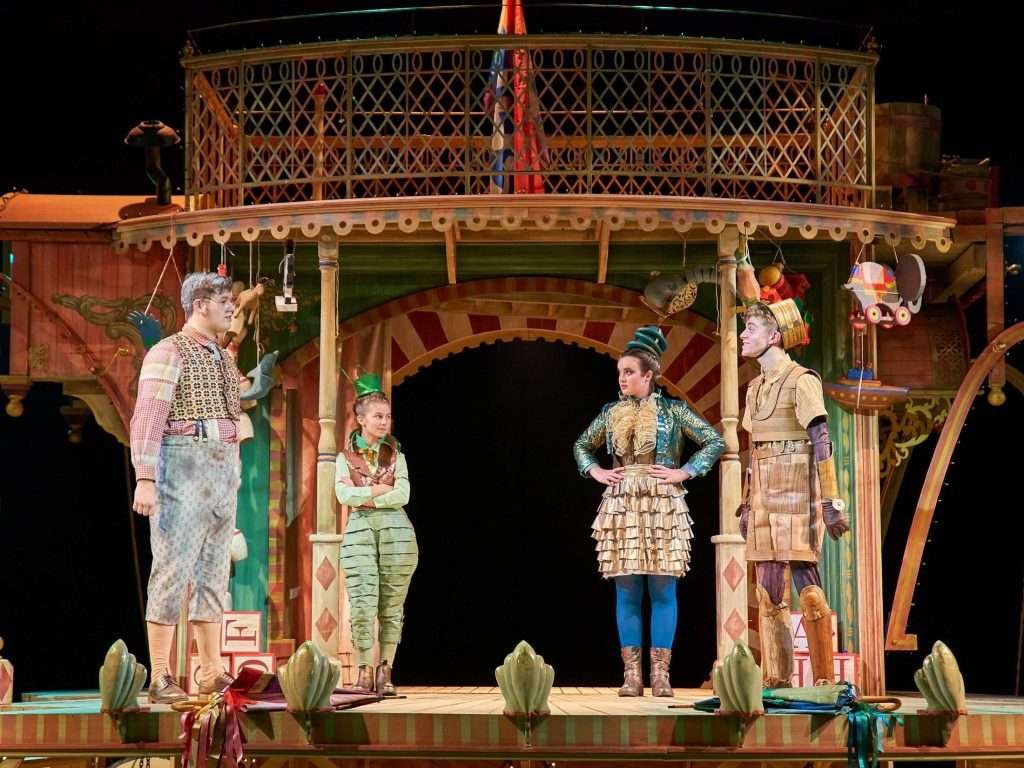 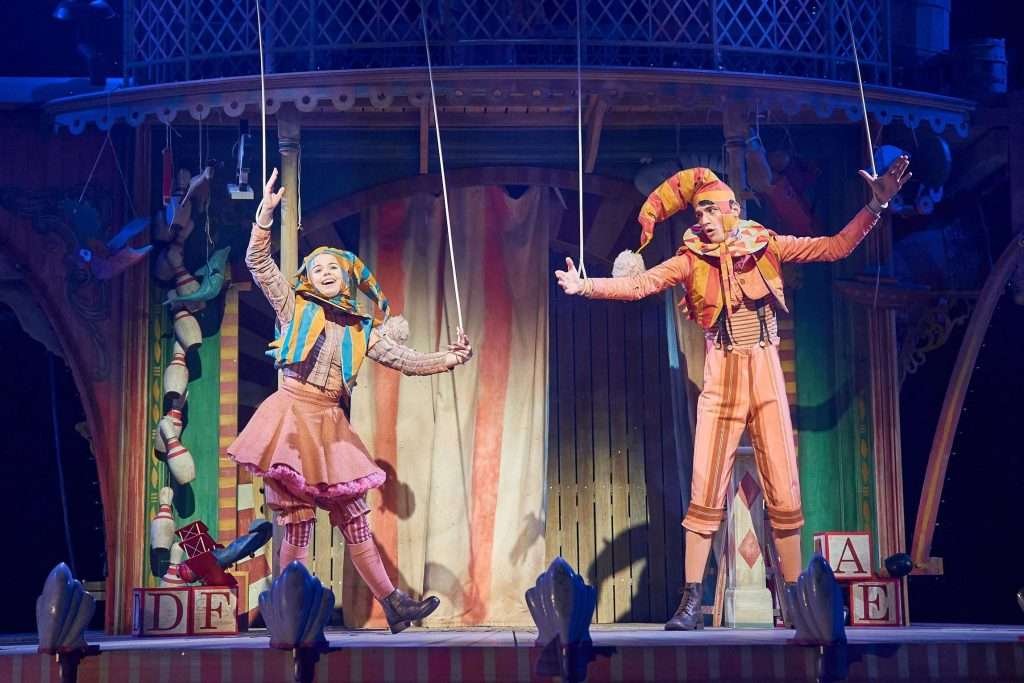 And that’s ideal for youth theatre because you can use different performers in different scenes and everyone has something to do. The shellfish scene is great fun as is the finale when Pinocchio and Geppetto finally get home and set about building a roundabout – which is enacted below the workshop by an ensemble group.

Tom Brady’s music is tunefully full of earworms and ably played by a six piece band above the stage with Colin Billing as MD and playing keys. Especially memorable is the very jazzy rhythmic song sung by the Fox and the Cat, with the saxophone weaving slithery musical magic, as they dupe Pinocchio and steal his money.

And all that has been achieved in safety, observing restrictions and practising social distancing in rehearsal as well as on stage. When two characters really have to hug they mime it – and it works. Well done, all.

At the last minute I decided that perhaps, even for work, I should not drive 70 miles from my London Tier 4 home to see this show in Tier 2 as I’d planned  – so I watched the livestream from home. But oh, how when I saw and heard the audience and the excitement of live theatre, I wished I were there with them.  Next year I hope … 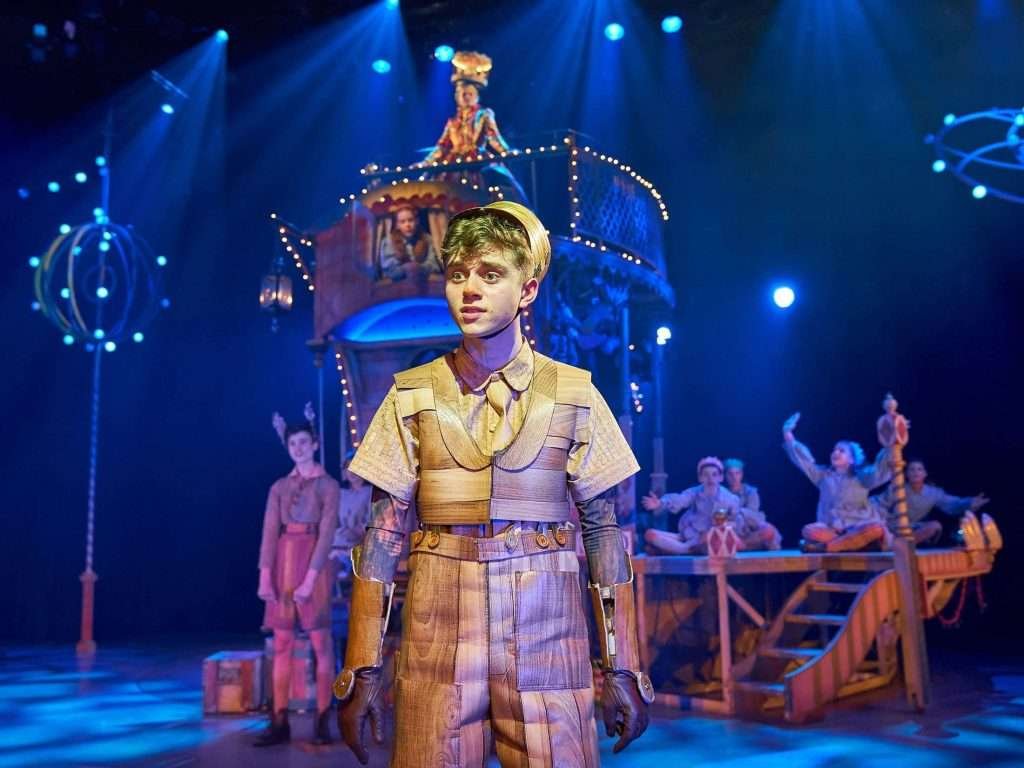 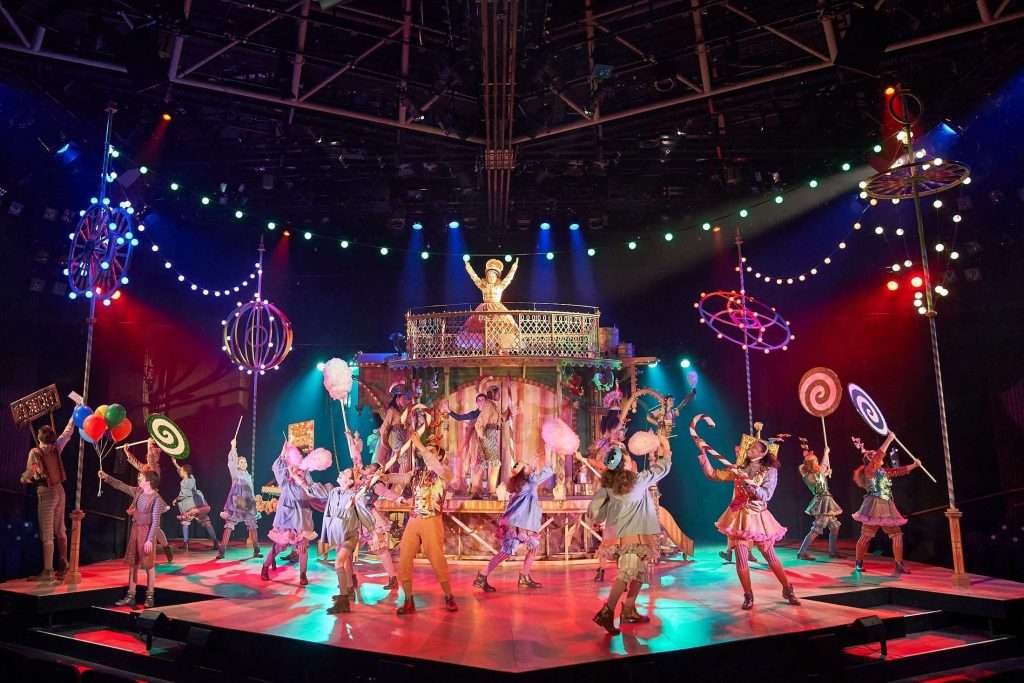