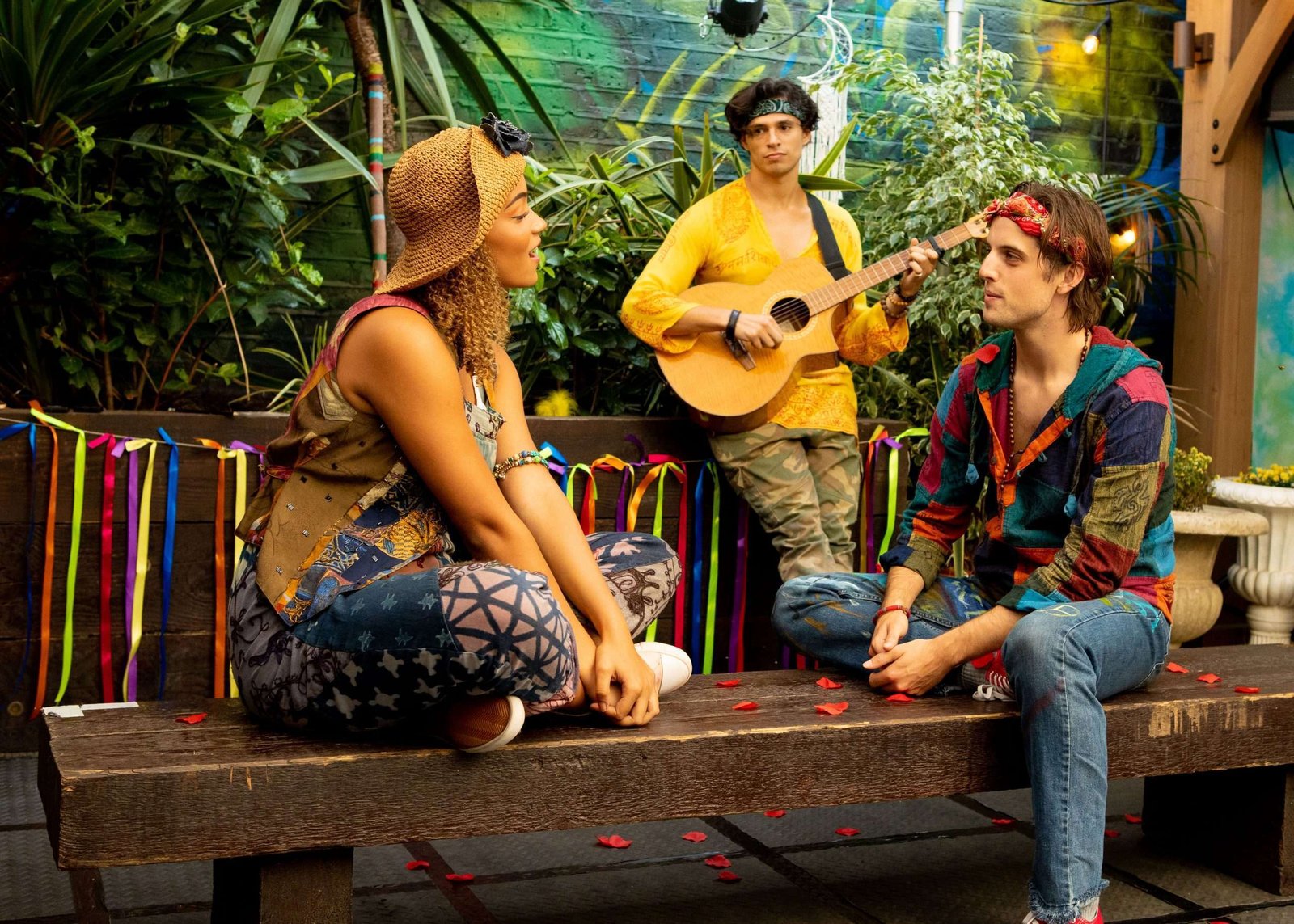 A case study in how to present a large piece on a small Covid-times scale – and do it well!

Hard on the heels of Fanny and Stella, a great success in the new Garden Theatre at The Eagle earlier this summer, Steven Dexter’s imaginative take on Pippin is both intimate and immediate.

Seating on both sides means that the space becomes a mini-traverse. The talented cast of six, accompanied, by Michael Bradley on keyboard and just in sight, use every inch of it. In the introductory sequence one actor neatly landed in the splits at my feet and muttered something about liking my necklace.

Pippin is, of course, the story of Charlemagne’s son – sort of. First produced in 1972, it timelessly explores themes of ambition, fulfilment and what really matters in life with a cynically witty dismissal of military values and nationalism in favour of family life and farming.

Joanne Clifton excels as both Pippin’s mother and grandmother, posturing, pouting and twisting her apparently rubber body into unlikely shapes. She is also very funny, especially in her show stopper number “Oh it’s time to start living” in which she gets the audience to join in and then quips that because of their face masks she can’t see whether they’re singing the right words.

Among a lot of good music, Dan Krikler’s patter song so reminiscent of G&S – double speed in the final verse “because we’re running out of time” stands out.

Ryan Anderson is lyrical and plaintive as Pippin, hitting his high notes with warmth and being very convincing as a troubled young man.

I also admired Tsemaye Bob-Egbe as the lead player who directs the show within a show. She has oodles of stage presence and a powerful singing voice.

And what a joy, incidentally, to hear all this in an resonant space without radio mics. The closeness means that you can hear the harmony – and who is singing what – with unusual clarity.

It must be quite a challenge to choreograph this show in a space barely 20-feet long and 10-feet wide when you’re meant to be social distancing. Nick Winston, though, has risen to it with aplomb and the show is both vibrant and arresting. The balletic fight against the Visigoths is particularly good.