Anyone remember John Christopher’s 1964 novel The Possessors? Not actually one of Christopher’s best novels, but it scared the pants off me when I first read it and I’ve thought a lot about it recently.

In short: An avalanche cuts off an Alpine hotel-chalet from the outside world. Unbeknown to the trapped families, who are quite comfortably riding out their temporary incarceration, the avalanche also realises some form of malevolent extra-terrestrial life which has lain dormant, waiting there for a very long time. It needs a dead human body to inhabit in order to work its evil. When a child dies (can’t remember how) the parents grieve, obviously, and the body has to be put out in the snow. Then, of course, the child appears to come back to life so the parents accept him in wonderment – but it isn’t really their child. It’s a predatory invader which has borrowed and now possesses the child’s body and from the inside of the chalet  he/it can admit others.

It was, I don’t mind admitting, a very long time before I could open the back door in the dark without thinking about all this. I’m not good at horror and not even very keen on sci-fi but we were, at the time, promoting John Christopher in a school I was teaching in the late 1970s so I felt obliged to read it.

Alzheimer’s is, I’m coming to realise,  a form of real life possession. The fastidious, orderly, funny, intelligent, feisty man I married back in 1969 has gone – dead to me, in effect. In a sense I am already widowed. Yet, his leaky, trembling body is still very much present and the person who inhabits it often feels like a stranger. It is exactly as if that body were possessed by someone or something and I suppose that’s what I mean by the Ms Alzheimer’s personification. The man who has forgotten geography, how to tell the time, elementary hygiene, how to make a cup of coffee, what month we’re in, needs help to get down steps and much more is someone I barely recognise at all and I yet I live with, and look after, him 24/7.

Of course – and that’s where the analogy with the John Christopher novel ends – there’s nothing wifully malevolent about this. It’s an illness, it’s random and it’s part of nature. And, thank goodness, My Loved One has become meek (not an adjective anyone would ever have applied to him until recently) and compliant rather than awkward or, worse, aggressive. He just messes things up (table laying, laundry sorting etc ) all the time because he can’t retain what I’ve asked him to do even for five minutes. In practice I “allow” him to do less and less around the house because – probably a fault in me but I can’t help it – it’s easier for me to do everything myself in the first place than to let him get involved which means I have to sort it out afterwards. And he gets desperately, and increasingly, confused and panicky if his lifeline – that’s me – is out of sight for long.

The idea of “possession” to explain mind and brain issues has been around a long time. Trepanned skulls have been found in prehistoric sites all over the world probably because ancient healers thought they could release whatever was causing the problem via a drilled hole. In the New Testament we read of the Jesus figure curing a man “possessed by devils” by directing said demons into a hapless nearby herd (collective noun for pigs?) of Gaderene swine. All a load of superstitious nonsense, of course, but when you live with someone whose personality is unravelling daily, as if there a take-over in his brain, you can understand how such stories evolved.

And if you are sharing your life with a “possessed” person you have to keep adjusting and that’s one of the hardest things. I frequently forget briefly and try to speak to the real person I married in the normal way. Typically he hasn’t got a clue what I’m talking about if I chatter away about, for example, someone I met while I was out or something funny I saw. His concentration span is very short and I really need to keep communication very terse and tight and not attempt  burden him with things he doesn’t need to know.

Whatever this situation is, it’s certainly no longer the marriage of true minds. 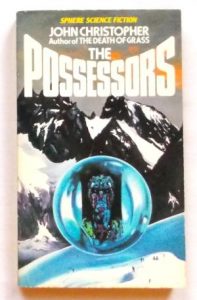