I first encountered Haydn’s Creation, never mind how many years ago, at school. A group of us were then selected to play and sing in a London Schools performance under David Willcocks at Caxton Hall. I played second violin and it was one of those life changing, never to be forgotten experiences. I’ve sung it many times since, too.  I was, therefore, thrilled to see and hear the 200-strong 2019 Proms Youth Choir  making a terrific job of it. I know, from experience, that whatever these young people go on to do in the future, this performance, and the rehearsals for it, will have changed them for ever. And how wonderful to hear a choir with such an enormous body of fine tenors and basses. 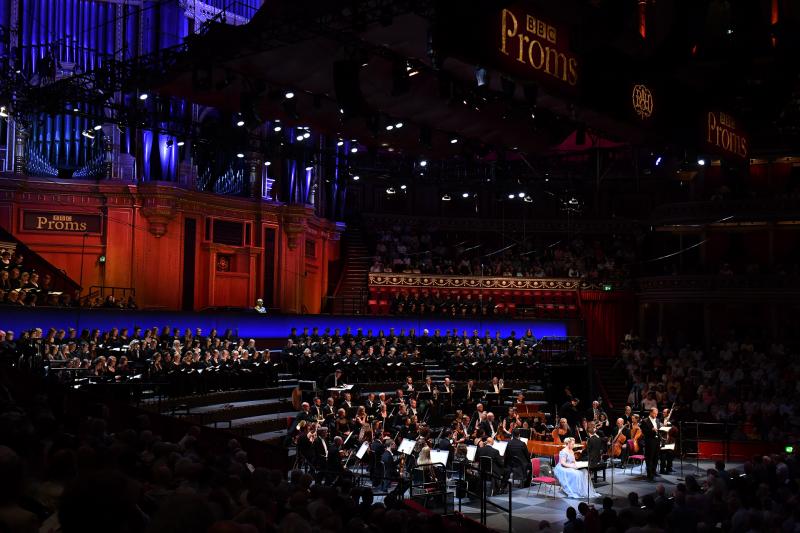 Conducting from the harpsichord, Omer Meir Wellber gave us a sensitive Introduction – effectively an atmospheric overture and Haydn was, of course, very good at atmosphere – before the warm magic of Christoper Pohl’s voice filtered in with Im Anfange schuf. It was an inspired idea to have the choir sing the first number off book too because it meant that the cohesion was electric from their very first note.

Pohl is a charismatic and cheerfully empathetic performer. As well as singing with warmth and colour, he frequently looks round at the choir and orchestra and watches other singers attentively. There was a nice moment, for instance, which made the audience chuckle aloud, when he reached the words der himmlische Chor in the Sixth Day section and he gestured to the choir behind him as if to introduce them.

Tenor, Benjamin Hulett and soprano, Sarah-Jane Brandon both put in pleasing performances too. Brandon’s top notes are especially rich and I enjoyed the unexpectedness of Hulett’s suddenly breaking into English for four lines of spoken word near the end. The three work together for trios and duets too and one or two glitches passed almost unnoticed.

But really this performance belonged to the choir (chorus master: Simon Halsey) whose precision, discipline and controlled energy was outstanding especially in the joyous Die Himmel erzahlen. Youth, confidence, insouciance, talent and good training are a powerful combination.

There was also some fine playing from the BBC Philharmonic. This score is fun and we were never allowed to forget that. The gelenkige Tiger, Das Rind in Herden and das Gewurm were all clearly there and enjoying life in the newly created world.

I wasn’t quite sure why the harpsichord was changed during the interval except that I couldn’t hear the first one in Part One but I could thereafter. Perhaps there was a fault on the one Wellber began on. It didn’t detract, however, from a highly enjoyable performance of one of the finest works in the canon.