It’s a quirky but rather lovely idea for a Scottish orchestra to play two works by quintessentially English composers. The 5,000 people who packed the Royal Albert Hall to the gunwhales for this concert had clearly – and wisely – left politics, devolution, referenda and the rest at the door.

Vaughan Williams’s 1958 ninth and last symphony is a valedictory work in soulful E minor. It bears all the usual RVW hallmarks such as lush lyrical string passages in the second movement, the strident crunchy brass chords and, of course, reluctance to stick to the same time signature for more than a line or two.  Leader Laura Samuel made something pretty special of the The Lark Ascending-like violin solo and, in a spirited rendering, Wilson carefully emphasised the contrasts in texture and rhythm. He also made sure we sensed the finality and gravitas of the ending – this is a composer very close to the end of his life.

The symphony requires quite large forces which is another reason for its pairing well with The Planets. A few extra players arrived after the interval to complete the double brass and six-strong percussion section, but not that many. And then we were in for a real treat. Familiarity does not detract from the wonder of this spell-binding work played here with incisive warmth and exemplary textual accuracy. From the busy, mysterious, relentless 5|4 of Mars to the magic of the CBSO youth chorus tucked away on the top balcony (chorus master: Julian Wilkins) for remote, mystical Neptune, this was a riveting performance.  Wilson’s take on Uranus is exaggerated and comical – the man next to me (another critic, I think) actually laughed at the organ flourish. And I was much more aware in this performance than I usually am that Mercury is another name for quicksilver – the precise mood Wilson coaxes from the orchestra. The ending was the thing I shall long remember about this concert, though, as the top notes from the choir gradually silenced the orchestra. I’ve rarely head it done with such control or been so acutely aware of 5,000 people listening intently.

Another positive thing about this concert incidentally, in a week when we’ve heard an awful lot about gender imbalance in the media and the arts, is to see women so well represented in almost every section of the BBC Scottish Symphony Orchestra. Bravo. 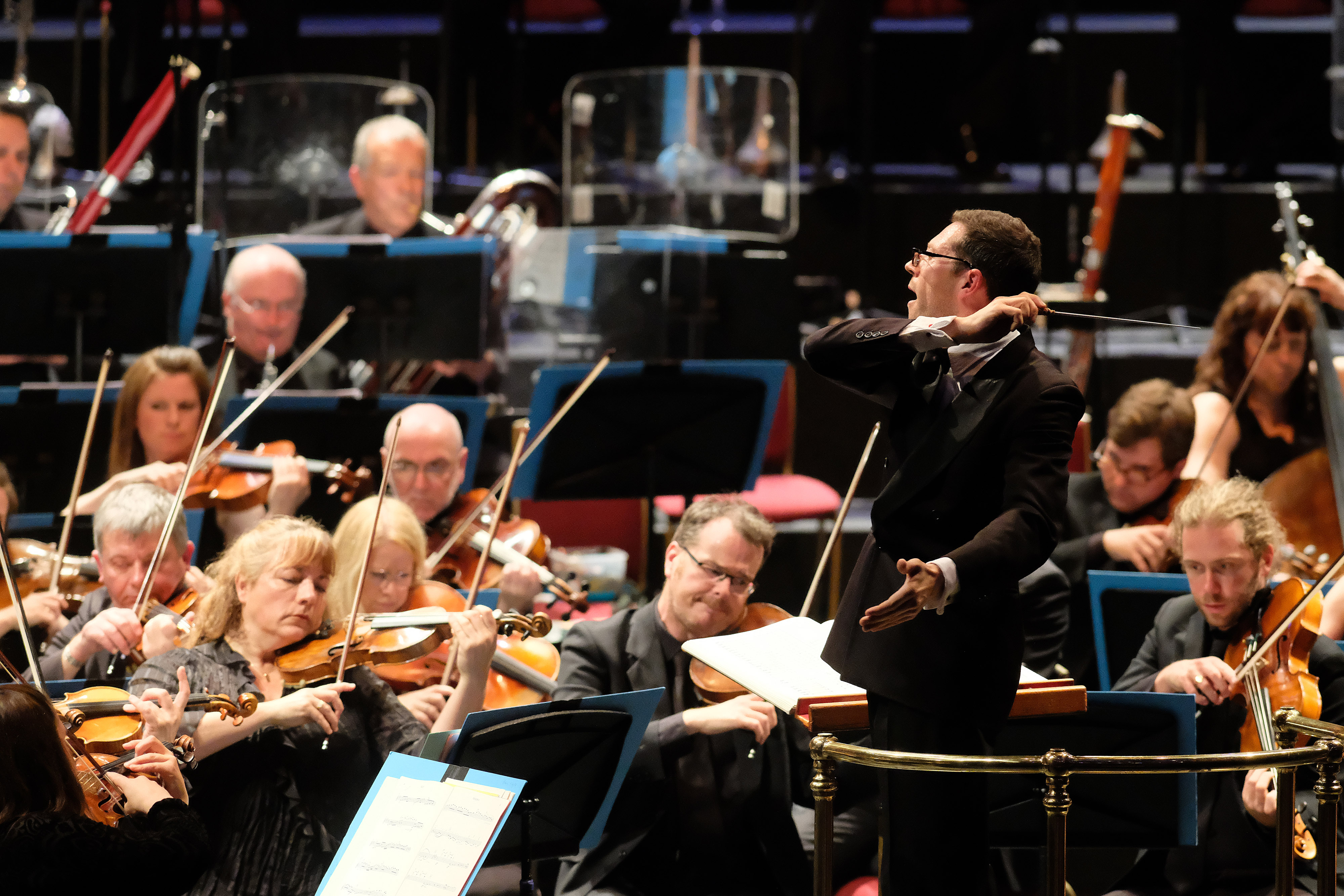