Well, it’s a very pretty piano: a fine example of high Victorian bling. It’s just a pity that Queen Victoria’s piano, on its first ever foray from Buckingham Palace, doesn’t sound as good as it looks. Stephen Hough really had to work very hard in Mendelssohn’s Piano Concerto No 1 to make this salon instrument ring out appropriately across the vastness of the packed Royal Albert Hall. The tinniness, moreover, was even more obvious in the presto by which time the pitch had begun to slip.  It’s a great credit to the ever reliable, versatile Hough that he managed to coax as much good music out of the much hyped, “star” instrument as he did – his Chopin encore was enjoyable too.  Of course, Erard’s “gilded piano” has been played very little in its 160 year history and that doesn’t help. 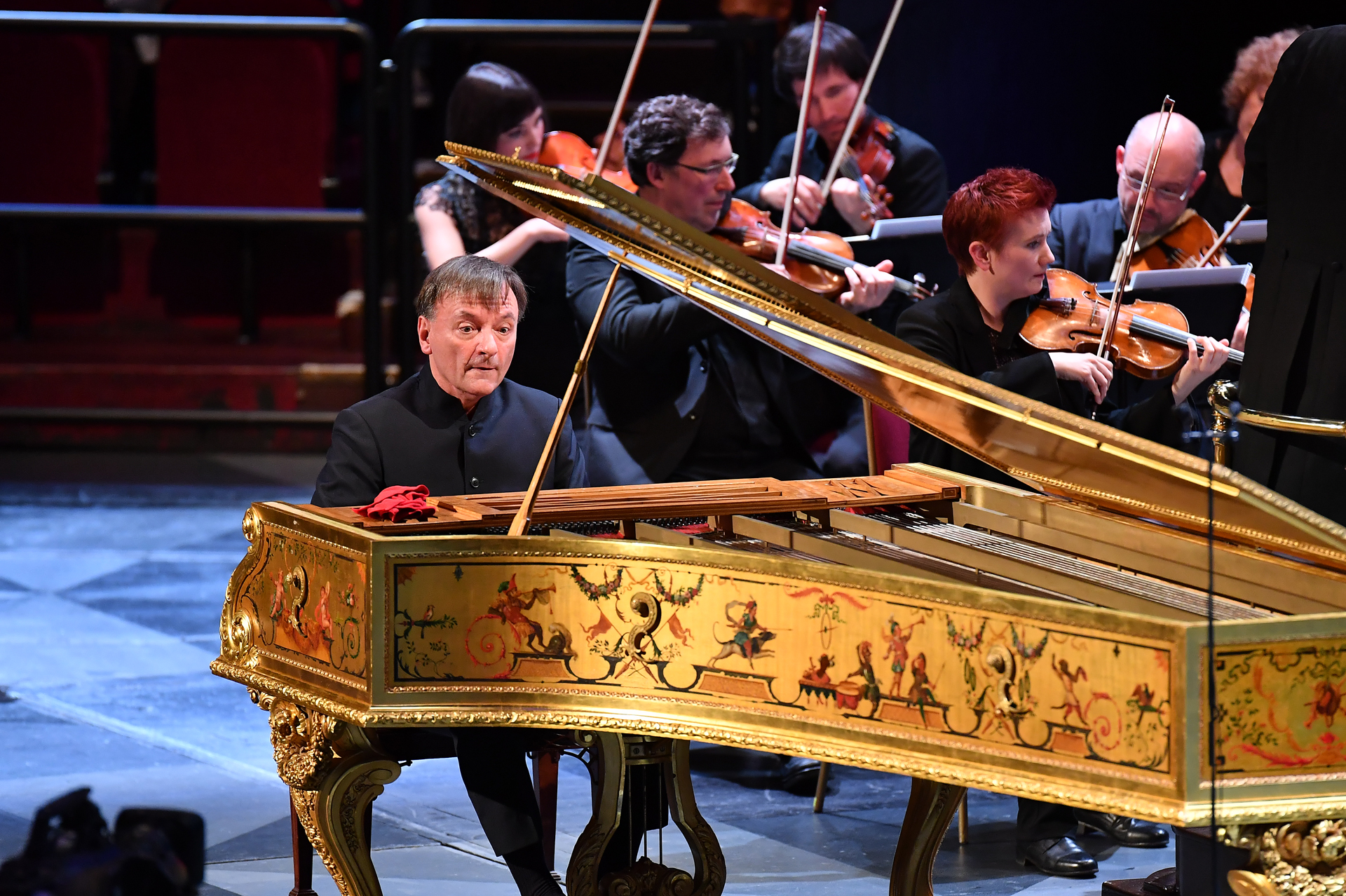 It sounded very much better after an interval re-tune, when Hough accompanied Alessandro Fisher, a very accomplished tenor, in five charming songs by Prince Albert. Chamber music is what, presumably, this instrument was intended for and the five songs are well crafted and appealing although no one would describe them as great.

The concert – certainly an imaginative concept – was designed to mark the 200th anniversary of Queen Victoria’s birth (24 May, 1819). So we began with an unusual, late Arthur Sullivan piece:  a suite from an 1897 ballet Victoria and Merrie England.  After a bit of initial raggedness, The Orchestra of the Age of Enlightenment played it with panache and it’s a treat to hear unfamiliar Sullivan being given serious treatment. The piece is full of Sullivan trademarks such as a cheeky melody, a mock-grandiose Proms-appropriate reference to Rule Britannia and then a stirring hymn.

And so to Mendelssohn’s third symphony which concluded the programme and was played stonkingly well from the nicely coloured first movement all the way to the decisive but spritely maestoso at the end. I especially liked the tightly controlled feathery strings in the vivaceand the way in which Fischer made the sumptuous melody in the adagio sing out warmly without ever wallowing in it. Fischer is a warm and cheerful conductor to watch and his pleasure in the music, the performers and the event was palpable. I was fascinated too by his unusual habit of occasionally grasping his baton in both hands and stirring a bit like a two-handed backhand in tennis. It works though. Players were clearly very responsive which is why this symphony sounded so attractively fresh.