Bernard Haitink’s final London concert was characterised by warmth, dignity and charisma. Many years ago I was at one of Otto Klemperer’s last concerts and, two generations later, it was moving to see Haitink, now similarly slow on his feet and using a stick, helped onto the platform by soloist Emmanuel Ax for Beethoven’s fourth piano concerto.

Once on the podium in front of the inimitable Vienna Philharmonic, however, all frailty disappeared. He conducted with unshowy, veteran authority using the conductor’s stool only part of the time. 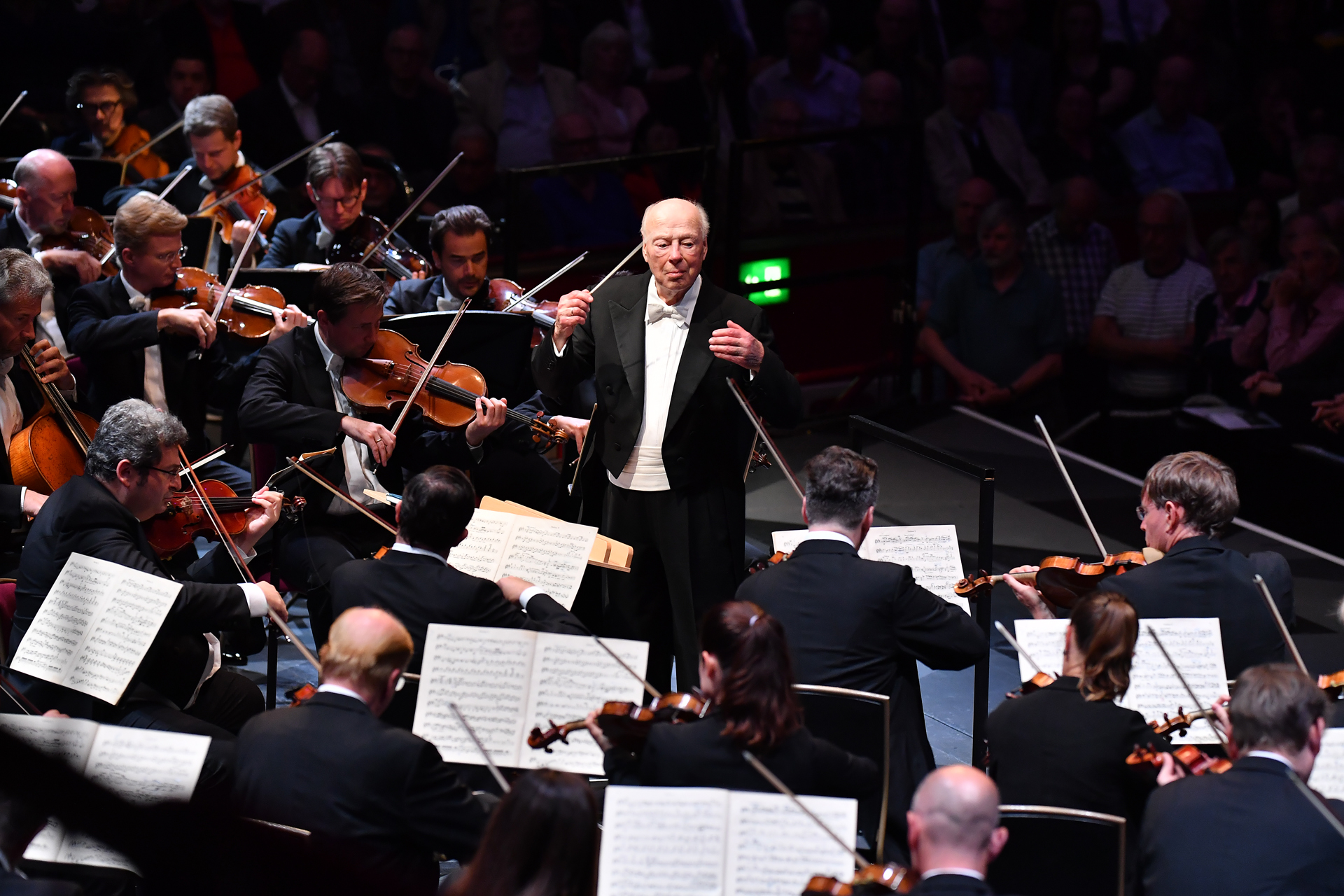 He and Ax gave us a tender, measured performance with lots of gentle vibrato in the first movement’s long cadenza as it shifts from grandioso to cantabile. I have rarely heard the andante so sensitively controlled and I admired the attractive lightness in the third movement.

Ax then gave us Schubert’s Impromptu Op 1 No 42 – an old friend – as his encore, really leaning on the contrast between the two moods it includes.

After the interval the VPO doubled its numbers (maybe six women in total) as extra brass and percussion players swarmed up the tiers for Bruckner’s Seventh. This colourful marathon is a lovely thing to hear the Vienna Phil play because from stridency to the most delicate filigree lyricism, it really gives every section the chance to strut its stuff – those trombone descending scales in the opening allegro for instance. And, given the size and length of the piece it seemed all the more remarkable that Haitink at 90 is still, apparently effortlessly, able to ensure that the dramatic dynamics are exactly that. And he conducted this work without opening the score.

Other high spots included languorous string playing in the adagio,sparky trumpet solos in the scherzo and I loved the way the woodwind interjections were led to shine through in the finale.

The Royal Albert Hall was as full and busy as I’ve ever seen it for what was effectively a pretty atmospheric farewell party. Bernard Haitink’s respectful standing ovation at the end was a richly deserved tribute.http://www.larkreviews.co.uk/?p=5478