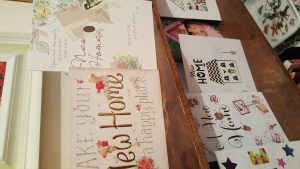 As many of you know, Mr E and I have just moved house. We’ve downsized, sold a biggish house in a Kent town centre and moved to a smaller one in the London suburbs which is where we came from in the first place. Perhaps we should have called the new house “Full Circle”. Anyway, all of this – after almost 39 years at the same address – has been a huge learning curve. Here are ten things I have learned: