Sixteen months on from diagnosis and Ms Alzheimer’s is unstoppably tightening her grip. Or to put that another way I can almost see those sinister, devastating, toxic, amyloid clumps in My Loved One’s brain growing bigger and more numerous every day.

He has forgotten how to operate the microwave. All my attempts to re-teach a very simple procedure have failed so I have now given up. He can’t turn on either level of our double oven either. It confuses him that there are two. He can’t work out which switches control which and is thrown by the fact that there are two switches (on/off/mode and temperature) for each.

One evening a few weeks ago I went out about 5pm and left the oven on for him.  “Just put this pie in when you’re ready and give it about 25 minutes” I said and wrote it down. When I spoke to him before my show started a couple of hours later he reported that: “The pie wasn’t very nice. Cold in the middle” I suppose he didn’t time it properly or put it in the wrong oven. So that’s another strategy which clearly doesn’t work.

Until recently he could warm, say, a casserole though in a saucepan on the hob. Then a couple of weeks ago I left some potatoes, all prepped and in water in the pan, for him to cook and eat with a cold meal. When I got home the saucepan was a burned out, charred object – although I did, eventually, manage to save it with a lot of bicarbonate of soda and elbow grease. Fortunately he had noticed and turned off the hob. It was cold when I found it. If he hadn’t done that? Oh dear. At that point I decided against leaving him anything which requires heating or cooking.

So choices are now pretty limited when I am out working in the evening. Fortunately he’s always liked salad (barring tomatoes and cucumber). Just as well because he now has to eat a lot of it and I’m rapidly morphing into Catford’s most creative salad maker so that he doesn’t have to eat the same thing two days running.

I arrange it prettily on a plate, cover it with cling film and put it in the fridge. We’ve both been vegetarian since the late 1970s so I have to find non-meat/fish protein to add to it.  I’m a dab hand with all sorts of lettuce, shoots, peppers, chicory, cress, carrot, fruit, nuts, marinated/fried tofu or Quorn, hard boiled eggs, pulses, cubes of cheese, herbs, seeds and so on and on. Infinite variety, like Cleopatra.

At present it works – with instructions to eat it with bread and butter which he still seems to know how to assemble.

One of the questions professional assessors (nurses, occupational therapists et al) routinely ask is about ability to prepare food independently. The answer to that would now have to be “Not really.”

Part of the problem is that we’re both rather inflexibly locked into a life long habit of eating our main meal in the evening although I have started sometimes  giving him an eggs-on-toast type hot snack at lunchtime so that he doesn’t feel he lives on an exclusive diet of cold food. Actually, come to think of it, he probably wouldn’t notice but I’d feel I was selling him short. And of course when I get an evening at home I cook nice, hot things for us.

The bottom line is that the time is coming – and it’s coming frighteningly fast – when I shan’t be able to go out and leave him alone in the evenings at all. And I really find the prospect of not being able to work very alarming indeed. It’s my mainstay. It’s real life. It’s what keeps me sane and (reasonably!) sensible.

I phone MLO a lot while I’m out. I also write a schedule for each day telling him what I’m doing, what he’s doing, what’s happening, where I shall be and what sort of time I expect to be home. I have to print it in large letters as you would for a child.  It usually keeps him calm although there was one occasion recently when he rang me in a panic to tell me that there was a lot of traffic in our street (accident on parallel main road although he hadn’t worked that out) and he was worried about me. My car was on our drive. I’d gone out by train. Heaven knows what jumbled thoughts were alarming him.

If, Ms Alzheimer’s, you were a real person rather than a metaphorical construct of my imagination, I’d tear your bloody eyes out. 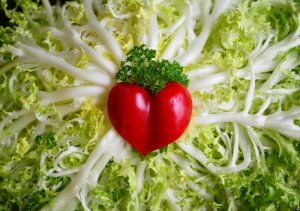