I doubt that Animal Farm has ever been more current. With politicians busy dictating to the populace about the minutiae of everyday life while disobeying their own rules, never has “Do as I say and not as I do” seemed more apt and it’s all there in George Orwell’s seminal 1947 novel. You don’t even need to labour it, as Emmanuel Akwafo and Jonathan Kaufman, co-directors of this quite sparky 90 minute adaptation, understand very well. Nonetheless the parallels still bring you up short.

A cast of six play all the roles, using elbow crutches to suggest each animal’s four legs. Hats with ears – and convincing animal movement by actors – are used for characterisation but I must say the doubling is sometimes confusing. Accomplished actors use different voices and accents for characters though and that helps.

Anton Rice gives us a formidable military Snowball in a badged cap and then Moses the Raven flapping about preaching and speaking in a Jamaican accent. Evelyn Craven is powerful as the revolting, transparent, terrifying Napoleon and Emma Reade-Davies works hard and well doubling Old Major, Mollie and Squealer in three different voices. Christopher Lucas’s solid, indefatigable (almost) Boxer is quite moving and I really liked Hjalmar Norden’s take on the common sensible, plain speaking realistic donkey, Benjamin who steadfastly refuses to accept the rewriting of history. Georgia Jackson, meanwhile, brings all the required decency and delicacy to Clover.

There are, however, some problems with this production. The playing space on Mayow Park’s old bowling green is quite “theatrical” with a balustraded walk way at its back but it is very spacious. This means that the actors are often a long way from each other and seem to have difficulty hearing each other at times. At one point, at the performance I saw, the whole thing ground to a halt because a cue had been missed. Of course these professional actors quickly pushed it back on track but it felt awkward. Moreover there are issues with radio mics. In some cases – most notably Hjalmar Norden – the mics seemed hardly to be working at all although for other actors they were fine. It meant that too much of what Norden said was lost while mics worn by some of the others faded in and out.

I’m also puzzled as to why Tchaikovsky’s Pathetique symphony was chosen to highlight Old Major’s speech at the beginning and again at the end. Peer Gynt for the animals’ post revolution  euphoria is a bit odd too. 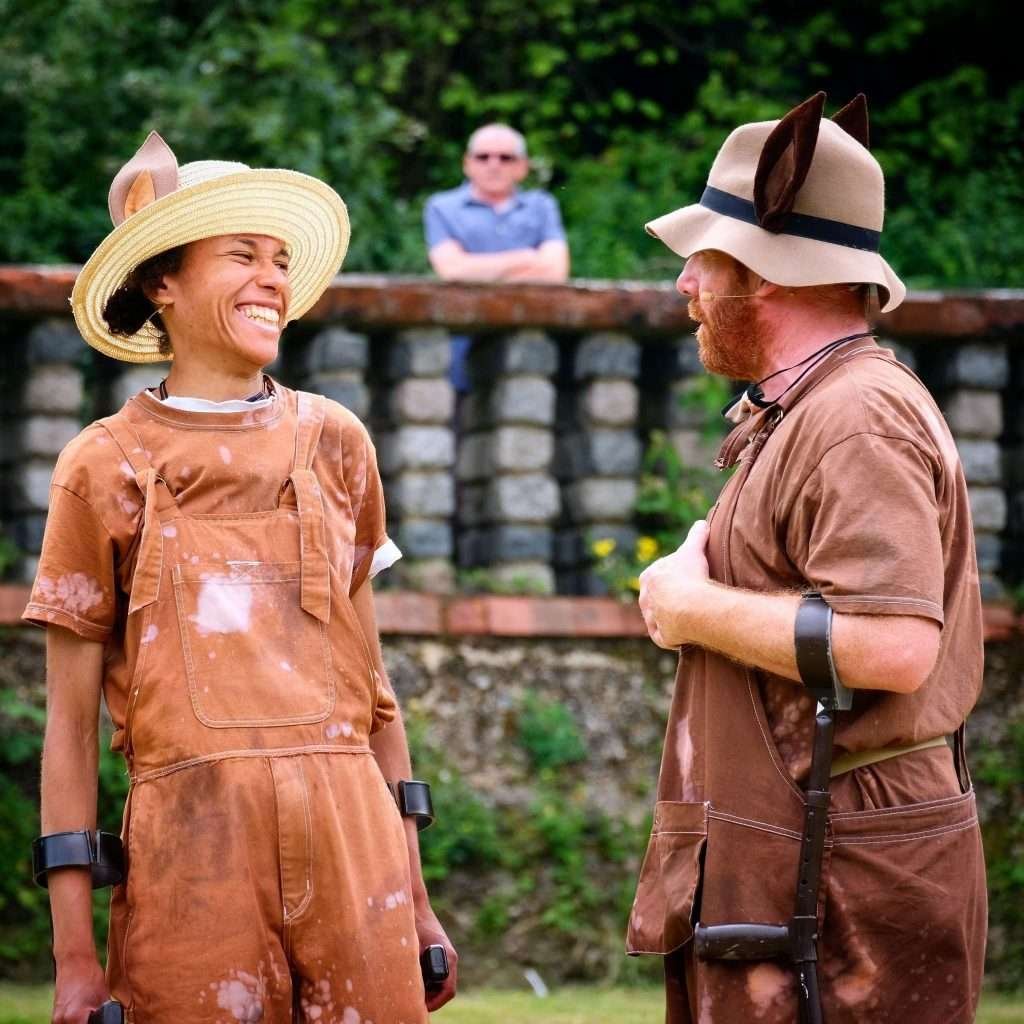 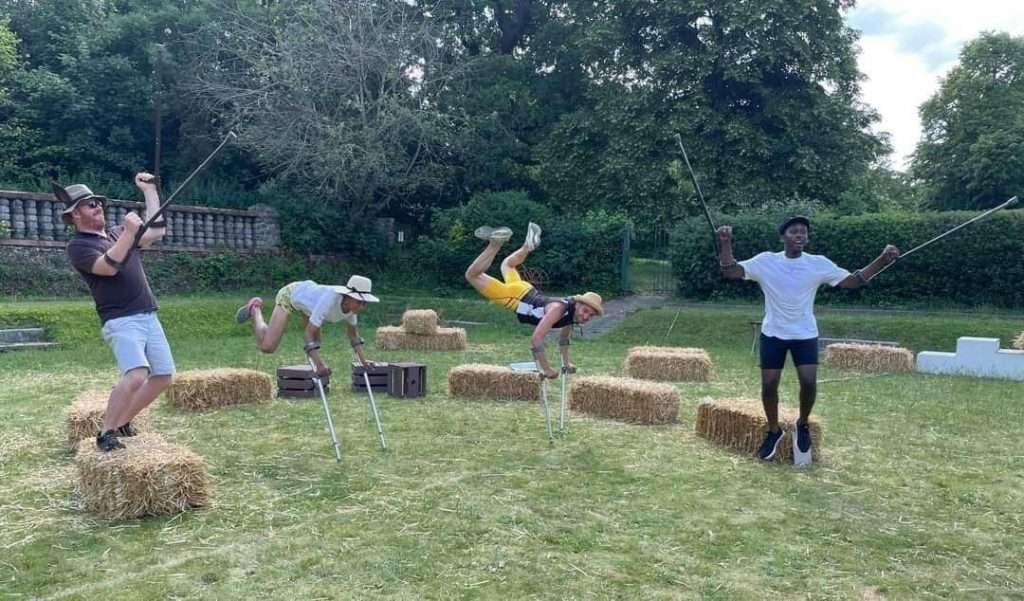 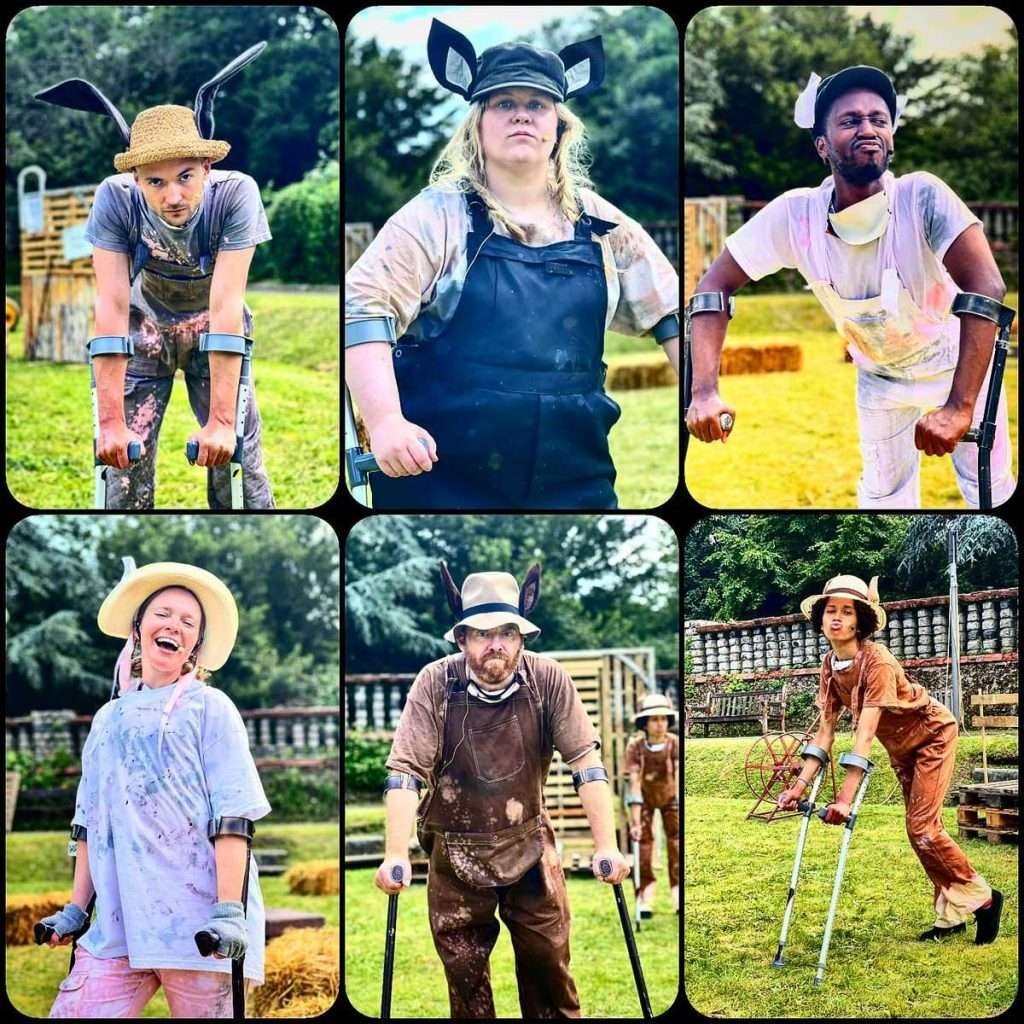 This review was first published by Sardines: https://www.sardinesmagazine.co.uk/review/animal-farm-professional/