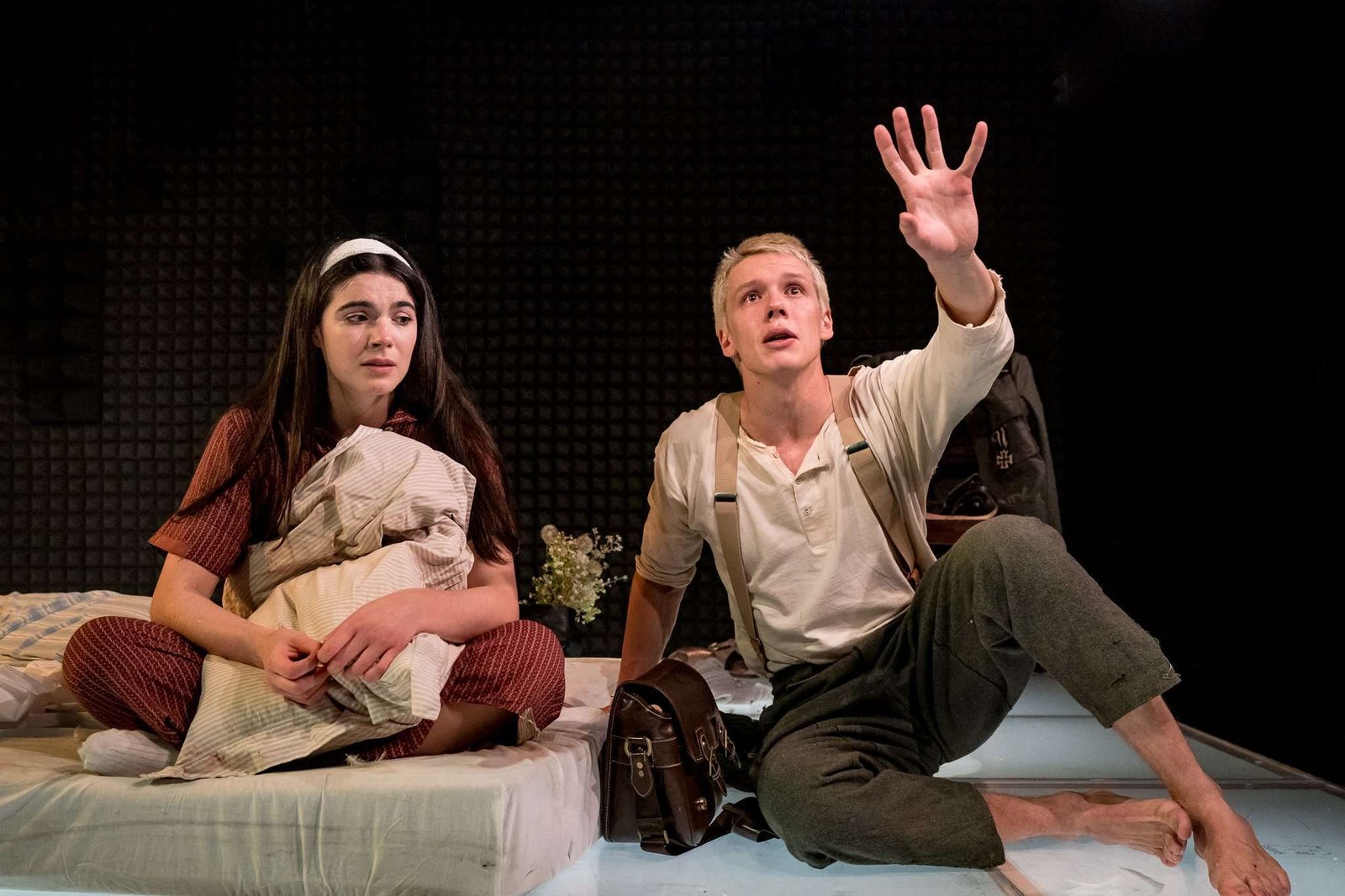 The story of young love thwarted by circumstances is a well worn path with landmarks such as Orpheus and Eurydice, Tristan and Isolde, Abelard and Heloise and, of course, Romeo and Juliet. This time we’re in Chartres at the end of the Second World War for a two-hander in which a German boy and a French girl are clandestinely enjoying each other’s company. It’s very sweet with a lot of charm and wit but it also packs quite a gutsy punch because of course it can’t end well – although playwright Rita Kalnejais gives us alternatives to ponder.

Otto (Freddie Wise) and Elodie (Katie Eldred) meet in a room in a house abandoned by a Jewish family – an irony because although Elodie knew and respected Mrs Levy, Otto idolises “Mr Hitler” and believes that the future with a “clean” nation of Germans looks wonderful. Another irony is that Germany has already lost the war. The D day landings have happened and the Americans are in Paris but deluded, indoctrinated Otto is convinced that he will be part of the force to march into Britain the next day, During the night that Otto and Elodie spend together, Katy Hurstwick’s sound design provides Lancasters overhead and a lot of menace – all outside the cocoon that the lovers are in – with the egg she has rescued and is incubating in his cap because chicks are a symbol of new life and hope.

Under Chirolles Khalil’s direction Wise and Elded work exceptionally well together. They have mastered the use of awkward, evocative silences for example and there’s a great deal of wordless communication – sometimes funny, often poignant and always effective. Eldred makes Elodie fresh, truthful and yearning – her character’s epilepsy, notwithstanding. It is very clear why Otto is so taken with her despite her being, effectively, on the “wrong” side. Wise (hair dyed blond to make him look more stereotypically German) brings a tragic vulnerability to Otto. He is really only a boy doing what he’s told and believing what those who’ve trained him have told him. Both actors are Drama Centre graduates (Eldred in 2018 and Wise in 2017) and clearly ones to watch.

Jermyn Street Theatre – almost at full capacity on press night – is the smallest producing house in London and it’s good to see it in good form, punching well above its weight again after all the problems of the last 18 months. 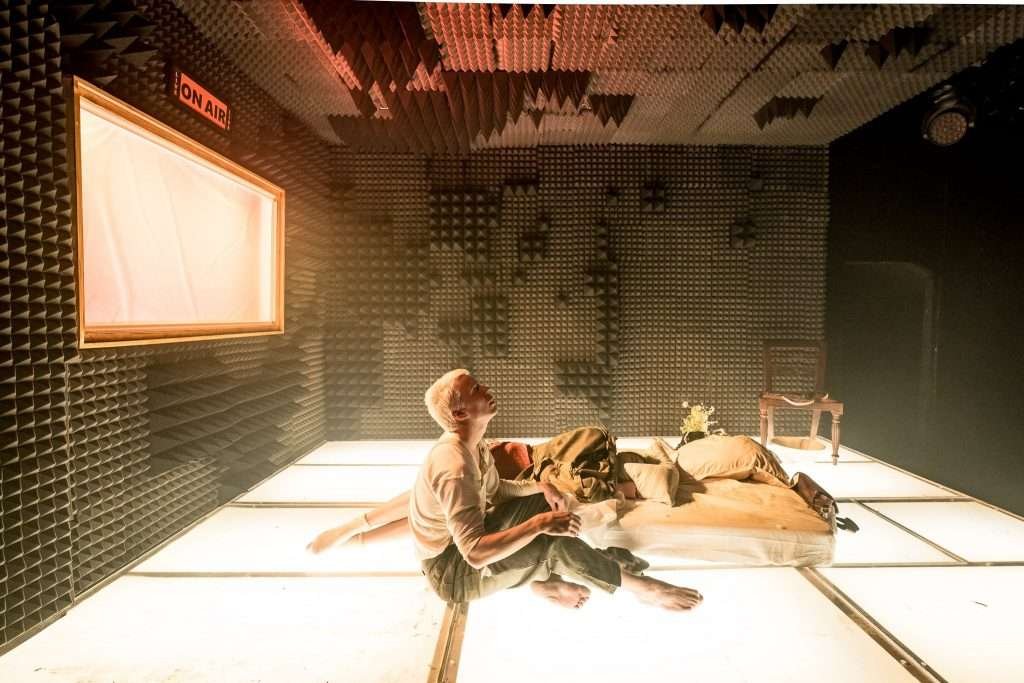 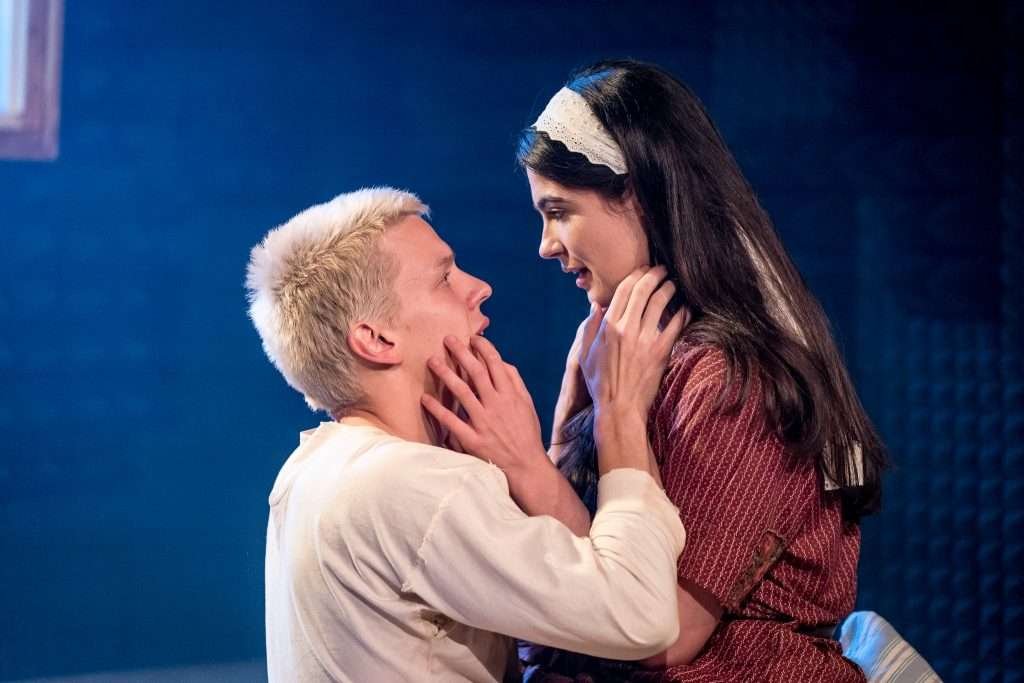 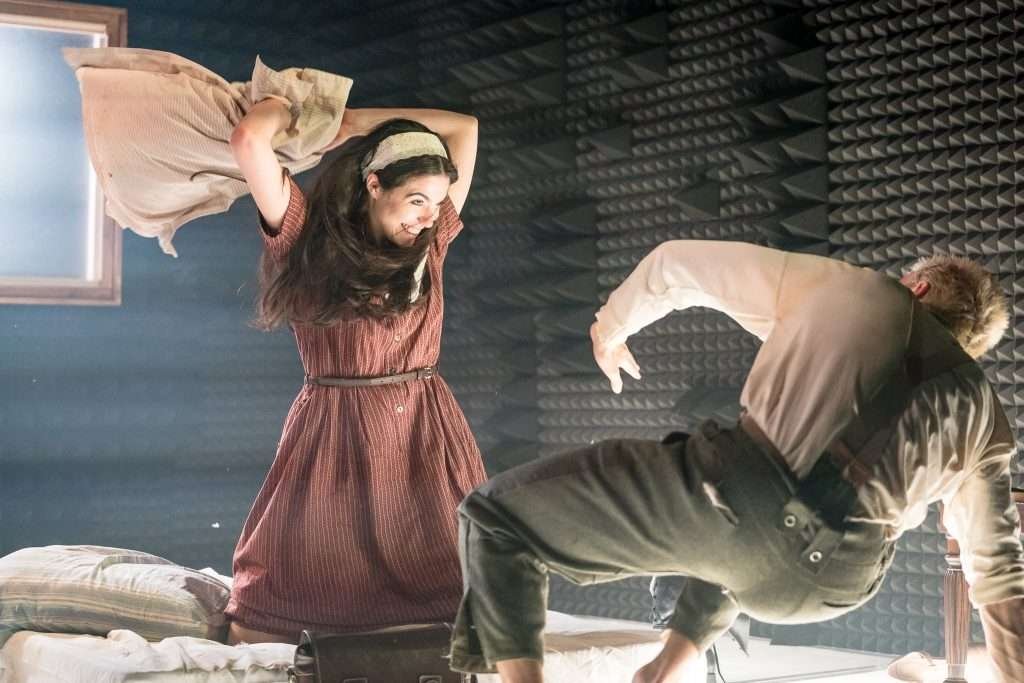 This review was first published by Sardines: https://www.sardinesmagazine.co.uk/review/this-beautiful-future/