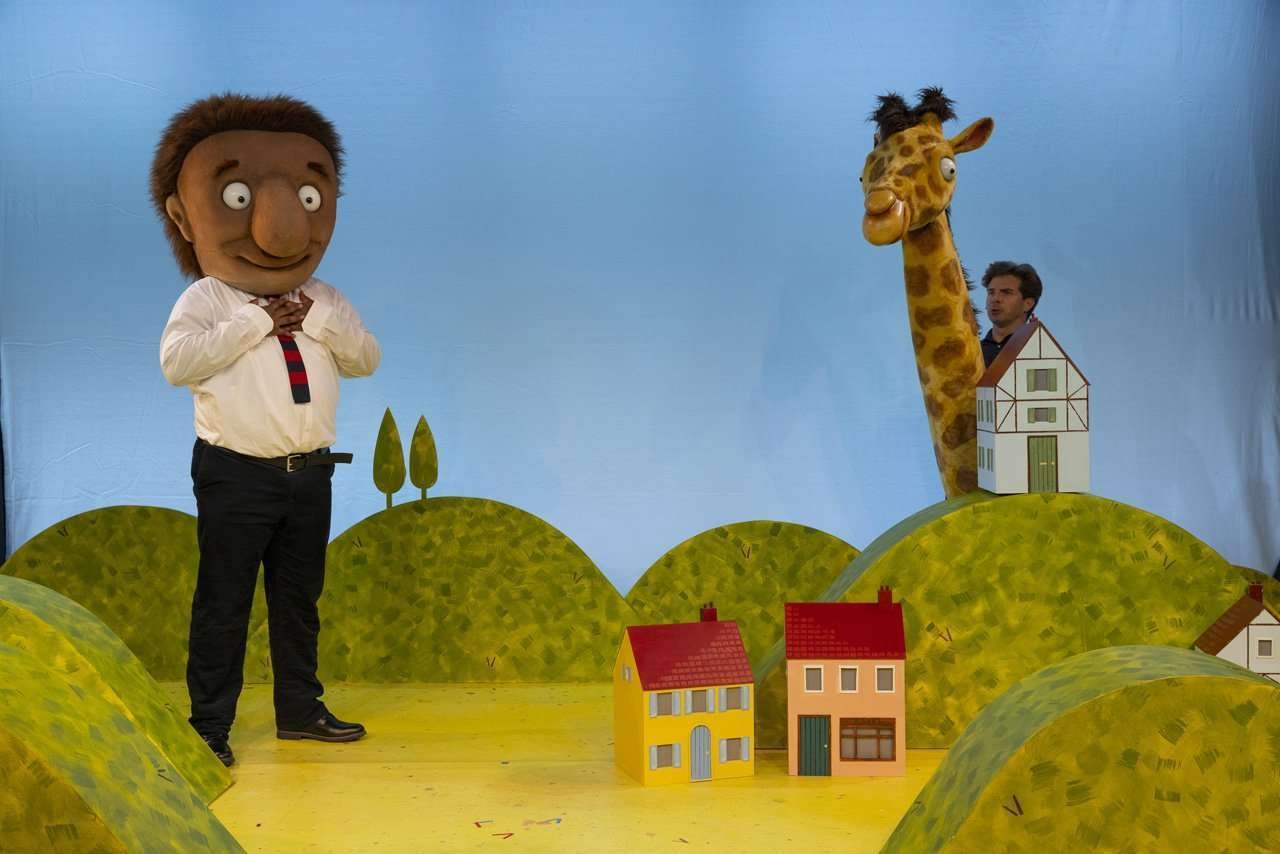 Show: THE SMARTEST GIANT IN TOWN

The Smartest Giant in Town

Julia Donaldson’s story (in case you’re not on story sharing terms with any tinies) tells of a scruffy giant who is furnished with smart new clothes which, step by step, he gives away to others in need. Thus, 45 minutes later he’s the kindest giant in town rather than the smartest.

This is a sweet and engaging account – as respectful both to Donaldson’s story and Axel Scheffler’s illustrations as it has to be because it’s probably familiar to every pre-schooler in the room.

Barb Jungr’s lilting, complementary music adds an extra dimension complete with harmonies nicely managed by Lizzie Wort, Gilbert Taylor and the giant Duane Gooden clad in a massive head-encompassing mask which must be very hot to work in.

The best song is cumulative and a causer of earworms thanks to the deceptive simplicity of Donaldson’s rhymes and Jungr’s near one note melody. I left singing “My tie’s a scarf for a cold giraffe”, “My belt helped a dog who was crossing a bog” and more.

Because this is a Little Angel production (in its relatively spacious, airy studio theatre rather than the main house) the puppetry is very charming. There’s a particularly appealing sequence with a family of mice whose house has burned down.

Wort and Gilbert both contribute excellent voice work and lots of smiles when they’re acting as human beings rather than puppeteers. 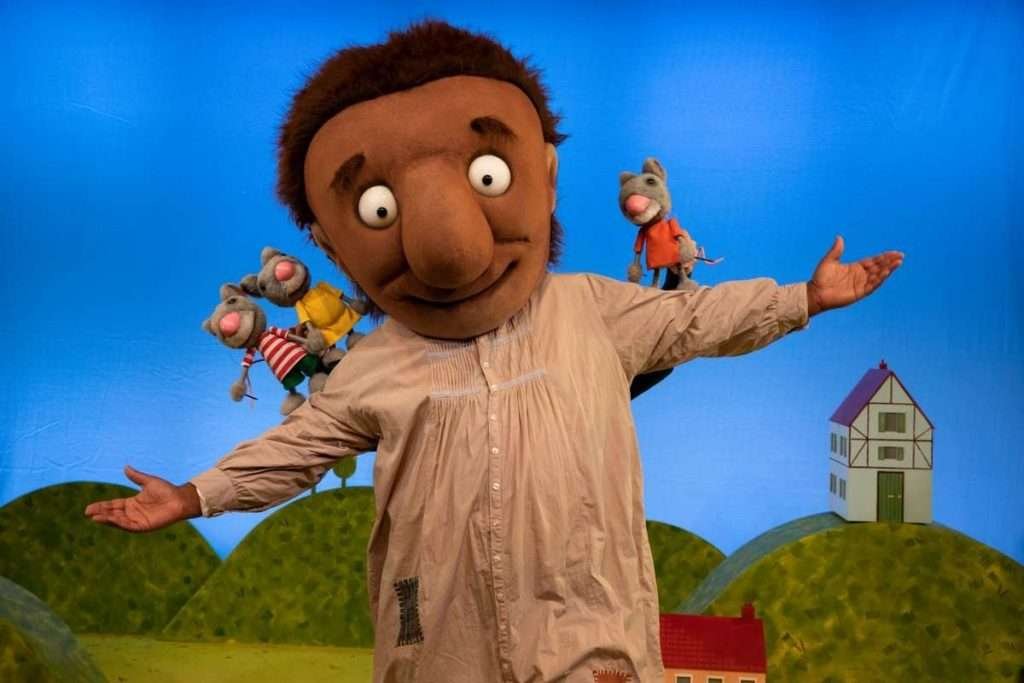