Susan’s Bookshelves: The Blue Lenses and Other Stories by Daphne du Maurier

Having discovered Rebecca in my mid-teens I then went on to gobble up everything else Daphne du Maurier had ever written.  And since she lived on until 1989 I also had over twenty years of reading her new work as it was published. Unusually, but like Dickens and AS Byatt, she could write arresting short stories as well as she could novels. The Blue Lenses and other Stories was originally published in 1959 and later in Penguin. I remember first reading them – no could possibly forget the title story – in the 1960s although the Penguin copy on my bookshelves dates from the 1980s.

The stories are now republished afresh by Virago under the title The Breaking Point and other stories which is a bit misleading because there is no story with that title. It’s the same eight as before – all substantial 30-40 pagers, most of them subdivided into chapters. And I’m struck afresh by just how versatile Du Maurier was and how far her imagination ranged.

‘The Blue Lenses’ is about a woman who has surgery to save her sight through the application of, well –  blue lenses. It is very successful except that when the bandages are eventually removed she finds that she has a different sort of sight. Let’s call it insight because I don’t want to give too much away. It’s weird, otherworldly and disturbing. It’s interesting that two very successful  films  Hitchcok’s The Birds and Nicholas Roeg’s Don’t Look Now were based on Du Maurier short stories published in other collections. Hitch could have done something pretty alarming with ‘The Blue Lenses’. I wonder why he didn’t.

There’s absolutely no sameiness in these stories. Deborah  in ‘The Pool’ is a prepubescent girl  staying for the summer (with her younger brother) at her grandparents’ country house. She dreams, imagines, explores the grounds and disappears from reality. I actually worked out where it was going but I’m not sure if I had vaguely remembered it from years ago or whether I anticipated the end then too. ‘The Archduchess’ reminded me both of Animal Farm and The Gondoliers and ‘The Menace’ is  a very funny story about a sexy, world famous Holloywood film star  who came from Herne Bay, wants only porridge to eat and is actually as unsexy as could be –  apparently.

Then there’s a deeply chilling account of a hideously abused child in ‘The Lordly Ones’ and a sensitive (think Death in Venice) story about an ageing gay man who gets exploited by the family of the young man he takes a fancy to.

I’m really glad to have rediscovered these stories. Sadly my old Penguin copy didn’t survive the re-reading and fell apart as ancient paperbacks are inclined to. Worst of all was that the final page of the last story was missing so I had to download the Virago version. Good. That comes with a useful introduction by Sally Beaumann and means that I shall have to read them all again. 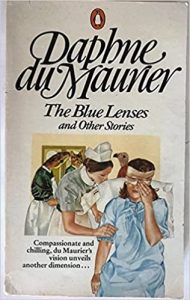