Biographies written in the nineteenth century tended to be hagiographic or, at least, selective in what they told the reader. Think of Elizabeth Gaskell on her friend Charlotte Bronte, for example, or the way William Rossetti frustrated later biographers by destroying his sister, Christina’s letters and papers after her death in 1894.

Then, a generation or two later along came Lytton Strachey and he was having none of it. There’d been a war which changed attitudes for ever and his 1918 mould-breaking Eminent Victorians looked at the lives of four famous, widely idolised “heroes” of the century – Cardinal Manning, Florence Nightingale, Dr Arnold and General Gordon – and debunked the mythology, thereby, probably, changing the nature of biography for ever.

Strachey came from an accomplished family. His brother James is still read widely as the translator of Sigmund Freud and his sister, Dorothy Bussy was a novelist and artist.  His forebears achieved military distinction. Lytton was a founder member of the Bloomsbury Group (Virginia Woolf, John Maynard Keynes, Vanessa Bell, Duncan Grant et al) who busily smashed every convention they could in the first half of the 20th century. As Dorothy Parker quipped – they lived in squares, loved in triangles and painted in circles. Michael Holroyd’s 1967 biography (revised in 1994) of Strachey – who died in 1932 – is a masterly account of his life if you want the colourful details. 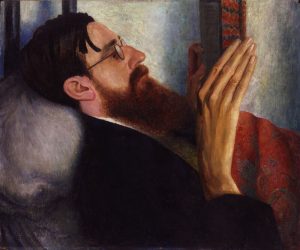 Of course Strachey’s four Victorians were inarguably high achievers in four different fields but each of them also had flaws – lots of them –  and his are well researched, warts-and-all accounts. Thus we see Machiavellian Manning, about to convert – Shock! Horror! – to Catholicism –  picking apart the language of the 39 Articles by playing absurd logistical games which would have put WS Gilbert to shame as he schemes his way, literally, to eminence.  And if Mrs Shuttleworth, wife of the Bishop of Chichester, wasn’t the model for Trollope’s Mrs Proudie then she certainly could/should have been.

How exhausting Florence Nightingale must have been to know – issuing orders, writing reports and dogmatically refusing to listen to anyone else for the 54 years she lived on after the Crimean War. She would, for instance, have nothing to do with the germ science of Pasteur and Lister. For her, hospital hygiene began and ended with open windows and clean sheets.  Dr Arnold, meanwhile, is credited with reforming “public” school education during his tenure at Rugby School – part of which was the invention of the prefectorial system which formally allowed children to beat and bully other children, without actually doing much to improve the traditional, narrow curriculum.

As for poor General Gordon, he really was, according to Strachey, abandoned by the British government to his gory fate at beseiged Khartoum. Months of shilly-shallying meant that the rescue force arrived too late. But he was in many ways his own worst enemy. A profoundly blinkered man, he believed that Britain should stand fast in the Sudan and therefore he disobeyed orders. Gordon was sent there, a most unsuitable man for the job, to hand the area over and retreat. Instead he insisted on doing his own thing. Reading Strachey’s account makes you want to nip in with a helicopter and forcibly remove this well meaning but fatally stubborn bloke to save him from himself before it’s too late.

Strachey’s tone is often sardonic, never reverent and always compelling.  He is frequently laugh-aloud funny too.  Given that Eminent Victorians is a famous “historic” text, written 123 years ago it remains remarkably and entertainingly accessible. If you’ve never read it or haven’t looked at it lately then it’s well worth a revisit. As for me, I’ve dipped into it in the past but don’t recall ever before reading it right through. I’m jolly glad I have now – not least because it has, for me, finally laid to rest a terrible 1966 film, Khartoum, in which Charlton Heston played Gordon, Ralph Richardson Gladstone and Laurence Olivier blacked up as the Mahdi. Oh dear.  Enough said. Lytton Strachey is much better. 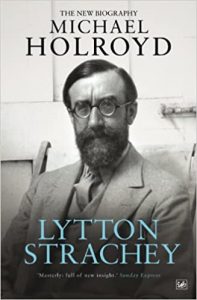 Next week on Susan’s Bookshelves: Dangerous Women by Hope Adams