Iain Burnside is a commensurate communicator. Witness his often quirky, but always fascinating, programmes on Radio 3 over the years and his 5 star piano playing especially when he’s accompanying and particularly in lieder. Lucky are the students who study with him at Guildhall School of Music and Drama where he is a professor. 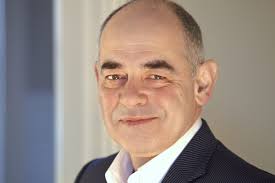 Swansong is, at one level, a warm and vibrant recital of Schubert’s last fourteen songs which the Viennese publisher Tobias Haslinger hooked together and marketed – very profitably – as Schwanengesang after Schubert’s death. At another level it’s a piece of musical theatre. Six actors deliver short monologues between the songs so that suddenly we see them from many different angles like a cubist painting. At a third level it’s a real joy to see yet another work devised and directed by Burnside in which the Guildhall musicians work with their counterparts in drama to present something which is as integrated as it is enlightening.

The piece is scored for a singer, a pianist and six actors. In fact here we get two excellent pianists (Michael Pandya and Dylan Perez) and four singers alongside six actors playing characters who all have a view about the composer and/or his songs over nearly two centuries – Brahms, Ivor Gurney, Haslinger, Franz von Schober, a cleaner and a modern student.

Harriet Burns, soprano, brings lots of warmth and passion along with a knowing twinkle in both eye and voice to the opening song Liebesbotschaft. James Robinson’s tenor and both baritones, Andrew Hamilton and Henri Tikkanen pack plenty of drama and colour especially in Die Stadt. All four voices blend well in the final Die Taubenpost.

Each of the actors does a fine job too. Burnside has ignored conventions of period so that all the speech is very modern, along with the costumes. It reminds you – rather neatly – that nothing changes and yes, the laundry maid would have known all about Schubert’s sickness once she started finding mercury stains (“they mix it with lard and rub it on the sores”) on the sheets.  Jordan Angell’s Haslinger is a spivy type who tells the audience to “cut me some slack, will you? And Declan Baxter’s Gurney, complete with authentic Gloucestershire accent, locked in City of London Mental Hospital, is both appealing and pitiful. The trouble with this approach is that without a programme you might struggle to work out who is who but it’s a minor gripe

Overall this is a pleasingly original, high quality hour of music and drama – not quite a concert, not quite musical theatre and not quite an illustrated talk. Maybe Burnside has invented a new performance art form?

This review was first published by Lark Reviews http://www.larkreviews.co.uk/?cat=3