Taking Ms A to the Wedding of the Year

Of course, Ms Alzheimer’s, who tagged along with My Loved One and me, was the least welcome guest but she’s not, unfortunately, a presence you can simply strike off the list of invitees.

I drove us both (or should that be the three of us?) to nearby Alfriston on Friday where we stayed overnight in a hotel with my sister and brother-in-law. Logistics were complicated and I tried to tell MLO only what he needed to know from hour to hour. I feared that otherwise that he’d get very confused. And I was right. He kept asking me on Friday whether lots of people were coming (including when we stopped – just the two of us) for a pub lunch in Burwash. He ricocheted all day between thinking we were going somewhere to celebrate our Golden Wedding Anniversary (coming up next spring) and it being a birthday party for our son, who was actually born in March but, thanks to Ms A, calendar awareness is slipping away rapidly.

For the first time ever I had to supervise his packing closely ensuring that he had the right shirt, cufflinks, tie, decent socks etc as well as the suit which I carefully laid on the backseat of the car. Unfortunately I missed the fact that there was no razor in his wash bag so he had to make do (grumpily) with my little plastic one. Packing a male razor has never, until now, been on my radar – but I’m learning.

On Saturday morning he found he’d forgotten how to tie a tie. Absurdly (considering I did it every day at school for seven years) so had I. Later, my very efficient nephew tied the most perfect Windsor knot for MLO and made him look suitably respectable.

The arrangement was that I would leave MLO in my sister’s charge early Saturday morning while I drove my car into Brighton so that it would be in the right place at the end of the day. I then met MLO and co at the register office, having trained it into Lewes with other family members after brunch in Brighton. It all worked out but I have to say that MLO looked bemused and puzzled for most of the day. He was OK during the really rather lovely ceremony (poem read by GD3 and her bridegroom dad – tears all round) but of course after that there were a lot of people all thoughtfully trying to talk to him but actually fazing him even more. Great, of course – and a sort of break for me, incidentally –  to have every single member of the immediate family on hand to watch out for him.

I’d been asked by the best man (whom I’ve known for 40 years since he and the marrying son were in nursery school together) to make a mother-of-the-groom speech. There wasn’t, of course, a person in the room who didn’t know why they were getting me rather than the bridegroom’s father. I quipped – I’m fairly used to addressing crowds one way and another – that it was a blow for feminism. The truth was sadder.

A sit-down meal, chosen/collected from the cooking area isn’t ideal for MLO either. He has become shaky on his feet, clumsy and no good at squeezing through tight spaces. So I told him to sit still while I fetched him some food. Another problem is dizzy spells which are, apparently, a recognised Alzheimer’s symptom in some sufferers. It’s just one more example of Alzheimer’s being much, much more than memory loss and that’s rarely understood by people who haven’t lived with it. In MLO’s case it means he really can’t stand about – which is exactly what you do at weddings often for quite lengthy stretches of time. Wherever we go I seem to be continually looking for places he can sit down and the wedding was no exception although being in the presence of so many understanding people helped.

He has never liked loud music and the evening’s entertainment was a live seven piece Soul band for dancing – and very good they were too. Predictably, MLO found the volume stressful and he spent quite a while sitting outside with our other son who fielded his dad with unobtrusive care. Hurrah for a brilliant family.

We were booked on the earlier hired bus back to Brighton with the two youngest GDs and our elder son and daughter-in-law. By then – 10pm – I’m not sure who was more tired and disorientated:  MLO or GD4, aged 3, who’d had a wonderful day wowing people as a very engaging bridesmaid to her mum.

On Sunday, and since then, MLO was/has been able to remember and talk quite coherently about the wedding and some of the people who were there. And he seemed relatively focused on Sunday when the new Mr and Mrs E returned to their home which was still full of unwinding over-nighters, and we handed back the children. I doubt that it will be long, though, before it all falls off his brain’s hard drive.

Ms Alzheimer’s is a ruthless companion. She makes no exceptions for weddings however special and memorable they are for everyone else. 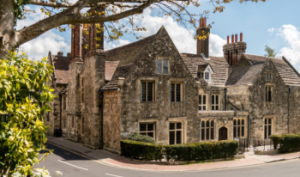