Thrill Me: The Leopold and Loeb Story (Susan Elkin reviews)

Show: Thrill Me: The Leopold and Loeb Story

Thrill Me: The Leopold & Loeb Story

This production of Stephen Dolginoff’s take on the story of a pair of young, 1920s Chicago murderers, was originally staged at Hope Theatre when its director Matthew Parker was Artistic Director there. Featuring the same two actors, it has worn well.

Set at the time of Nathan Leopold’s 1958 (successful) parole hearing the account of robbery, arson and eventually murder – all fuelled by, and bound up with sexual frisson and the relationship between the two men – is unravelled in a series of flashbacks. It’s taut, tense and profoundly disturbing because of their total lack of moral compass.

The quality of acting is remarkable. Bart Lambert as Leopold twitches, talks with his fingers which stray like white slugs across his often manic face while his eyes gleam with – at different moments –  desire, menace, chagrin and cunning. He’s a very dangerous young man whose main problem is that he will do anything Loeb (Jack Reitman) says if he can have sex with him. I am also fascinated by what he does with his voice. As the worn, 50-something prisoner he uses a strangled, tight, quite deep voice which connotes pain, careful self control and longing for freedom. When he reverts to his youth he sounds like a young middle class Chicagoan, full of passion, longing and hope, except when he’s frightened of what he’s getting into. It is outstanding, imaginatively nuanced work.

Reitman’s Richard Loeb is a very different character – large, confident, ruthless and totally self-centred. He manipulates Leopold with chilling, cigarette smoking calm – except when he too, eventually, gets frightened as the law closes in on him. His knowing, glinting smile is one of the nastiest things I’ve seen on stage in a quite a while. An 80 minute two hander like this only works, of course, if the two actors are totally attuned to each other and directed with sensitive intelligence – and this show ticks all those boxes.

It is actually a musical but in an oddly low key way. Pianist Benjamin McQuigg (very good), seated fairly unobtrusively upstage right, plays a near continuous score which underpins the action as it might in a film. Songs segue so seamlessly and naturally out of the dialogue that you barely notice the difference.

Lighting designer, Chris McDonnell has excelled himself in this show. We go from the gloom of the prison to the brightness of a park in which the two young men used to meet and there’s a fine arson scene in which, although it’s all done with lighting, you can almost feel the heat of the flames. 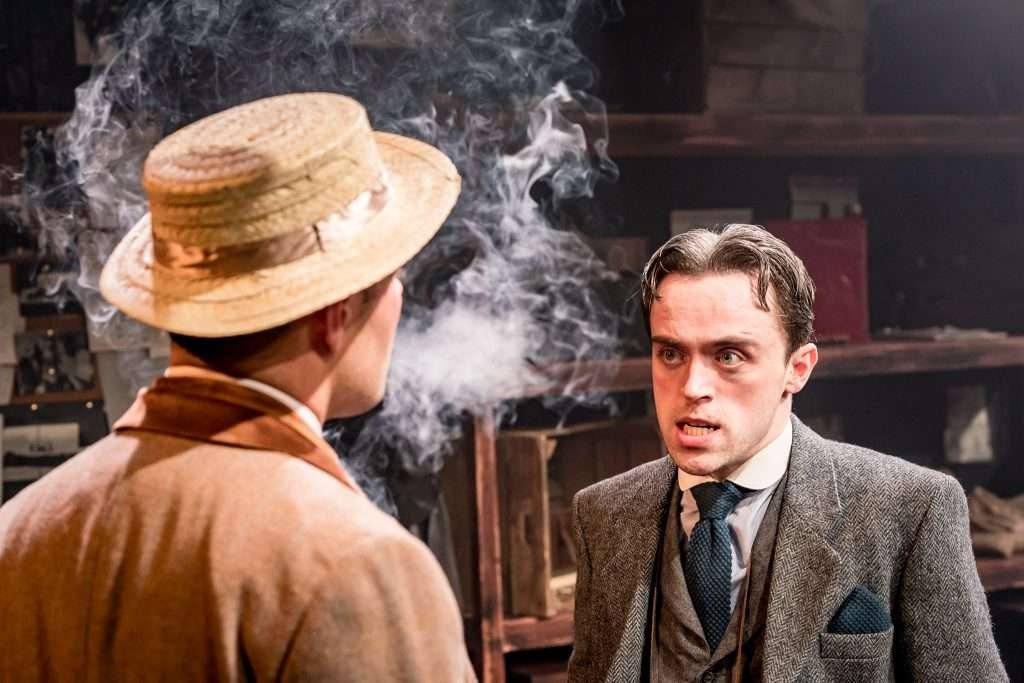 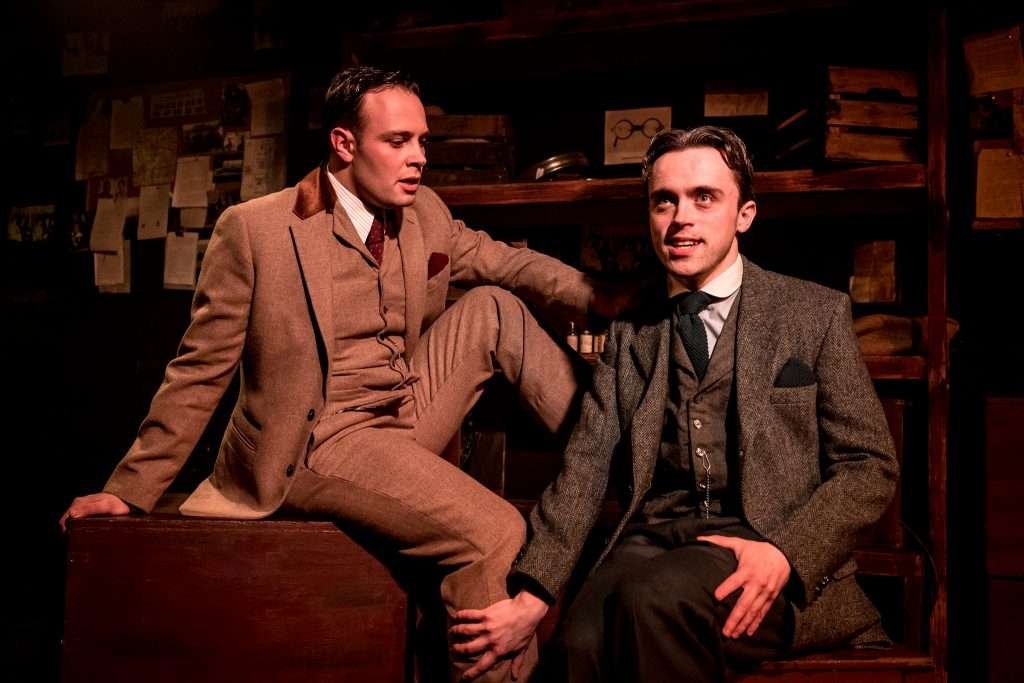 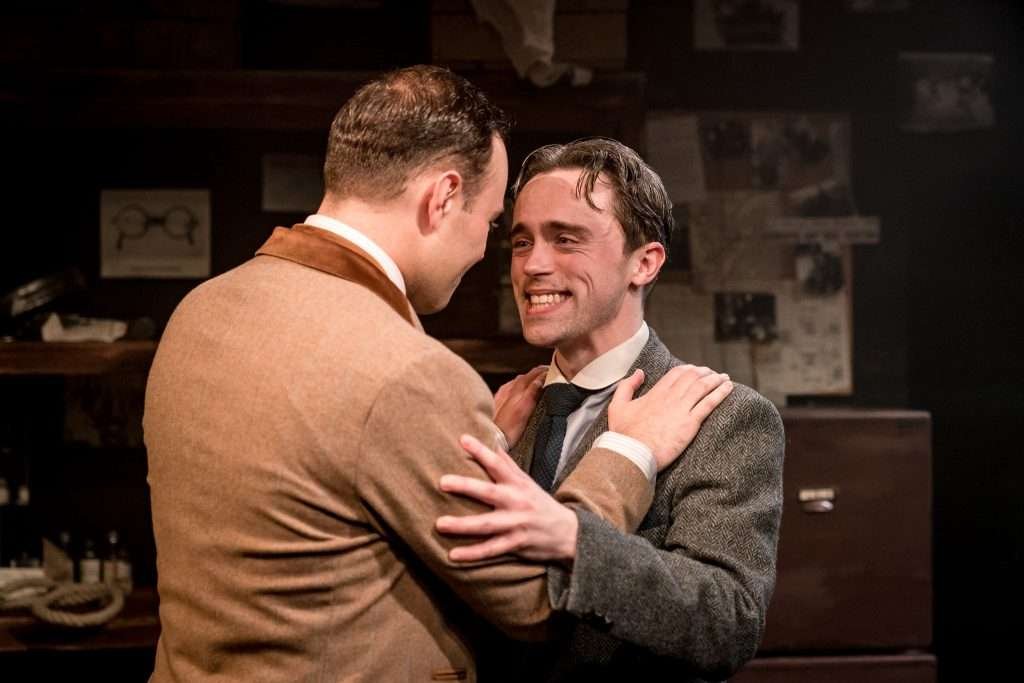 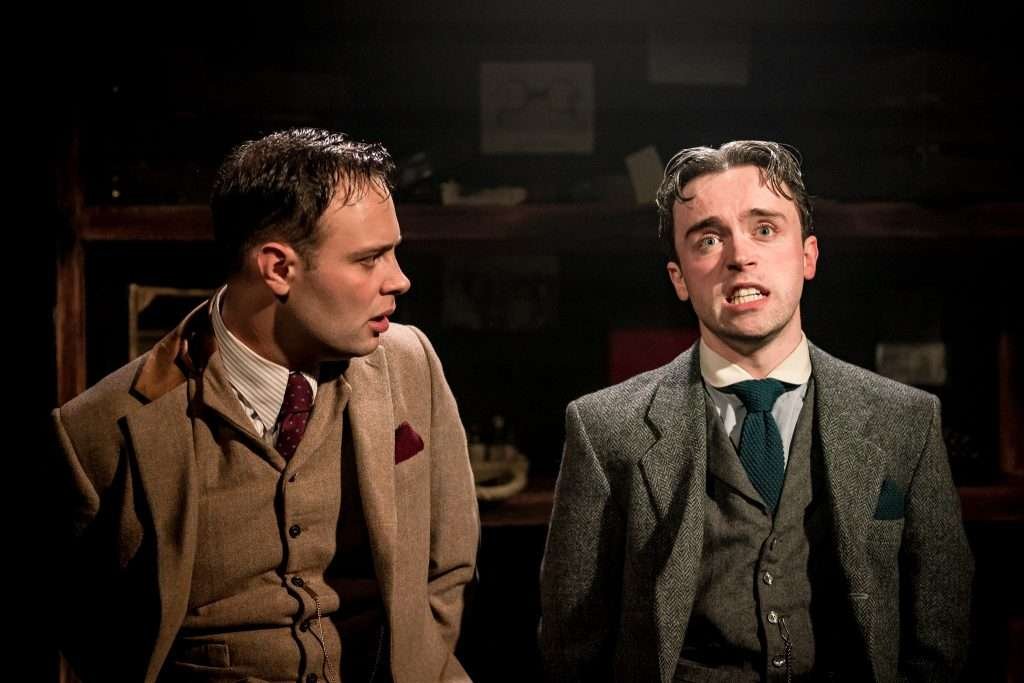