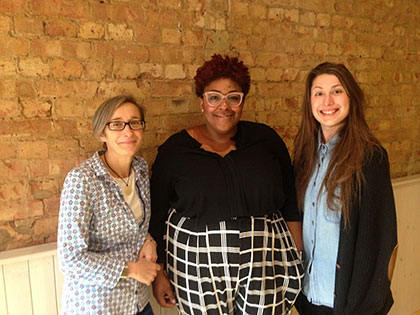 Many young people fall in love with theatre but soon discover that, for whatever reason, acting is not for them. Yet they want to be very actively involved in what happens on stage and to work with actors. Directing may be the way forward.

Yes, there’s a career path for theatre directing which usually starts with an English literature or drama degree at university or training in a drama school. There are also plenty of post-graduate degrees to help refine the skills – and from this autumn, for the first time, there’s a £10,000 student loan available for post graduate study provided that both the student and the course meet the criteria.

But what then? How do you get established as a director given that there’s no substitute for hands-on experience which is hard to come by at the beginning? Ideally you’ll find an opportunity to assist, and learn from, an experienced director but such chances are thin in the ground and it can be difficult to work your way in.

Enter the Regional Theatre Young Director Scheme (RTYDS), set up by Granada TV in the 1960s and later supported by other TV companies but they withdrew their backing during the 2008 financial crisis. Today it functions as an independent company and registered charity.

It is a scheme whereby young directors are assigned to (mostly) regional theatres and it functions at three different levels. A one-week introduction to directing can be a toe in the water for people who just want to know what the job entails. Or there are three-month placements for new directors.

Thirdly RTYDS organises a 12 or 18-month placement, for people with some previous experience and a commitment to a career in directing. The arrangement is that the participating theatre guarantees an opportunity for the trainee to direct a show.

This top tier of the scheme has certainly done wonders for Jo Newman, 26, for example. After a drama degree at the University of Birmingham she did a confidence-boosting MA in directing. Since then she has co-founded a company and tells me she just wants to “keep making theatre”. She has recently come to the end of her RTYDS 18-month placement at Salisbury Playhouse, having directed This Land, which ran in its Studio in April. Now she’s been offered a one-year assistant director post at Salisbury – clear evidence that the quality of her work is recognised and valued and that the scheme works

There are more than a hundred participants in the scheme and 25 participating theatres but who pays for it? I recently met Sue Emmas (associate director of the Young Vic) who runs RTYDS, and asked her this question. “Since the loss of the TV company funding, Arts Council England has provided £450,000 and the Esmee Fairbairn Foundation £114,000. The ACE money was for three years so re-application is now underway.” Sue and her colleagues are, inevitably, also keen to raise money from elsewhere.

Having helped to train many well known theatrical names – such as directors Michael Boyd (RSC 2002-2012) Rupert Goold (Almeida Theatre), Vicky Featherstone (Royal Court Theatre) and Elizabeth Newman (Bolton Octagon) RTYDS started afresh in 2014 with a mission to target under-represented groups. Today 69% of participants come from these groups: 48% black, Asian and minority ethnic and 15% register a disability. But when I ask about these figures Sue declares: “This is about individuals not statistics” adding that she sees it as very important “to change the stories theatres tell by changing the people at the top.”

Natalie Ibu – now artistic director of Tiata Fahodzi – participated in the RTYDS scheme in 2008. Last year she helped interview RTYDS applicants. “The three tier structure really helps with diversity and I was impressed with the breadth of diversity among the young directors I met last year” she says.

Sue hopes that RTYDS offers a training pathway, allowing people to move from one step to the next, perhaps starting with the one-week option and then doing longer placements.

Relatively generous funding means that the 25 participating theatres can pay a salary to participants on the longer placements and some pay expenses on the short ones in the interests of inclusivity and accessibility. “It isn’t much. I doubt that they do much dining out,” Sue says.

I suppose it’s all a question of point of view, age and experience because Jo Newman says: “It was more than I’d ever earned before. It meant I could pay my rent every month.”

So there are ways of acquiring directorial skills. Let’s tell the young people we work with about them.