I spend a lot of time and energy talking to theatre pros of one sort and another. Most are so passionate about the power of theatre that they want to share it as widely as possible – or so they say. Conversations with directors, dramaturgs, facilitators, outreach managers, education managers and so on are studded with words such as “accessibility”, “inclusivity” and “diversity” especially when we’re discussing young people.

So how on earth do greedy producers justify their obscene top ticket prices? Last week we heard that the best tickets for Hamilton are now £250 each. OK, so I know you can sit elsewhere in the theatre with poorer views for less but NO theatre seat is worth a quarter of a million pounds.  It is sheer unadulterated greed. And it conveys all the wrong elitist messages to ordinary people who can’t possibly pay these sorts of prices – the very ones the industry claims to be trying to attract. 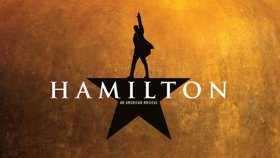 Of course there are excellent schemes to make theatre affordable to all – Travelex at the National, for example or the Globe’s excellent Playing Shakespeare With Deutsche Bank which, each March, gives free tickets to thousands of London and Birmingham secondary school students. Mousetrap Theatre Projects takes lots of families to the theatre too. And, obviously there are others.

But the greed is widespread. A few years ago we wanted to take two granddaughters to see Billy Elliot at half term. There was a deal for two adults and two children – brilliant, I thought, until I realised that the offer didn’t apply during half term week, the one time that families could make extensive use of it. How can any producer who does that possibly pretend to care about making theatre accessible? In the end the afternoon’s treat cost me over £300. The girls loved the show and still talk about how special that afternoon was. I resented the cost but forked out. What about families who simply can’t?   In effect they are precluded from most top west end shows, the ones they’ve read most about and desperately want to see?

It’s high time some producers climbed off their hypocritical high horses. They need to recognise that if they really want, as most of them claim, to make theatre accessible to all because the arts matter, then they must stop exploiting the public. Healthy profit is one thing. Using the “market forces” argument as an excuse to inflate prices to a bloated level is another. I used to define “hypocrisy” for my students as saying one thing and doing another. QED.