Yes, GCSE students DO have to see live theatre 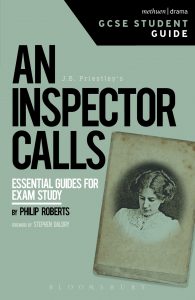 I’ve been studying the new GCSE drama specifications, once called syllabi, and talking to drama teachers. There has been widespread misunderstanding about what the new curriculum contains.  Rather than reducing the requirement for students to see live theatre, it has actually been increased.

There are four GCSE examining boards: AQA, OCR, Edexcel and WJEC.  Of these, until now, only one (Edexcel) made seeing live theatre a compulsory part of the course. That meant that roughly three quarters of GCSE students saw live theatre only if someone in their schools happened to think it was a Good Thing.

The new specifications are a great improvement. All four boards now include a requirement to see live theatre and they all specify that “live” really should mean live if possible. However, three of the four boards – AQA, WJEC and OCR –  allow digital theatre to be used instead if there is no other option.  News on the street is that that Edexcel will probably soon change its policy to come into line with the others too.

And that really isn’t unreasonable. Consider the student who’s ill and off for a term thereby missing the school trip or the school with high levels of deprivation tucked away in a remote rural spot. Or the school whose head will not allow students to come off timetable for anything – not even a practical exam – and trust me, they’re out there. Digital theatre is a great deal better than none and infinitely preferable to students being rendered ineligible for the exam by circumstances way beyond anyone’s control.

Of course live theatre is always the best option but surely it’s better for these students to see, say, an NT Live production in the local cinema for £10 or a high quality production streamed in their own schools than to be limited to a very weak, live local amateur production because the word “live” is interpreted slavishly?  It’s all the question of balance and common sense which is, unfortunately, not very common.