Youth: lots of it at Chichester Festival Theatre 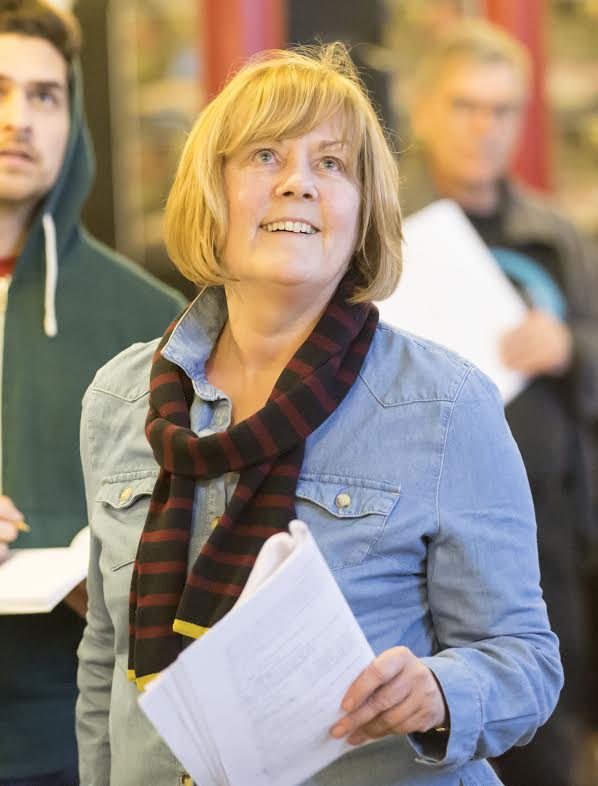 Chichester Festival Theatre’s recent production of The Enemy of the People featured two boys, alongside Hugh Bonneville and the rest of the cast. Alfie Scott and Jack Taylor are both members of CFT’s thriving and far reaching youth theatre. Not only does it offer classes and small scale shows for parents and friends but sometimes there’s also the chance to audition for something bigger, such as The Enemy of the People. Five Chichester young people are in the Open Air Regents Park joint production of Running Wild too which first played (in a different, promenade format) at CFT last summer.

“And the highlight of the year is the Christmas show when the theatre is turned over to the youth theatre” says Dale Rooks, CFT’s Education Director, adding that the 2016 show is Peter Pan. It plays to the paying public and local people simply regard it as CFT’s contribution to the festive season. “It speaks volumes for the commitment of the CFT management to Learning, Education and Participation (LEAP) that for two weeks the theatre belongs to young people who learn about every aspect of theatre from the show.”

She continues: “CFT invests heavily in its youth theatre and gives it the best possible resources so that production values are as high as for any other show in the theatre. You have to set the bar high in order to do the best work.”

CFT youth theatre works with 750 young people a week in 39 sessions across West Sussex. In addition to work at the theatre itself, there are nine satellite centres based in schools, academies, universities and the like in order to make the opportunities as accessible as possible. “We have a lovely diversity amongst our members who have different abilities and come from all sorts of backgrounds. And we have a bursary scheme to support young people from low income families” explains Dale who used to be head of performing arts at a residential school in Midhurst for children with disabilities.

“Of course as a teacher I already had links with CFT. Then my school closed in 2002 and I was offered the job of assistant youth theatre director at CFT. Since then I’ve worked up to the post I now hold.” Dale heads a department of nine full time staff and employs large numbers of facilitators to lead sessions. “About half of those are actors by training and most of the rest teachers” she says.

Youth theatre members are taught every possible aspect of making theatre including technical theatre, dance, combat, puppetry and much more as well as performing in productions. “And they work towards the Gold Arts Award which carries UCAS points so that’s another bonus.”

The local ethos is encouraging too. “Lots of school parties come to see shows at CFT and there doesn’t seem to be any difficulty getting children out of school and into the theatre. Schools and teachers are committed to it and convinced of its value”. Several times in our conversation Dale uses words such as “inspiring” “nurturing” and “developing” to describe the impact of all this on the lives of young people. “Every young person needs youth theatre!” she declares firmly.

Although youth theatre is the biggest strand in CFT’s LEAP work, there are three other fields of activity. First, there’s community engagement. “We run classes for adults aged over 25, but most are over 50, with opportunities for play writing, dance, singing, acting and so on” says Dale mentioning in passing that there are also pre and post show talks, theatre days and masterclasses. “We have a current project for people with dementia and their carers and we’re trying to establish ways in which we can operate in isolated areas, perhaps with storytelling sessions in collaboration with mobile library vans.”

Then there are career development opportunities including a traineeship scheme. “At present we have eight trainees learning jobs in, for example, production, building services and directing. CFT also runs an annual creative careers day at which it tells and shows young people what’s possible. “Almost any skill can be applied to theatre but young people typically are only aware of acting”

Lastly Dale tells me about her department’s schools programme. “We recently sent playwright Rachel Barnett into a school to run a play writing course for underachievers and the results in terms of raising attainment were excellent. So we’re hoping to repeat and extend this.” Then she mentions show-related set play boxes which CFT sends out to schools, especially primaries. “It’s a fantastic resource with a hexagonal box shaped like the theatre and including bits of props, scripts and sound recordings. “It’s ideal for kick-starting a cross-curricular project and it’s a way of introducing them to theatre” says Dale adding that these are available for a number of shows including Macbeth, The [SIC] Hundred and One Dalmatians and The Wind in the Willows.

Dale Rooks, who has already directed over 20 shows in her years at CFT, bubbles with enthusiasm and is thoughtfully passionate about the importance of bringing theatre and children together. We sit to chat on the pretty leafy terrace outside the green room backstage at the Open Air Theatre between Running Wild rehearsals and she convinces me totally of her dedication to learning. CFT and the people of West Sussex are lucky, I think.