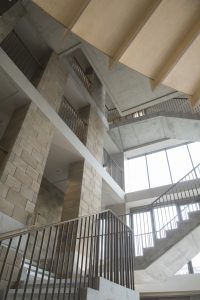 Not, as everyone, including Chairman, Shaun Woodward, said at the event that buildings are the most important factor in training. The quality of the teaching is the essence of the training.